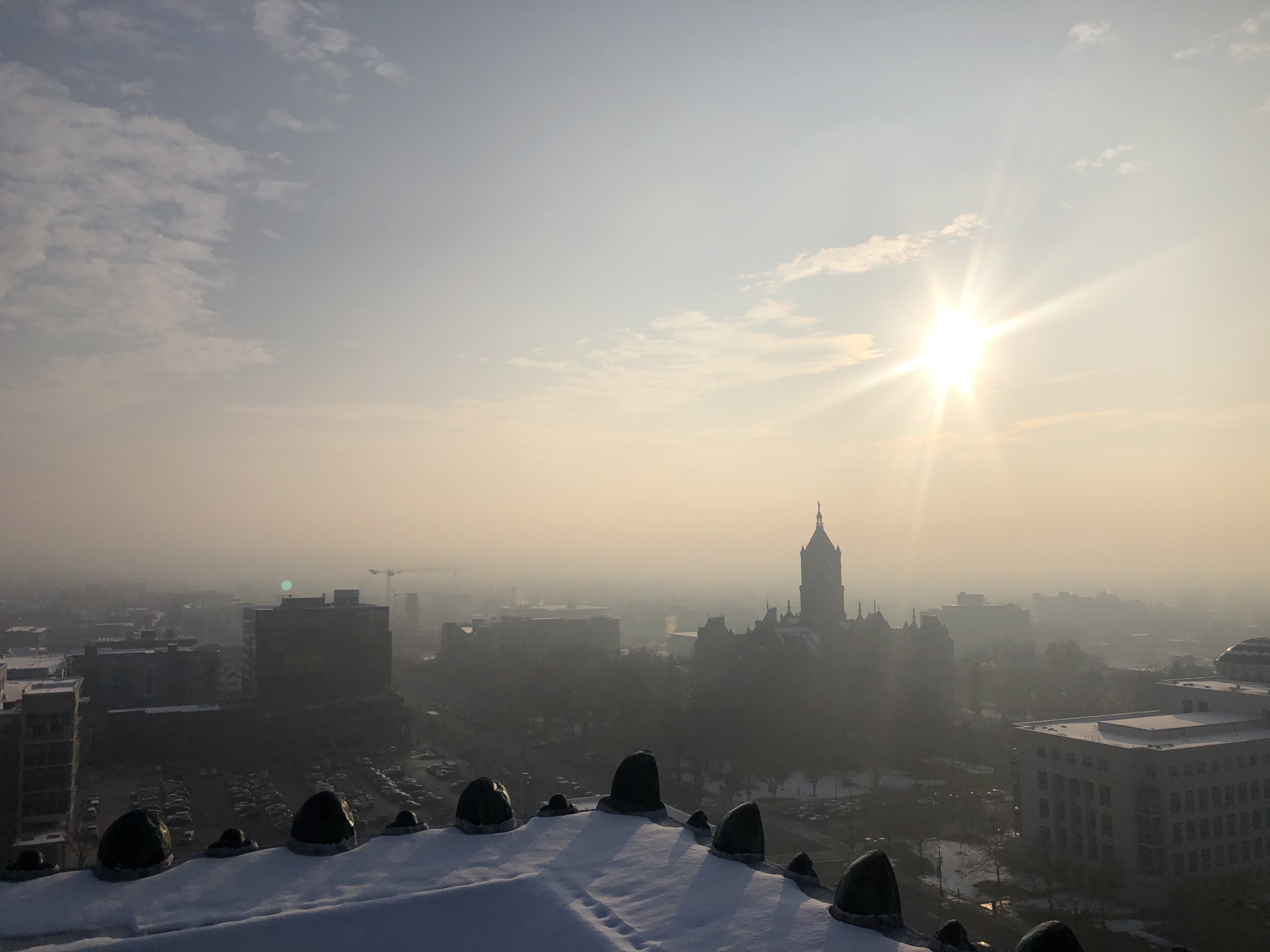 Pollution hung thick in Salt Lake County’s air this week, as the region experiences its worst inversion of the season. So we thought we’d look at what causes smog in the region.

Vehicles — including cars, trucks, planes and trains — are the largest single contributor of PM2.5, the unhealthy matter we’re all breathing deeply this week. So we thought we’d look at the latest commuting trends for the region, as reported by the U.S. Census Bureau.

Salt Lake County commuters, like many mid-sized counties across the U.S., overwhelmingly drive to work. A full 86% of people — over 510,000 people — get to work by car, according to the Census data. The ensuing tailpipe exhaust from those and other motorists and vehicles contributes nearly half of the particulate matter that is known to cause acute and long-term health problems, according to the Department of Environmental Quality.

Emissions from homes and buildings, at 39% of PM2.5 emissions, is the second-highest source of inversion pollution, and large industrial sources — think refineries — contribute 13%, according to DEQ.

[Read our spreadsheet to see how Salt Lake County compares with others nationally.]

About 10.5% of motorists, or 53,493, get to work in a two-person carpool. That rate actually ranks high among similarly sized metro areas throughout the U.S., according to a Building Salt Lake review of the Census data.

The rate of driving to commute is about middle of the pack. (See spreadsheet).

Salt Lake City has long been known as a city whose population skyrockets during the workday, as suburbanites drive Downtown and leave at the end of the day.

There are five times more people who live in the suburbs and commute into Salt Lake City for work everyday than those who live and work in Salt Lake City. And there’s a very high likelihood that they’re coming alone by car.

In response to that trend, and possibly perpetuating it, the state department of transportation — which measures its projects by how many cars it can keep moving at full speed — maintains highway infrastructure in the capital city.

Just 3.2% of Salt Lakers take transit to get to work, according to the data, while people are more than twice as likely to report working from home. Another 3% either walk or bike to work.

Salt Lake City recently surveyed residents on whether they were interested in free fares for Utah Transit Authority, which they could fund through higher property taxes, a fee on utilities or directly to the city.

Along the Wasatch Front, motorists with two or more people in their vehicles can drive in the high-occupancy vehicle lane (when that requirement isn’t suspended while UDOT continues widening the interstate).

In the few years after interstates and highways are widened, before they’re filled again with drivers, the state will have actually incentivized more motorists to commute alone, a concept known as induced demand.

That’s because “there is less incentive to use the HOV lane if the general purpose lanes are not congested,” according to a 2010 legislative report on Utah’s HOV lanes.

While UDOT is busily building new highways in Davis and Salt Lake counties and expanding Interstate 15, the Legislature is considering bumping that up to a minimum of three people in a car for the HOV lane, a change that would likely increase the percentage of people carpooling to work.

That change is being considered as part of a complicated tax cut/tax hike proposal that could involve an increase in the tax on groceries.

According to UtahPolicy.org, the tax bill could also lead to tax revenue from groceries being spent on road-building. Lawmakers are trying to quickly pass that proposal.