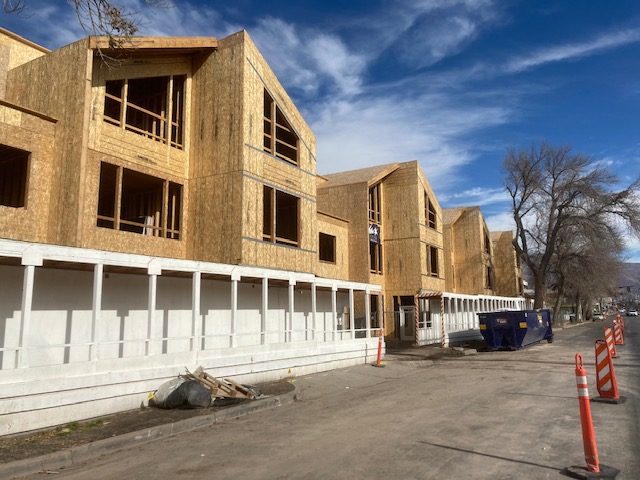 “Business on the board” for architects – a leading indicator for construction projects – slowed in September, but was still higher than in August nationally. Those gains have now been wiped off the board, as October numbers reveal that demand for architectural services for multi-family are unambiguously down.

Add those numbers to the last three months of Salt Lake City’s processing of applications, and it’s hard to avoid the conclusion that the local building industry is starting to see the effects of recession – and perhaps growing inventory and vacancy rates.

As the American Institute of Architects (AIA) Chief Economist Kermit Baker put it in AIA’a October report, “Billings at architecture firms softened considerably in October, as firms reported the first decline in billings since January 2021.”

Indeed, AIA’s numbers show a rise in institutional business for design firms, one of the few bright spots, but only for companies which do that work. For others, “Since most firms currently have robust backlogs, there may be enough work in the pipeline to serve as a buffer against a downturn,” Baker writes.

A look at the last three months of activity in the Salt Lake City Planning office also shows a slowdown in projects seeking approval from the city. While it may provide relief for an understaffed department, the numbers are looking like a trend.

Rents and vacancies up

While most of the slowdown in applications is likely due to inflation in construction and financing costs, the growing inventory of multi-family units coming on line may also be a factor. Data compiled by Dejan Eskic at the U. of Utah’s Gardner Policy Institute found nearly 14,000 apartments currently under construction in Salt Lake County in a September report.

While rents are definitely up, the Eskic report finds, vacancies are rising precipitously in Utah’s capital city. According to iProperty Management’s numbers, as of November 13, Salt Lake City’s rate is at 9.3%, up 36.8% YoY. However, Utah’s overall rental vacancy rate is 5%, still below the national average of 6%.