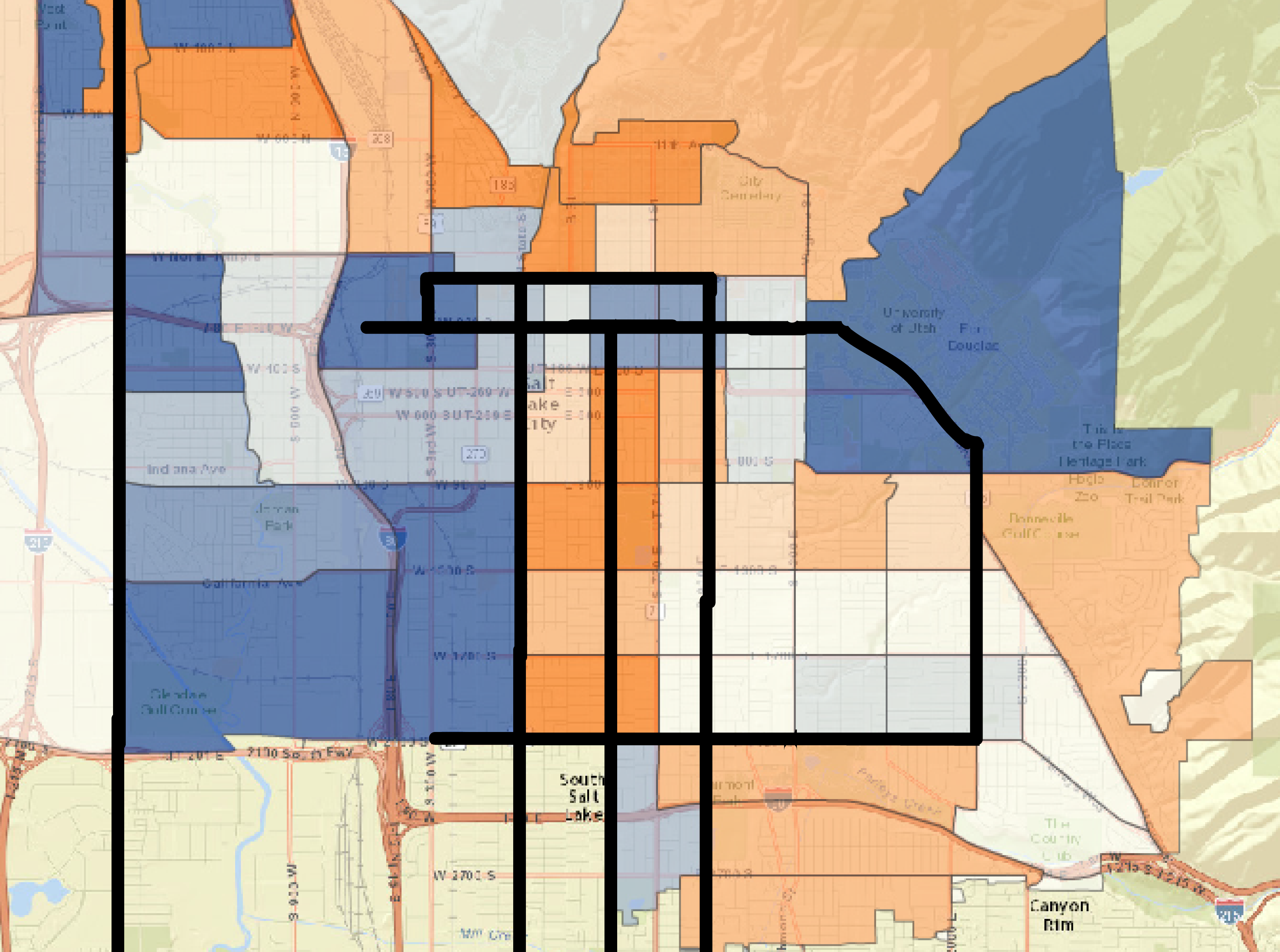 Over half of city residents do not have convenient access to bus service.  Building Salt Lake analyzed 2010 census data and found that an estimated 46 percent of Salt Lake City residents live within relative proximity to a 15-minute frequency bus, while many of the fastest-growing sections of the city have no high-frequency bus service.

Building Salt Lake used census tract data compiled by the University of Utah’s Utah Community Data Project (UCDP) and compared it to the route maps for Salt Lake City’s six high-frequency bus routes.  Building Salt Lake included only census tracts that had a high-frequency bus pass either directly through it or within a few blocks of where the majority of residents live within a given tract.

Just two of the census tracts with the largest population gains between 2000 and 2010 had a high-frequency route pass through its boundaries.  Census tract 1014, which includes the University of Utah has two 15-minute frequency routes, the 21 and 2 routes.  Census tract 1025, which includes the Depot district and downtown’s west side, has the Intermodal Hub, the terminus for many of the high-frequency bus routes that pass through downtown, within its boundaries.

The other census tracts that had significant population gains are located in Salt Lake’s west side which has only one high-frequency route, route 17 that runs along Redwood Road.   Redwood Road acts as the western border for much of the residential zones south of North Temple.

Robin Hutcheson, the director of the Transportation Planning Division, told members of the city council in a meeting last month that “the hours and frequency of service don’t match the needs of city residents.”  According to Hutcheson Salt Lake residents make shorter trips than the regional average and want more higher-frequency buses that run later hours.

The city is currently working on a Transit Master Plan that will call for improved bus service in the area.  But the city will need new revenue to be able to provide expanded service.