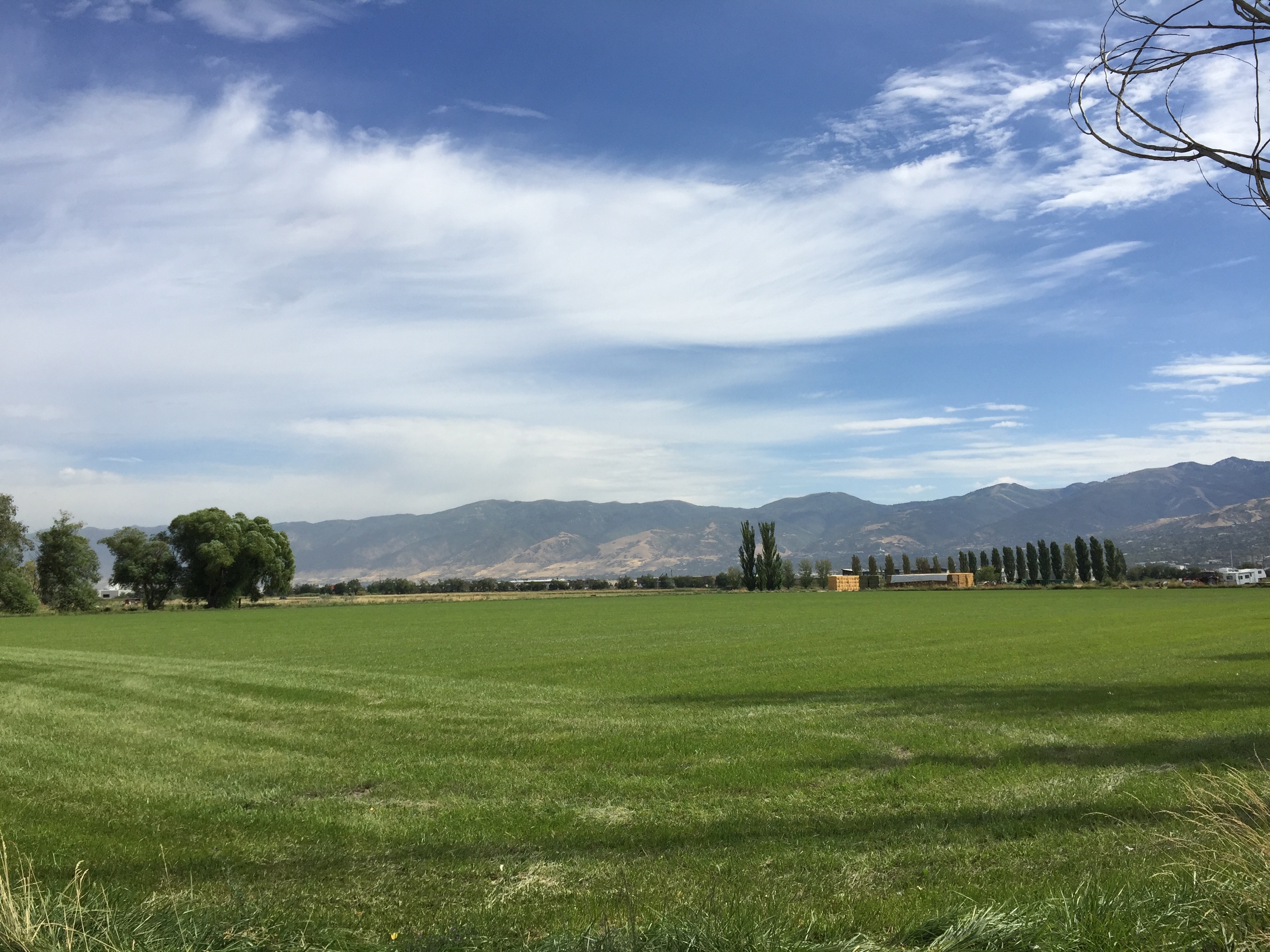 The Salt Lake County Council may decide tomorrow (Tuesday 9/10) whether to cede 399 acres of farmland north of the Salt Lake City airport to North Salt Lake.

The Davis County municipality, currently dominated by industrial uses (including the refineries north of Downtown), is committed to improving roads and delivering services to the area.

It is acting in response to intensifying development pressure currently seeking to build sizeable residential and office park projects.

Even though its legal status puts it in the unincorporated county, Salt Lake City includes the area within its Westpointe neighborhood council boundaries. The City even published a Northpoint small area plan in 2000.

That plan calls for preservation of the area’s agricultural heritage but marks over half the area for office park development.

North Salt Lake officials, on the other hand, say that if the area’s going to develop, it should be with them.

Why is development even happening here?

In a County Council work session two weeks ago, Councilman Max Burdick noted that “there may be vesting here,” and Councilwoman Amy Winder Newton spoke in favor of the annexation for “property-rights” and “local control” reasons.

A Sandy developer, Dave Tolman, has 125 acres under contract to purchase from the Drechsel family in the event of a North Salt Lake annexation. He wants the new neighborhood to be market-rate but says to “expect pricing for rents and homes to be lower than costs in the SLC, Bountiful and NSL City areas,” he stated in an email. The large development is currently penciled to have 1,100 units.

Its legal viability isn’t contingent upon the annexation.

Let that sink in. It’s not just that an 1,100-unit development may be built on Salt Lake County’s agricultural zoning. Add the following to the list of conditional uses allowed: airport, correctional institution, dude ranch, fur farm, golf course, stockyard, slaughterhouse…and large housing developments under the umbrella of a Planned Unit Development.

You get what you zone for

Salt Lake City, for its part, removed residential developments from its agricultural zoning in 2017. Owners of agricultural land in the Northwest Quadrant (now inside the Inland Port area) previously had the right to build housing on quarter-acre lots.

Salt Lake City’s old agricultural zones also contained in their purpose statements that they were holding zones for future residential development. That language was removed in 2017.

Across 2200 West from the Drechsel property to the west, Ivory Development has about 440 acres under contract, at an assessed value of over $18 million, located in Salt Lake City.

The American Farmland Trust concludes that in the 20 years between 1992-2012, 31 million acres of agricultural land was lost to development in the U.S. That’s equivalent to all the farmland in Iowa or the entirety of New York State.

In Utah, the National Resources Inventory calculates that in the 30 years between 1982-2012, nearly 425,000 acres of open space were developed.

Northpoint’s proximity to the sensitive ecosystem – and floodplain – of the Great Salt Lake is another factor complicating development there.

In the airport’s shadow

Officials at the Salt Lake City International Airport seem to consider the Northpoint area part of their backyard. The Drechsel family property is not far from the flight path of the airport’s third runway – about 500 meters by Building Salt Lake’s estimate.

Up to this point, the airport’s calculation of noise levels and its application of FAA noise regulations have limited residential development in the area. But civil engineers for the developer told the Salt Lake County Council that noise levels in the area were below those allowed by the FAA.

Brady Fredrickson, the airport’s senior planner, contested CRS engineers’ numbers and urged the council to deny the petition for annexation. He told Building Salt Lake that he expects Holman’s development to be voided by the noise requirements of the airport overlay zone.

Regardless of restrictions placed by the airport, without sewer, the area’s development potential is crucially hampered.

Family members of the Cross E Ranch, immediately north of the proposed development, spoke to the Deseret News of their frustrations with transitioning their farm to include an event center. “We just want to have the freedom to do what we want on our ground,” Heather Limon told the County Council. “It’s hard to do that without a flushing toilet and protection from fire.”

LaVal Drechsel spoke of his family’s 911 calls being bounced back and forth from Salt Lake City to North Salt Lake to Salt Lake County.

Six property owners along 2200 West, most of them farmers, have signed an official petition with the County consenting to annexation.

North Salt Lake officials have been meeting with developer Tolman about design concepts and necessary upgrades to Center Street and 2200 West to handle new traffic.

No agreements have been made, informal or formal, between North Salt Lake and the petitioning residents, North Salt Lake City Manager Ken Leetham said in an email. All of the residents who spoke to the County Council, however, expressed expectations that sewer, police, and fire would follow annexation.

“If this property is going to develop,” Leetham told the council, “North Salt Lake is the only community that can provide services to this area.”

What that will cost is unknown. Greenfield development is becoming a bigger financial burden for municipalities than in the past, as construction, maintenance, and operating costs for providing services rise faster than property tax revenues. City Manager Leetham says that cost-benefit analyses of providing services to the area have yet to be done.