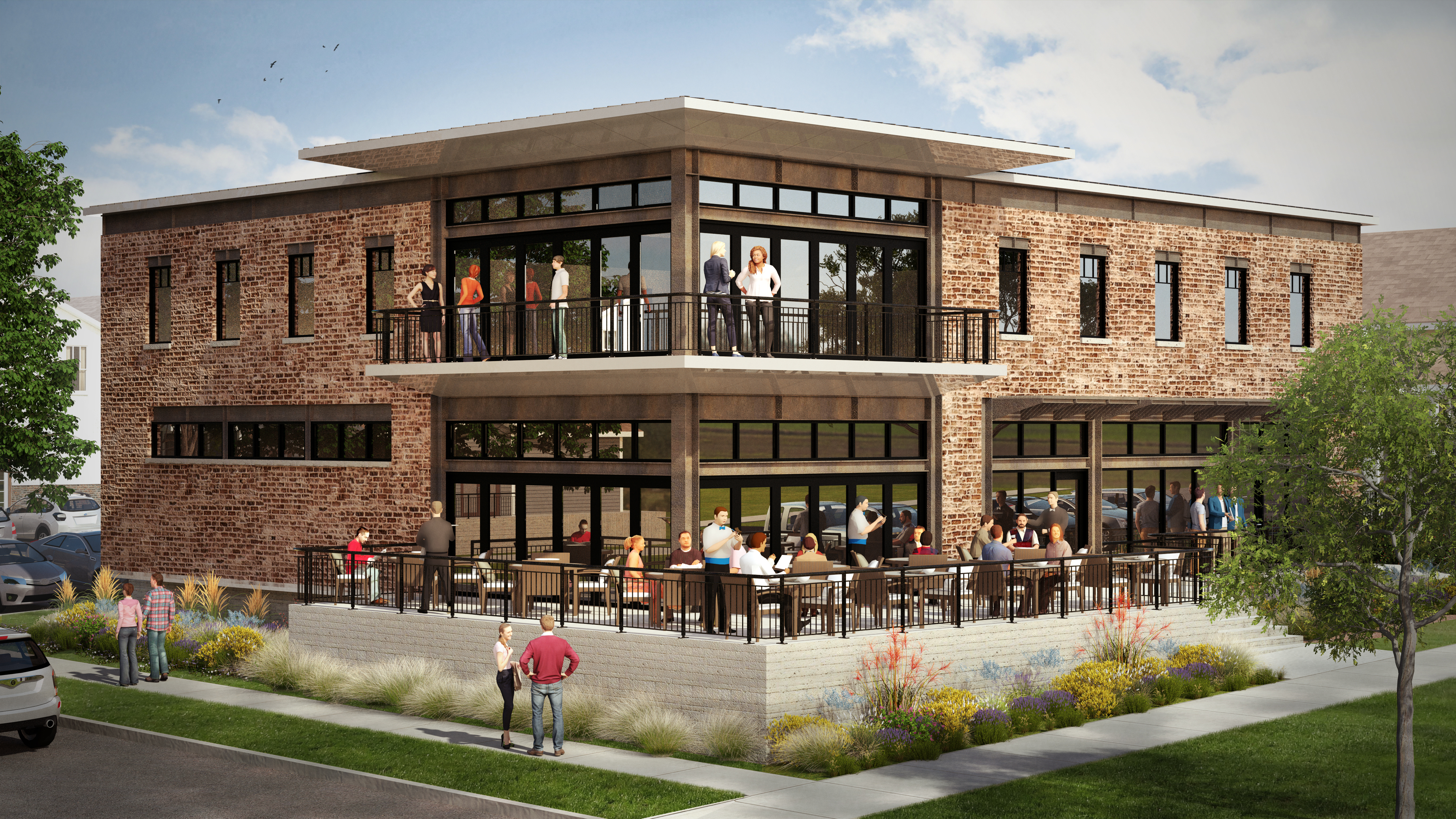 The 1960s era office building that occupied the northeast corner of the intersection of McClelland Sreet and 900 South is no more.  In a neighborhood known for its vibrancy, the office building stood out with large setbacks, covered windows and a large concrete barrier separating half of the building from the sidewalk level.

In its place will be a two-story mixed-used building by Northstar Builders.  Construction has already started the mixed-use building that will include a ground-floor retail space and second-floor offices that will serve as Northstar’s new corporate headquarters.

A local restaurant will occupy two-thirds of the ground floor while the eastern portion will be available for boutique retail.

The Salt Lake City Planning Commission approved a special exception request in February.  The exception allows the developers to include an outdoor dining area.  The approval also allows for a height increase of 5 feet to accommodate an elevator shaft and yard setback zoning variances. Developers plan to build up to 35 feet, 5 feet more than allowed for projects in the RB zone.  The extra height is to accommodate an elevator shaft.

The building will have a slight setback from the sidewalk to account for the parcel’s slope.  A wide staircase and ramp will provide access to the first floor that will be raised a few feet above ground level.

SugarHouse Architects designed the project to be more inviting to the public by open up the building as much as possible to the street level through glazing (using transparent glass used as external building materials).

The planning commission denied the developers request for an exception to the maximum glazing requirements in the RB zone (Residential Business District).  The developers wanted 90 percent glazing, though the RB zone allows for a maximum of  50 percent.  To comply with the glazing requirement, architects decided to focus the glazing on the ground floor facing 900 South and the building’s most prominent corner fronting the intersection.

This is Northstar’s second project in the greater Ninth and Ninth neighborhood.  Last year, the company completed a two-story office and retail building at the northeast corner of the 700 East and 900 South intersection.  As with their current project, the 7th East building replaced an older, underutilized structure.