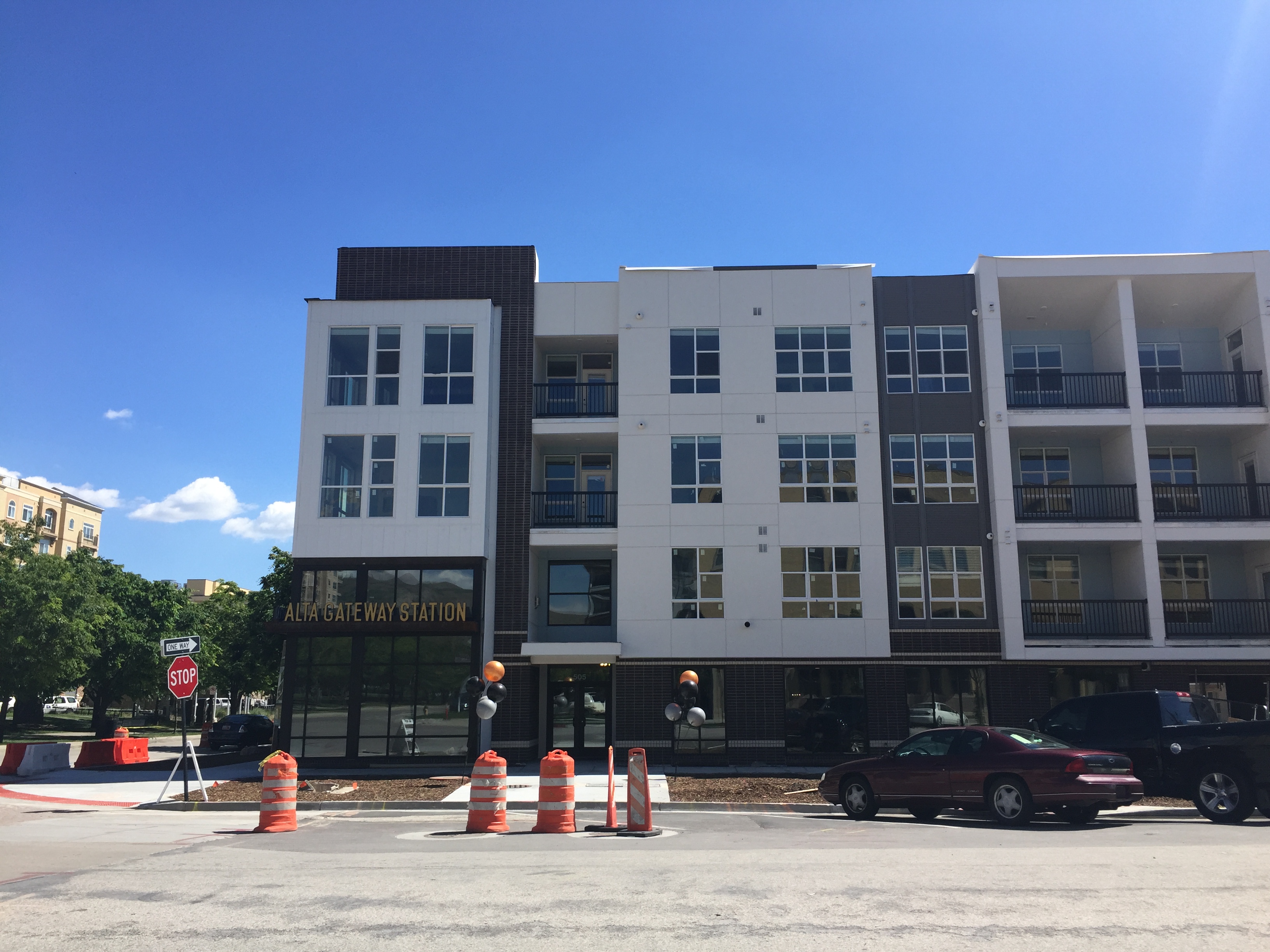 Downtown Salt Lake is growing and with that growth comes quality of life issues as the city balances new residents, development and building vibrancy with a growing opioid crisis and homelessness.

In a meeting with the Downtown Community Council Wednesday evening, Mayor Jackie Biskupski attempted to address downtown residences concerns as she and her staff updated residents on the administration’s priorities for the downtown area over the coming months.

These priorities include crossing improvements, zoning changes to bolster downtown’s vibrancy and infrastructure improvements in the Rio Grande neighborhood that will address safety and crime surrounding the Road Home.

According to the Mayor, a pedestrian-friendly downtown is her administration’s top goal.  She noted how recently passed plans, such as the Pedestrian and Bicycle Master Plan, and the Downtown in Motion plan will serve as guides in her administration’s work to create a walkable environment.

Projects that will help accomplish this goal include various crossing improvements downtown, with emphasis on mid-block crossings and accessibility for all ages and abilities, as well as ongoing maintenance and better signalization of intersections.

The mayor’s plans for discourage bicycle riding on downtown sidewalks.  In collaboration with SLCPD, SLC Transportation, and Greenbike, the Mayor announced an upcoming campaign aimed to inform cyclists, pedestrians, and motorists of current city ordinances that prohibit cycling on sidewalks in the Central Business District.

Additionally, Mike Reburg, Director of Community and Neighborhood Development, discussed initiatives that will address the vibrancy of development downtown.

Compared to peer cities such as Boise and Denver, Salt Lake City scores low on a vibrancy index, a result of large city blocks, wide streets and a lack of an 18-hour downtown.

To address issues with vibrancy, current initiatives by city planning staff include changes to the Conditional Building and Site Design Review and Transit Station Area (TSA) Zoning text. The proposed changes are intended to address guidelines for future development downtown and improve the pedestrian experience and quality of the built environment.

Also at the forefront of the discussion on Wednesday evening were resources and upcoming projects focused in the Rio Grande neighborhood.

Mayor Biskupski gave residents an update on the Homeless Resource Centers. According to the Mayor, the High Avenue property has been purchased, and progress is being made on the purchase of the Deseret Industries site on 700 South.

Other progress includes the decision to form a single community advisory board to aid in the design and construction process of the resource centers. Similarly, an architect has been selected, and as predesign work continues, the Mayor noted that there will be significant opportunities for public engagement going forward.

Additionally, the city has also been working on conditional use guidelines for the resource centers.

According to Nate Salazar, director of community relations, guidelines being discussed include limiting the number of occupants to 200 persons, a provision for nuisance complaints, 24-hour security, indoor queuing for individuals seeking treatment, trash removal procedures, exterior lighting and fencing requirements, and provisions for building maintenance and graffiti removal.

Even as the Mayor described progress being made on the Homeless Resource Centers, residents in attendance noted concerns over mitigating issues with crime and safety in the period before the new centers are built and the Road Home shelter closes.

SLCPD Chief Mike Brown responded, noting that 67 officers have been assigned the Rio Grande area, in addition to 78 social workers, and the opening of the Community Connections Center. Overall, nearly $7 million in resources has been devoted the neighborhood.

Mayor Biskupski added, that programs such as the Community Connections Center (CCC), Operation Diversion and maintenance efforts from the Street Team. “we’re coming at this from every angle possible.”

“We’re coming at this from every angle possible,” said Biskupski.

But for some community leaders, the current plan for the new resources centers doesn’t include enough community input.  Leadership from both the Downtown Community Council and the Central City Neighborhood Council are lobbying the city to create a neighborhood review board that would allow residents to influence programming and address issues that arise in the immediate neighborhoods after the centers open.

The last item discussed was upcoming infrastructure changes to 500 West, between 200 and 300 south.

The Mayor’s office drew criticism from Salt Lake City Council members after the city announced plans to erect a fence along the median on 200 South between 400 and 500 West.  Council members were most concerned about plans to eliminate a mid-block walkway at Rio Grande Street.

Other improvements for the Rio Grande corridor include upgraded lighting, improved public services such as permanent toilets and trash receptacles, the installation of three new cameras along with signage and the partial conversion of the 500 west medians into a temporary parking lot for Police, CCC and Social Workers employees.

“There is real support for change,” said Biskupski.  “Our willingness to continue exploring new ideas, and to fund these initiatives will undoubtedly help solve some immediate concerns.”