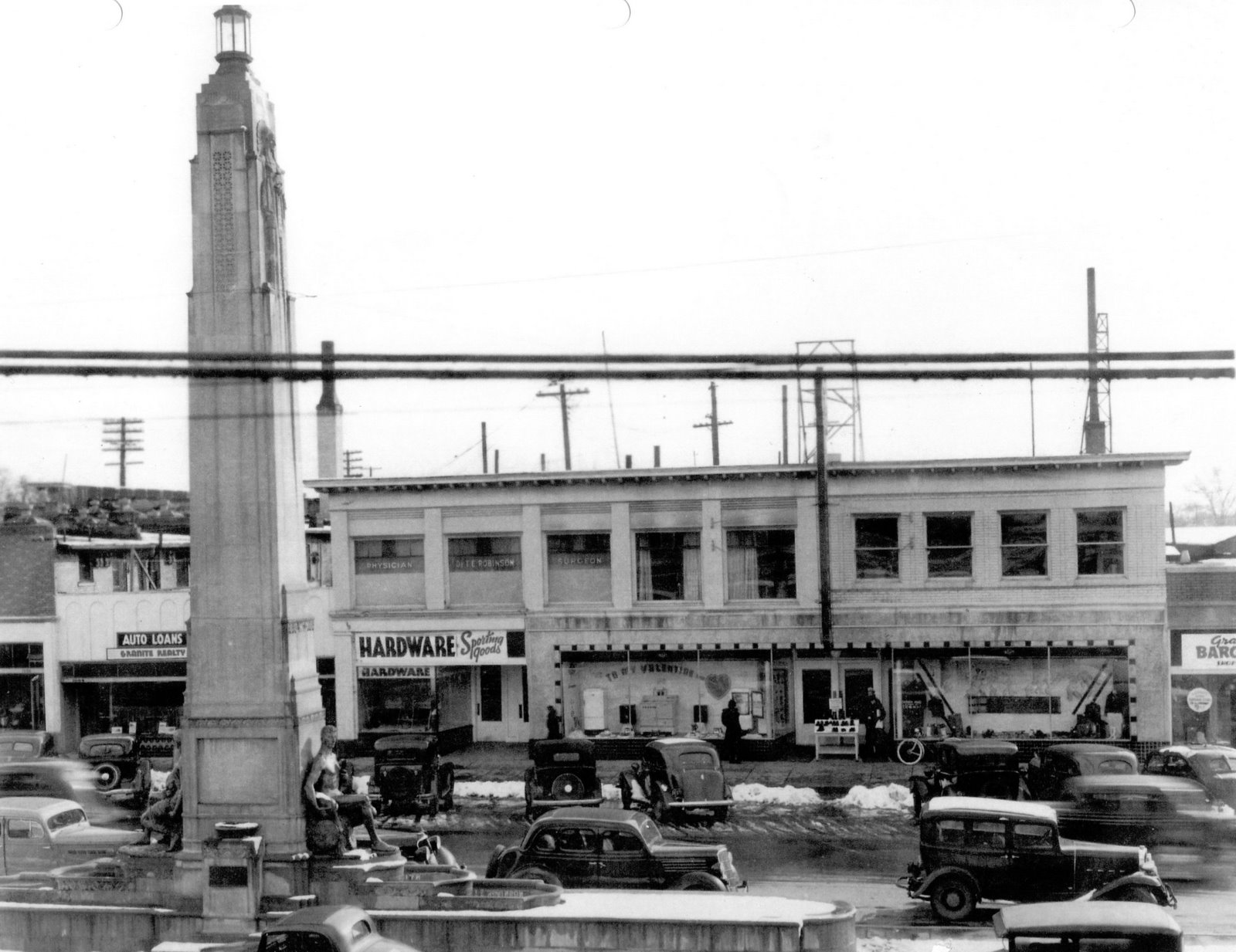 The construction fences are gone and only a few orange cones remain at Salt Lake City’s newest public space, the Sugar House Monument Plaza at the intersection of Highland Drive and 2100 South in the heart of the Sugar House Business District.  The city funded the $2.5 million project through the Redevelopment Agency of Salt Lake City (RDA).  Construction began last summer and will officially open later this spring after the water features are installed.

The focus of the plaza is the Sugar House Monument.  The plaza is nearly an acre and will feature the reactivation of the monument’s fountain,  a new interactive water feature commemorating Parley’s creek, outdoor dining and public art.

The Sugar House Monument was constructed in 1930 to commemorate Salt Lake’s effort to manufacture beet sugar.   A Sugar Mill was built near where the monument now stands in 1853.  Machinery was brought from brought from Liverpool, England to the Sugar Mill in Salt Lake by ox-drawn wagons. The Mill was never able to successfully refine sugar, partially because some machinery was lost and damaged in route to Utah.  Paper making machinery was installed in the Mill in 1860 and for the next twenty years the Mill produced paper.   The Mill would later house a wool and bucket factory before being torn down in 1928.

The plaza was designed to enhance the pedestrian experience in downtown Sugar House.  The plaza connects to the Sugar House Crossing development, which includes 200 residential units and 53,000 square feet of ground floor retail space, and the redevelopment of the old Granite Furniture block by Boulder Ventures.

The next phase of the S-line streetcar will end directly east of the plaza at the intersection of 2100 South and Highland Drive.  The plaza extends via a pedestrian walkway to a surface parking that will eventually be developed as part of the second phase of the Boulder Venture development.

When the streetcar extension and the second phase of Boulder Venture’s project are finished, the plaza will have pedestrian connections to both the current Fairmont S-line station, that sits a block south at the intersection of Sugarmont Drive and McClelland Street, and the proposed new station on the east side of the plaza.