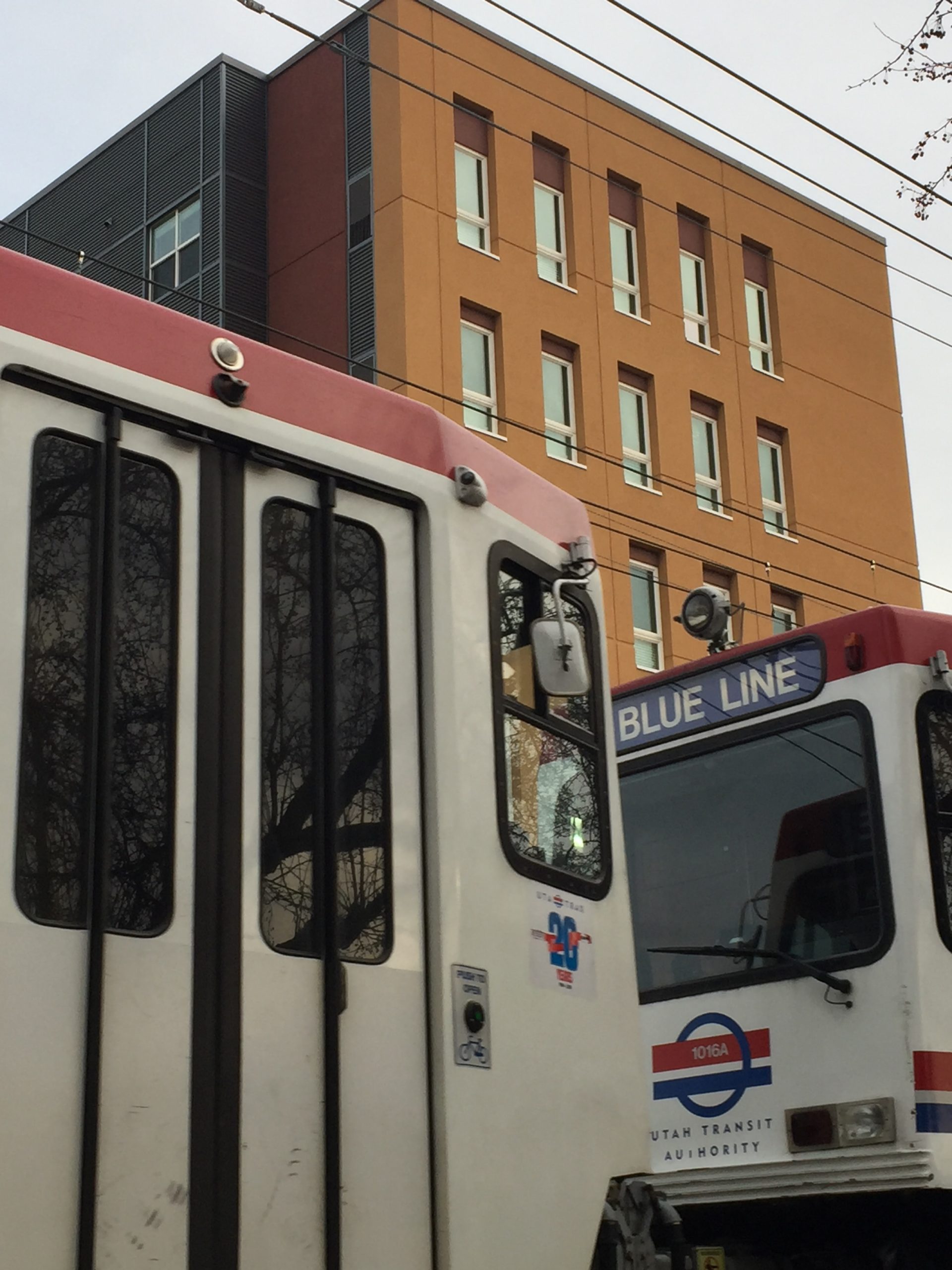 Without more affordable housing we are creating a future where only the wealthy can afford to live in cities – raising serious concerns about urban vitality, environmental sustainability, and social equity.

In response, government at all levels has been partnering with for- and non-profit housing developers to add below-market units to a growing pool of need. Supply is lagging far behind demand, and the gap is getting worse.

They all maintain: from an investment standpoint, the asset class is solid. In an economy where rents are outpacing wages for many workers, it makes sense that demand for below-market rents will be steadily strong.

Historically, a developer needs to win federal low income tax credits, capitalized by local banks in accordance with the Community Reinvestment Act (CRA), to get into the affordable housing game.

This competitive process, described as under-capitalized and grossly over-subscribed, has been successfully employed by these three developers. At the same time, they know they must innovate new ways of building affordable units without federal tax credits.

There is a wide array of “affordable housing.” The types that, in aggregate, Corroon, Lofgren, and Parker have been involved in (or are talking about) are:

2) mixed-income buildings, where there is a mix of market-rate and below-market units.

3) permanent supportive housing (PSH), where people transitioning out of homelessness hold a permanent housing subsidy and access to services on site.

4) single-room occupancy (SROs), co-housing, or student housing, where some of the building systems are shared – like common kitchens, bathrooms, heating + cooling.

Dan Lofgren, when asked why he does it, speaks of the emotional, “psychic income” that he and his associates at Cowboy Partners harvest in their affordable housing projects. Nearly 50% of all the units they’ve built are below market rate, notes Lofgren.

Chris Parker’s social entrepreneur ethos drives him and his Giv partners to always look for the next leap forward. He is a part of a group that seems to bubble with ideas, “some that were ridiculous” when they got together 10 years ago.

Project Open and The Exchange are two of Giv’s big-impact mixed-income projects currently well into construction.

Giv has been breaking ground by building mixed-income projects that intersect with various vectors of sustainability – of neighborhoods, food, transit, and energy.

Former Salt Lake County Mayor Peter Corroon’s non-profit built one of the first TOD mixed-use projects in Utah in what is now called Central 9th – “before I was mayor” he emphasizes. In 2004, when the Sophie Apartments at 925 South 200 West was completed, the area was a flat-lined SLC RDA project area mis-monikered “West Temple Gateway.”

Today Central 9th is on everyone’s list of hot SLC neighborhoods. Corroon is involved in the non-profit SpyHop media construction at 200 West and 900 South. His is also building a triplex of affordable units behind the commercial node that hosts Meditrina, Water Witch, Laziz, and Jade Market.

While Corroon recognizes the personal and social benefits of developing affordable housing, he is also quick to mention the financial advantages. “You can make a living while still doing good for the community.”

Parker concurs, seeing his mission as proving a development model where “you can support a family and don’t have to give up doing good.”

Affordable housing builders earn somewhere in vicinity of the developers’ typical 10% development fee, half of which the developer generally defers over a ten year period. With tax credits they also have to wait up to 15 years to own the project outright due to federal compliance rules.

Additional benefits the developers mention: Across all affordable housing types vacancy rates tend to be very low, investment is insulated against market fluctuations, and demand is guaranteed. As Parker puts it, “there’s an unlimited amount of people who need below market rent.”

Corroon describes a typical tax-credit project of 65-70 units built for $14 million ($200,000/unit), where $10 million of upfront equity comes from federal low-income tax credits. He has built projects with 90% tax-credit equity. To reap that much investment capital, generally 80% of a building’s units have to be affordable.

Parker’s current focus is to make emissions-free buildings cheaper to build. He describes Giv as part of a nascent group calling themselves “Pragmatists for Clean Air” with a website under construction.

Currently building a knowledge base and beginning to consult for other developers on how to build all-electric buildings for less, they preach that virtue can serve the bottom line.

Crucially, Giv is aiming a cost point well under the typical $200,000/unit – in part by bringing costs down through shared water heating and removal of natural gas infrastructure.

Lofgren of Cowboy praises local partner banks – specifically CRA participants Zions – for being willing to structure longer-term financing that makes a project pencil. He mentioned, as did Parker and Corroon, local government’s help in the form of low-cost loans, and was complimentary of the way the federal tax credit program is being administered locally through the Utah Housing Corporation.

Lofgren gets animated when speaking about building near transit. Cowboy’s projects in Salt Lake City span the transit-rich districts of East Downtown, the 400 South Transit Corridor, the Depot District, and the S-Line in Sugar House.

“There are locations in this market where you can make the claim that you don’t need a car to live. If someone is rent burdened, and they’re able to get rid of the 500-$900 a month a car costs, it makes a real difference.”

He points to Liberty Citywalk, at 300 East and 200 South in Salt Lake City. The building was parked at a .75 stall to unit ratio, but the residents only use it at a .36 rate.

Parker, Corroon, and Lofgren all point to the same key factors getting in the way of building more affordable housing. Scarcity of investment capital tops the list. Private capital – in the form of real estate investment trusts or pension funds – demands return in the medium term (5-10 years). Market-rate multi-family housing fits that profile, making it “the investment du jour,” as Lofgren puts it.

Affordable housing yields its value later. If it’s a tax-credit project, only after at least 15 years when the developer can buy it back from the syndicator.

The cost of land also ranks highly among barriers mentioned. Write-downs – gifting of property – from local government has become one of SLC RDA’s favorite incentives. Its purchase of the Overnighter Motel at Cornell Street on North Temple has helped raise property values along the corridor to $2 million/acre, and greatly improved the pro forma of its chosen partner for the project, Brinshore.

Corroon reports that he and his partners purchased the land for Cornell Place at $23/sf – and are now looking for land in the area at $50/sf.

Parker noted that over the 42 months and three phases of Giv’s under-construction Project Open (400 North and 500 West in SLC), land cost has more than doubled.

When asked about NIMBYism, each developer acknowledged its force in the past – Lofgren recalled “banging our heads against the wall for 10 years in community after community.”

“The conversation today is wonderfully different than it was even 10 years ago. I’m quite encouraged by the response we generally get. People are warming to the notion that it’s in our best interest to deal with housing affordability,” says Lofgren.

When asked about the challenges of building affordable units on the west side, whose elected representatives in the recent past have put up a united front in opposition, Corroon concurs that “some people say ‘we already have enough affordable housing on the west side’.”

Parker (a declared west side resident himself) sees some nuance in the community’s position.

“I think what the community’s opposed to is just affordable housing,” he asserts. The opposition to the Bodhi apartments – a 75% below-market, deeply affordable project – and the welcoming of the Brinshore/RDA project at the Overnighter, on condition that it be 50-50 market to affordable – illustrates the difference, Parker says.

Parker and Giv’s vision for redevelopment and gentrification is focused on revitalizing neighborhood integrity. “We look for places that have had vibrant pasts, have good bones, but haven’t seen investment in a while.”

The best time, politically and financially, to put in affordable housing is right before gentrification happens. Displacement can be addressed, at least partially, before a neighborhood sees sharp rises in rent. “That is the real sweet spot for investment,” Parker told Building Salt Lake. “We try to see where the puck’s going, and avoid the fight.”

For Lofgren, costs will come down not because of materials improvements, but design. When asked about the potential of SROs having a comeback, he was bullish.

“Is it reasonable to think you’re going to have discreet systems for each unit when targeting rents at 25% – 40% of AMI?” Lofgren wonders.  “We have to explore shared systems and shared spaces.”

He mentioned co-housing as a contemporary term for SRO, where kitchens and common spaces are shared, as a potentially robust niche for GenZ and Millennials.

When asked about the difficulties of finding investment capital for SRO or co-housing, Lofgren was optimistic: “The potential for the SRO model to solve some of the needs of our housing affordability and homelessness challenges is so compelling that the funding will get figured out.”

Corroon, like Parker, mentioned the potential of prefab, 3D-printed, or other modular technology helping to bring costs down. Panelized construction code is currently being revised, he noted.

Corroon is looking for more property in the North Temple transit area, and isn’t alone. Parker told us “there’s been a lot of land trading on North Temple in the last six months,” as Giv also tries to increase its footprint there.

North Temple will be “unrecognizable in ten years” Parker predicts. It will be up to the designers and architects “whether it’s a bedroom community for downtown that people drive through, or a community that is a unique and interesting place in its own right.”