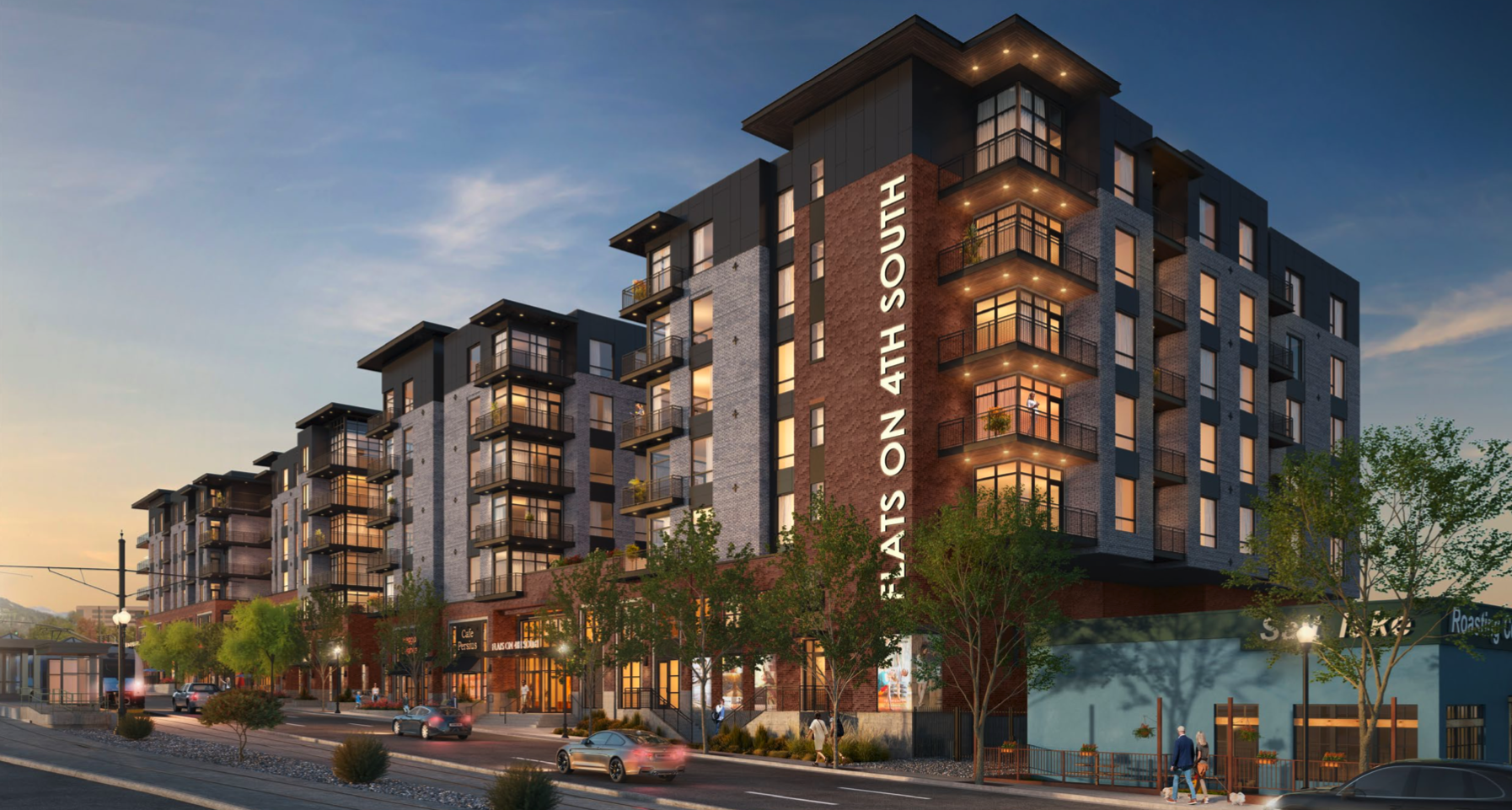 A Salt Lake City design group is proposing what would be the latest installment in the large-scale developments filling up the 400 South corridor on its way up to the University of Utah.

The apartments, at the southwest corner of 400 South 900 East, would include five stories of multi-family, market-rate apartments above 2.5 levels of underground and ground level parking.

The six-story building will be 83.5 ft tall, if approved by the Planning Commission. It sits on TSA-UN-C zoning, which has a height limit of 75 ft and a maximum 200 ft facade. The building as proposed has a facade over 400 ft. The developers argue that it is sufficiently broken up visually and functionally to merit an exception.

Architects Richardson Design Group have included 322 parking stalls for their 264 units, with two garage entrances, one each on 400 S and 900 E.

The 1.9 acre site is owned by MFJF of New York City, according to city records. It was previously owned by Smiths Corporation.

An overparked Office Max for several decades, the site has long been envied by TOD enthusiasts. It is immediately south of the 900 E TRAX station.

Complicating any development on the site, Salt Lake City Corporation’s Jordan-Salt Lake City Canal runs north-south under the property. Adjacent development at 900 East Lofts had to bear the costs of relocating the major public utility.

“In the context of 900 East TRAX station and 400 South transit corridor, this new development will play a significant role to enhance and revitalize this important area of Salt Lake City,” the developers wrote in their design review application. “The unique, yet familiar exterior design, the dynamic, inviting street level promenade and plaza, along with articulation of form, material and detail, all contribute to the creation of a vibrant and engaging built environment at this location.”

“The visual breaks in the building massing and materiality conform with the intended goal of the zoning ordinance, to establish a walkable pedestrian experience and contribute to the urban character of Salt Lake City.”

Interested in seeing where developers are proposing and building new apartments in Salt Lake? Building Salt Lake members have exclusive access to a projects map that keeps them up to date on what’s happening in their neighborhood. Learn more about becoming a member by following the hyperlink here. Thank you.