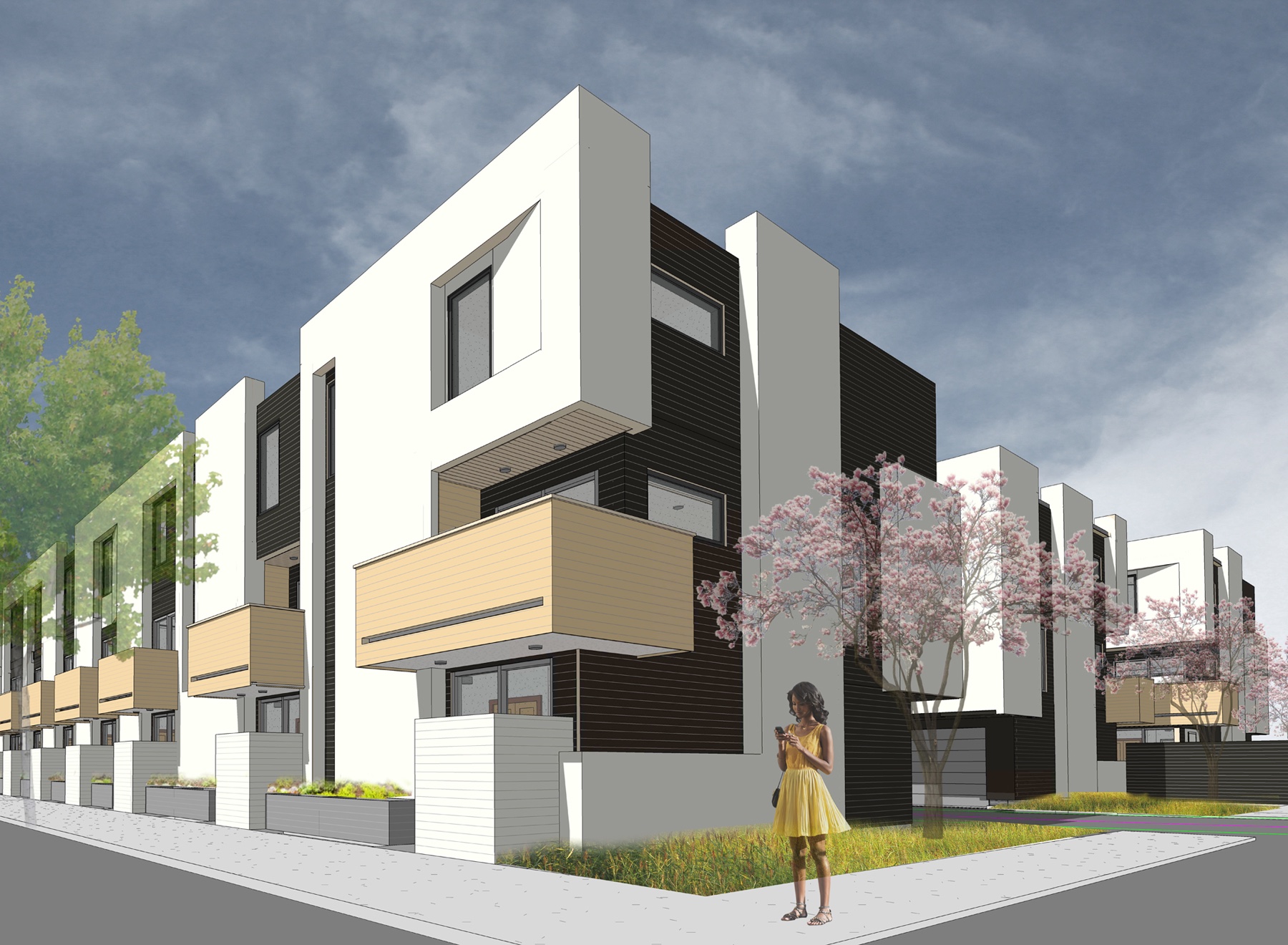 The 900 South corridor continues its evolution as one of the city’s most vibrant east-to-west corridors.  Not only will much of the street get a new urban trail and design, but the vibrancy of the street’s three key activity nodes: 9th and 9th, Liberty Park and Central Ninth is outwardly expanding as new nodes are emerging.

One such emerging node is the Maven District, a lifestyle and wellness district between State Street and 200 East.  The Maven’s developers, Production Realty and Investments Inc, will soon start construction on the Maven’s next phase, the Maven Townhomes, a proposed 25-unit residential development.

The townhomes will be rentals and will replace the former Arctic Circle at the northwest corner of the 900 South and Edison Street, directly east of the five buildings that currently make up the district.

The project will consist of three, three-story buildings on 0.59 acres.  The units will be between 1300 and 1500 square feet and will each have two bedrooms and 2.5 bathrooms with two floors of living space above a two-car garage, entryway and utility room.

Nine units will front 900 South, the remaining 16 units will occupy two buildings to the north that will share a public walkway that connects to Edison Street.  All three buildings will have second-floor balconies that will overlook either 900 South or the proposed walkway.

The Maven District consists of 31,000 square feet of office and retail space in five buildings on 1.8 acres.  The district is home to 25 small local business, 18 of which are female-owned.  The district’s sole, non-local business is an H&R Block office at the corner of 200 East and 900 South.

Most of the businesses in the district focus on health and wellness, anchored by Maven Strong, a rebranding of the former 9th and 9th Pilates.  But the district offers multiple retail offerings outside of the wellness theme including Jed’s Barbershop; bakeries Passion Flour Patisserie, Chip Cookies; and boutique retailers The Land of Salt, Mineral and Matter,  Koo De Ker, Love Street Apparel and Chantel Lauren.

According to the project’s developer, Tim Watcke, demolition of the Article Circle will start in the next few weeks with construction commencing soon after the demo is complete.  The townhomes should be ready for lease in 2019.