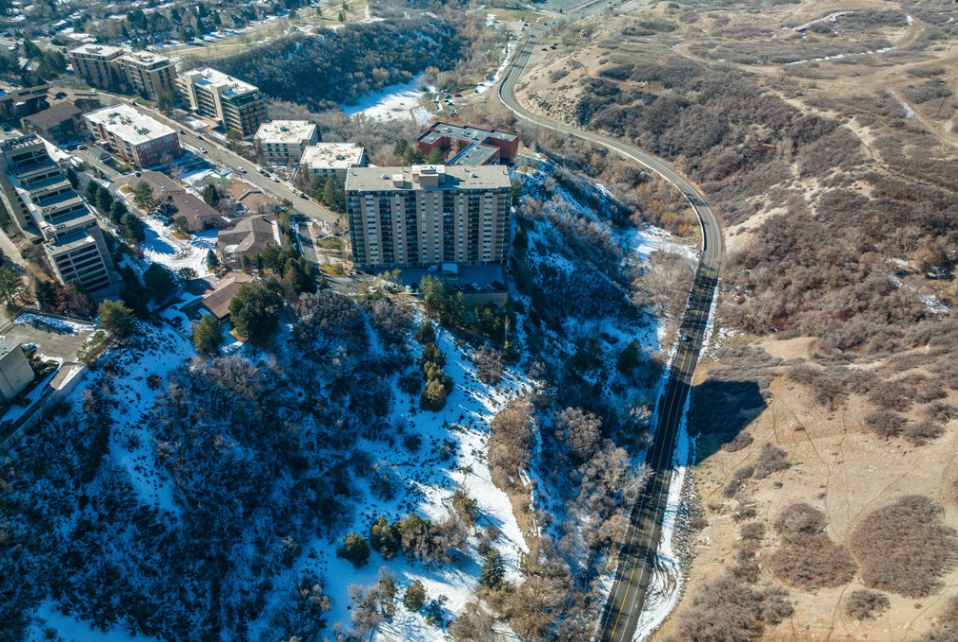 The owner of nearly 6 acres of land at the mouth of Emigration Canyon has asked Salt Lake City to rezone the property to allow for a high-density student housing project on the site.

The request, made in the middle of November, is to rezone two parcels to allow for high-density residential.

The application could lead to an eight-story student housing project with about 550 new residences being added to the area, according to documents submitted with the rezone request.

“If this ends up being the final use, the site would include a building envelop of approximately 1.62 acres or 70,332 square feet,” the applicants wrote.

The land includes two parcels that are the last in Salt Lake City when entering the canyon.

The land is surrounded by other multifamily developments.

Nearby properties at the mouth of the canyon are zoned for RMF-45, or multifamily buildings that can be up to 45 feet tall. The 14-story Canyon Crest Condos and several other multifamily mid-rises are nearby.

The property has been listed for months and is still on the local MLS for $3.18 million. (The county assessor values the land at $593,700, more than five times less than the apparent market value of the property and a common undervaluing for real estate on the east bench.)

The existing zoning requires single-family homes to have at least a half-acre each.

Only Building Salt Lake Members have access to the Enhanced Search feature. Quickly find stories about neighborhood trends or specific projects and topics by becoming a Member today.