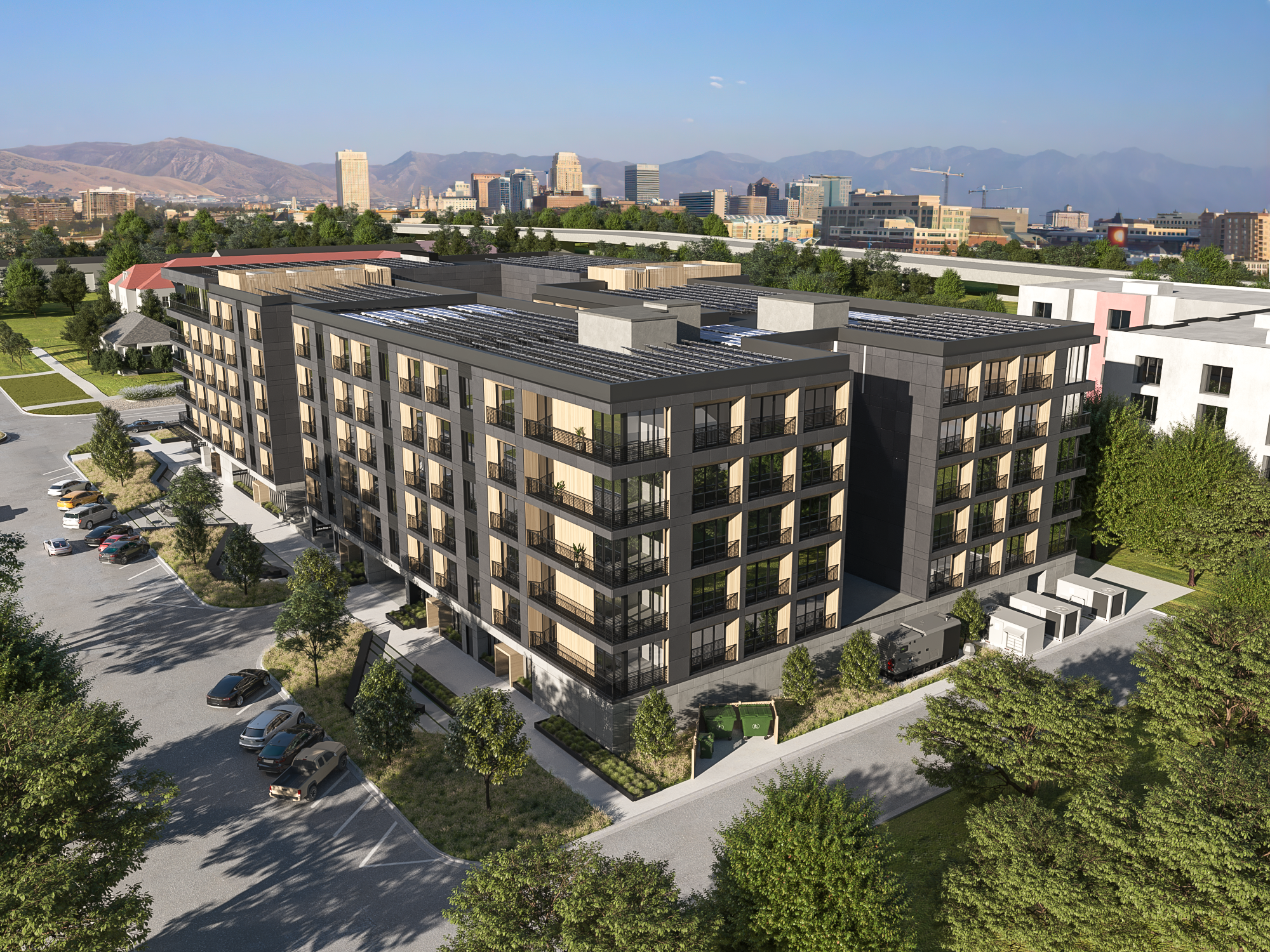 Vocal neighbors largely concerned about fears over lack of parking didn’t sway a Planning Commission that on Wednesday approved two projects to add density to the Guadalupe and western Sugar House neighborhoods.

The commission approved the Izzy South and Kozo House apartments this week.

The Izzy will continue the buildout of the area near the S-Line light-rail and multi-use trail. The Kozo House will inject hundreds of new residents into a high-density building along the North Temple corridor.

Both neighborhoods coordinated pushback against the two projects using similar lines of attack against the added density. And both projects were approved, given the developers met guidelines in city ordinances and appeased design concerns from the commission.

This proposal to add density was significantly changed after commission members took issue with design aesthetics at an earlier meeting, but approved the project at their Dec. 2 meeting.

The Kozo House would add 319 units in a 67-foot tall building at 175 N. 600 W. in an area of the North Temple Bridge-Guadalupe neighborhood that’s zoned TSA (transit-oriented).

While people who spoke out against the project accused the developer of greed, Dallin Jolley says he’s aiming to keep the studio apartments at 68% AMI. That would mean someone making around $45,000 annually could afford housing within spending more than 30% of their earnings.

Jolley, president and co-founder of Modal Living, said his company was attempting to add “workforce and affordable housing here. We’re able to do that via density,” he said, “…instead of having large, luxury units.”

Kozo House would include 131 parking stalls. Its facade would exceed the area’s 200-foot maximum, which was set to promote walkability and pedestrian interest.

It would include a community “outdoor living room” on the corner of 200 N. 600 W., and multiple retail outlets on the ground floor.

The project will inject hundreds more people along the North Temple corridor, which is set to undergo rapid changes in the coming years.

On 2100 South, near 600 East, a developer received approval for slightly more height (mainly for the building’s design) to replace two existing car-oriented businesses with mid-density housing.

Neighbors were upset over the building for two primary reasons: parking and setbacks.

Given its proximity to the S-Line, as well as well-serviced bus and bike routes, is seeing added density west of 700 East and on both sides of 2100 South. The developer is also building Izzy North mirroring Izzy South across 2100 South.

They’re providing 58 parking stalls for 71 housing units, more than 36-stall minimum for CB properties within a quarter-mile of transit.

The rendering shows people biking on the sidewalk, (which is an accurate depiction, as the city has resisted anything but a car-only 2100 South).

The project would eliminate three of four existing curb cuts.