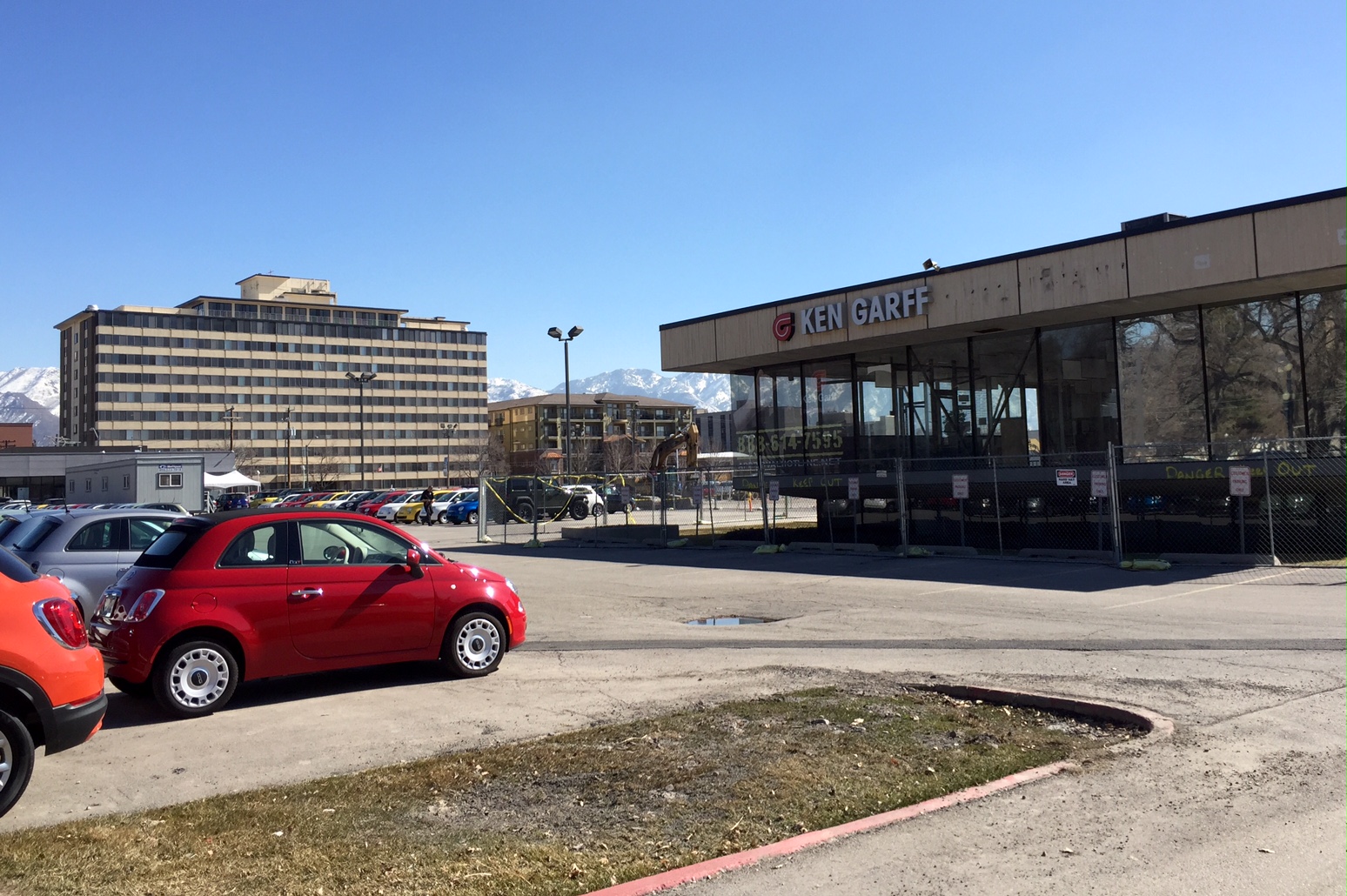 Salt Lake’s downtown car dealership is getting an update.  Construction has started on a redesigned Ken Garff dealership on the 500 South block of State Street.  The new design will consolidate the different dealerships into one large complex with multiple showrooms.

The renovations include the demolition of two buildings.  The service center has already been demolished will be replaced with two-story operations and storage facility.  The former Mitsubishi sales building will be demolished and replaced with a new building.  The renovations will reduce the amount of surface parking with three new sales buildings that will be built directly north of new storage and operations facility.  Interior landscaping will break up some of the surface parking.  The new sales buildings will have similar setbacks as the Fiat sales office that will remain intact.

While, overall surface parking will be reduced, there will still be surface parking fronting 500 South.   The setback of the new sales facilities will leave room for a row of cars separating the sidewalk from the buildings.  Currently only the sales buildings on State Street are built up to the sidewalk.

The Ken Garff block is in an unusual location for a car dealership.  The block is in a growing urban corridor, in the downtown periphery directly across the street from the historic City and County Building and the Grand America, a 24-story luxury hotel.   The project is also adjacent to the Salt Lake City Main Library and the Leonardo museum.

The Ken Garff blocks breaks up the energy of 500 South with rows of surface parking and no street engagement, even as the density and walkability of the area surrounding the dealership is growing with projects like the 616 Lofts, a mixed-use development under construction at 600 South block of State Street.  The Ken Garff renovations douse any hope of a more urban-friendly development being built there as Ken Garff appears to plan to stay in this location for years to come.