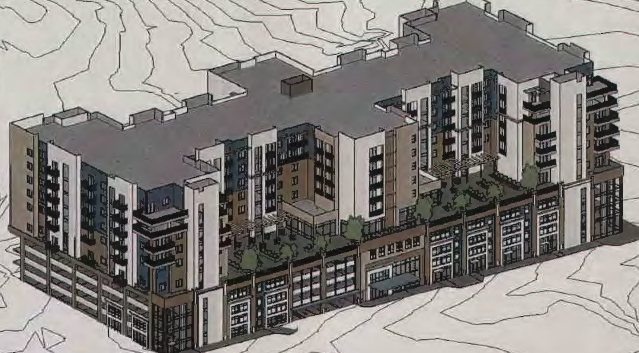 Downtowns want Millennials, people born between 1980 and 2000, and many Millenials are choosing to live downtown.   Downtown Salt Lake is no exception.  A recent article by the Salt Lake Tribune highlighted the city’s desire to attract more Millennials.  Recently, David Burstein, author of “Fast Future: How the Millennial Generation Is Shaping Our World” spoke to a group of local  business owners on how the city can attract more Millennials as both employees and clients.

The fact that Millennials are helping to fuel the rebirth of many downtowns across the country is well documented.  But Millennials aren’t the only generation opting for city living.  Baby Boomers, people born between 1946 and 1964, are equally driving the urban return that has helped downtown populations grow since the 2007 real estate collapse, and the downtown Salt Lake community could benefit if they sought to attract more of this generation.

As cities try to make their downtowns more “hip” and millennial friendly, they might be missing an opportunity by ignoring the growing housing demands of the Baby Boomer generation.

The housing needs of the Baby Boomer generation is similar to what most Millennials seek in city living.  Both generations returning to cities are generally looking for walkable communities with urban housing that requires less maintenance.  The key difference is why.  The Baby Boomers are returning to cities to downsize and take advantage of the culture and entertainment options found in cities.  Millennials also are drawn to cities for the lifestyle downtown living provides, but the lure of walkable communities and smaller urban housing is driven by economics more than a desire for downsizing.

Millennials were hit hard by the recession.   Many Millenials were just entering the job market during the recession and the economy didn’t have jobs for them.  The recession has greatly affected how Millenials save and spend money.   Millenials are more likely to rent because they either can’t get a mortgage or they are reluctant to own a home after witnessing the collapse of the real estate market in 2007.  Millenials are also increasingly less likely to own a car.  A 2013 AAA survey found that car ownership is becoming increasingly more expensive.  Millennials are drawn to walkable dense communities because they are more bike, pedestrian and public transit friendly.

Baby Boomers returning to the city are driven more by lifestyle than economics.   Although Millenials are marrying at a later age, and many living in cities may continue to do so after they start their families, many will relocate to the suburbs to raise their families.  Unlike Millennials, Baby Boomers have already raised their families and Baby Boomers will live longer than past generations.

Salt Lake’s census data shows that families with children prefer the suburbs to the city, while retired persons in Utah aren’t necessarily moving to downtown right now, that could change if the city begins to actively pursue them.

Some local leaders and developers are starting to see the benefit of providing options to older residents.  In Sugar House, one of Salt Lake’s most dense and walkable neighborhoods, the developers of Wilmington Gardens plan to build a 10-story mixed-use project at 1202 Wilmington dedicated to housing the Baby Boomer generation.

At 10-stories, 1202 Wilmington would be one of the tallest buildings in Sugar House.  Apart from ground-floor retail, the rest of the building will be residential units consisting of both assisted and independent living for seniors.  The Daybreak master-planned community in South Jordan has recognized the the opportunity to attract seniors by building the Garden Park Village, a mixed housing community reserved for people over the age of 55.

There are currently no new projects in or near downtown Salt Lake that focuses on the older generation.  The hundreds of new apartment units under construction near the downtown area will help meet the housing needs of the Millennial generation.  But downtown housing specifically designed for the Baby Boomer generation could help further enliven downtown and provide a stable population segment that would stay in downtown for decades to come.