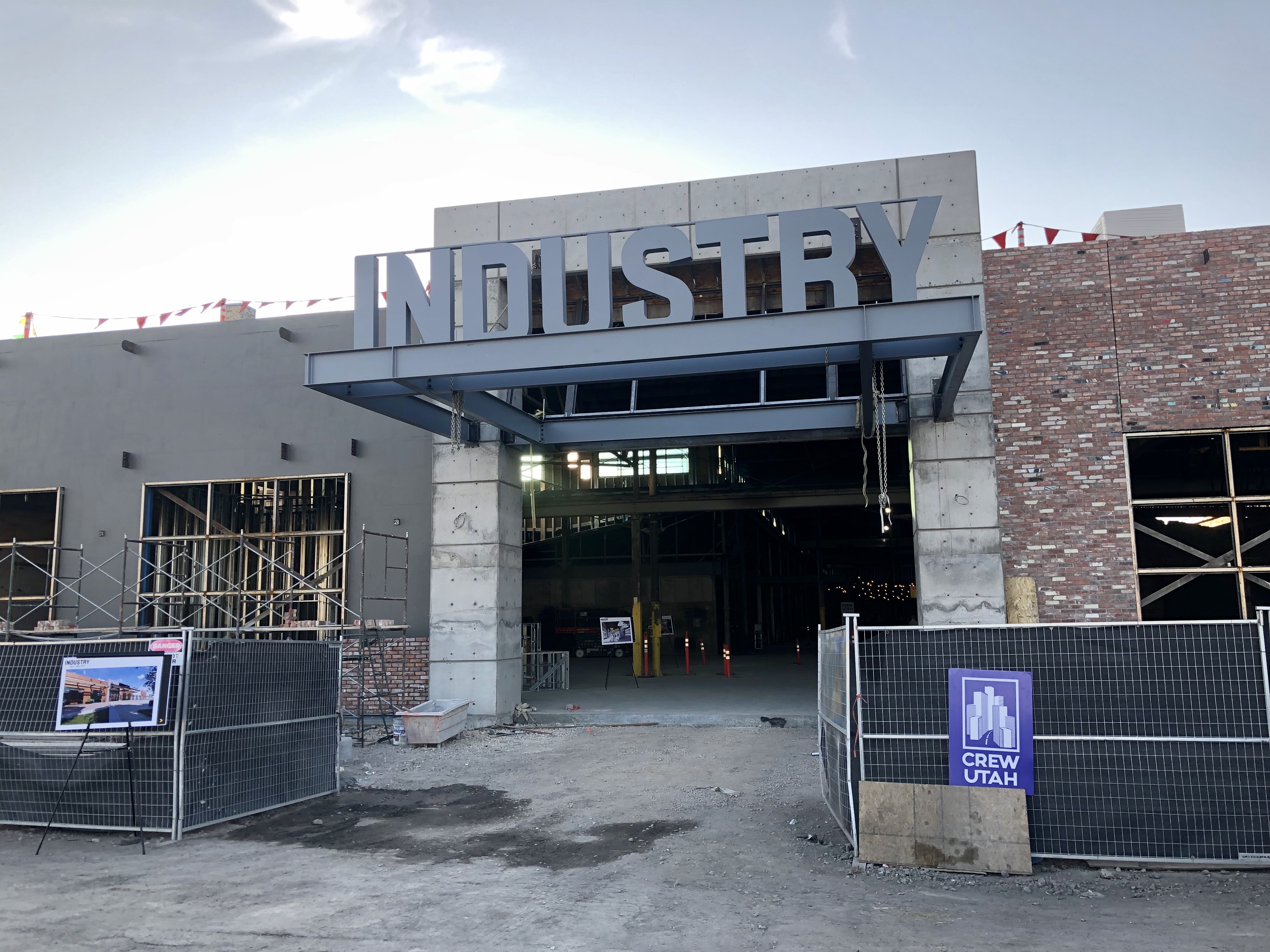 Heading east off Interstate 15 on 600 South, Winkler remembers seeing something that most people would likely miss.

Just south of 600 South at 500 West, as motorists descend off the interstate on their way into Salt Lake City, a 150,000-square-foot warehouse sat in the Granary District, a neighborhood trapped in a bygone era that’s long been known for its untapped potential.

“I was coming down 600 South and I was like, ‘Oh my God, that would be the best INDUSTRY ever,’” Winkler recalls saying at the time.

After coming back to the site and admittedly trespassing to get a closer look, she and her husband, Jason Winkler, took on an adaptive reuse project of the old Silver Co. foundry that could be the catalyst the neighborhood has needed to take off.

INDUSTRY will open by mid-January as a core building with nearly 112,000 square feet of creative working space for its tenants and their employees. It’s one of several phases the Winklers have planned for the 8.3-acre site, all of them promising rapid change.

“We’re very confident that it will be catalytic. We had three projects in Denver (and) each of them were truly catalytic,” Jason Winkler said. “I’m really confident that INDUSTRY will be really helpful in helping the Granary be what it’s been. We’re just going to give it a shot in the arm.”

The Winklers were early developers in Denver’s River North Art District (RiNo), creating their first INDUSTRY project in what is now a thriving part of that city.

The couple, who met during a nearly two-decade stint in Jackson, Wyo., relocated their family from Denver to the East Bench in Salt Lake City after spending eight years living and working in Colorado.

They say they were searching for — and found — that same raw city feel in the Granary, which is now considered a federally designated “opportunity zone” and city redevelopment area that should help attract financing quickly.

Q Factor is already moving fast. When talking about the housing, restaurants, commercial space and street changes on their way to 500 West, Jason Winkler ended at 2021.

There will be three restaurants, over 300,000 square feet of office space and “well over 1,000 people” working at the businesses that will populate the INDUSTRY buildings every day, he said.

But they also seem cautious to unveil plans before designs and other details are vetted and complete. Ellen Winkler said by the time the company publicly releases a rendering, it knows it can complete a project that will look the same once its built.

While avoiding details about what else specifically will follow the “core” building of INDUSTRY, Jason Winkler said “there will be hundreds of residential units within a stone’s throw” of the first building coming soon.

That slight reticence appears to come from a desire to deliver on what’s promised to the community and from the reality that plans change.

The couple originally planned to raze a smaller building on the north end of the site to create parking. Instead, after a quick retrofit of about 36,000 square feet, 537 West 600 South is now home to their business and other tenants.

The Winklers say they’re hopeful they can work with Salt Lake City’s planning and transportation divisions on changes that will further help activate 500 West for all visitors.

“There’s such a young, vibrant community that’s looking for something more,” Ellen Winkler said during a recent interview. “We just need to give them something more.”

The core building will include a new site of the local coffee house/restaurant Publik. In addition, it will offer shared space for tenants, including “dueling” kitchens, conference and outdoor space and more.

For tenants, Ellen Winkler said she wants to design space where employees enjoy being, including the time they spend at their desks, the time away and even traveling to and from the office.

“There are so many people coming here, moving Downtown from out of Salt Lake, locals even moving Downtown or back Downtown,” Jason Winkler said. “They’re just looking for cool, fun, urban places. And that’s it. I think we can help the Granary continue to create cool, Downtown places.”

The Granary District, bounded by 600 South to 900 South freeway on-ramp and 300 West to Interstate 15, was once the main site of flour production for the Salt Lake Valley.  The neighborhood’s proximity to downtown and abundance of large warehouses has attracted entrepreneurs, artists and artisans who see the warehouses as blank slates for their businesses and creative enterprises.

The family is also part of the group working to develop the Post District, just north of the Granary neighborhood. We’ll continue to post coverage of both neighborhoods as details become available and developments are completed.