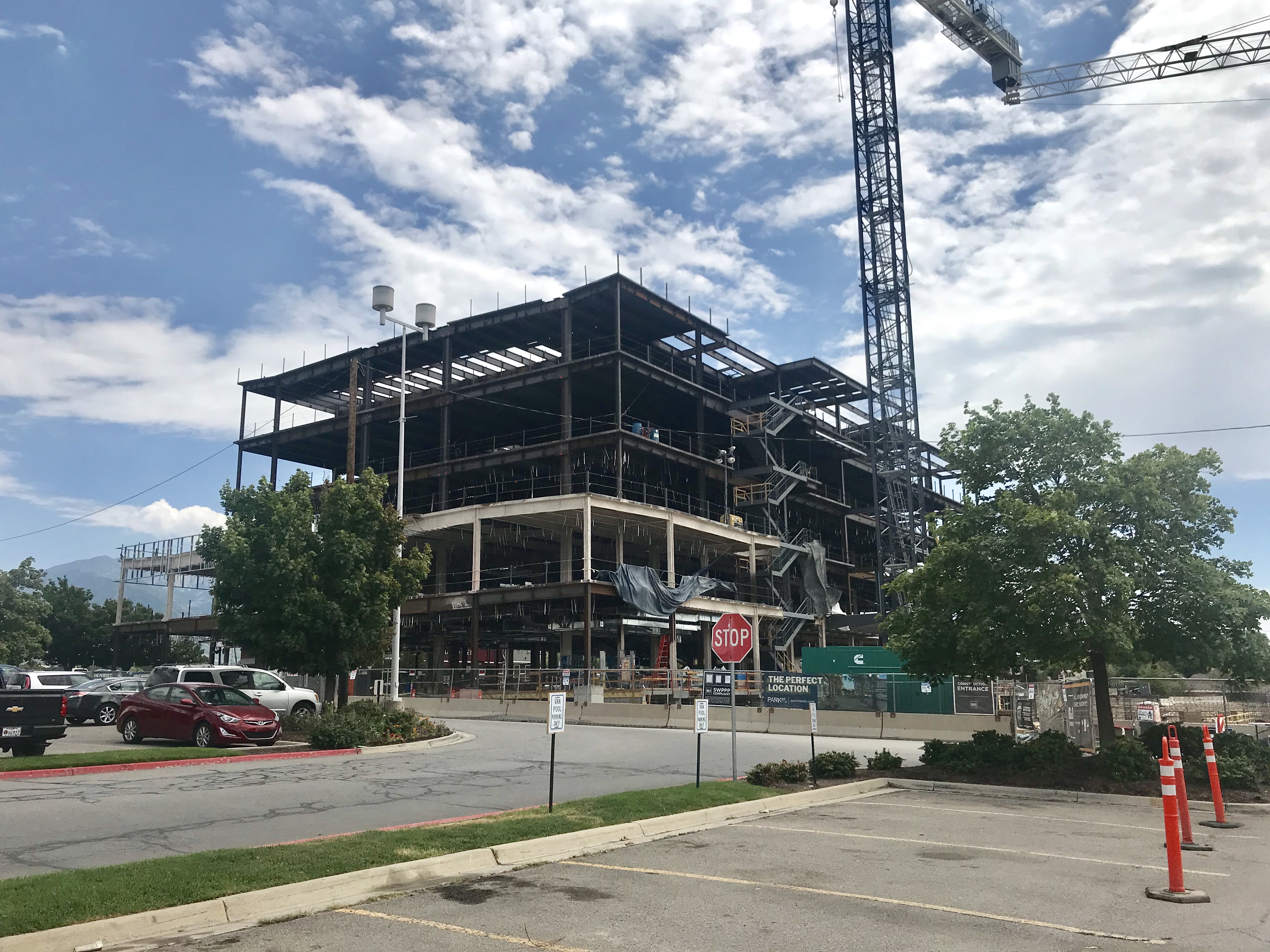 The mixed-use Brixton Flats development is located at the west side of 700 East between Wilmington Avenue and the S-line.  The five-story development will have 93 residential units, some office space and retail space, including The Bicycle Center that was previously at the site and has temporarily relocated during construction.  The project is directly adjacent to the Liberty Place Townhomes to the west.

At Sugar House’s western edge, is the Liberty Place Townhomes just north of the S-Line at 600 East. The project consists of eight, three-story buildings with a combined 70 residential units, including 61 two-bedroom and nine one-bedroom apartments.

Sugar House’s bevy of new large apartment and commercial developments has not curtailed the development of new single family homes within close proximity to the major construction projects.  Three single-family homes are either recently completed or under construction, a block south of 21 by Urbana and a block west of the Sugarmont Apartment, on 1000 east just north of the S-Line.  These homes are a few minutes’ walk from the Fairmont S-Line Station and most of dining, shopping and entertainment options in the Sugar House Business District.