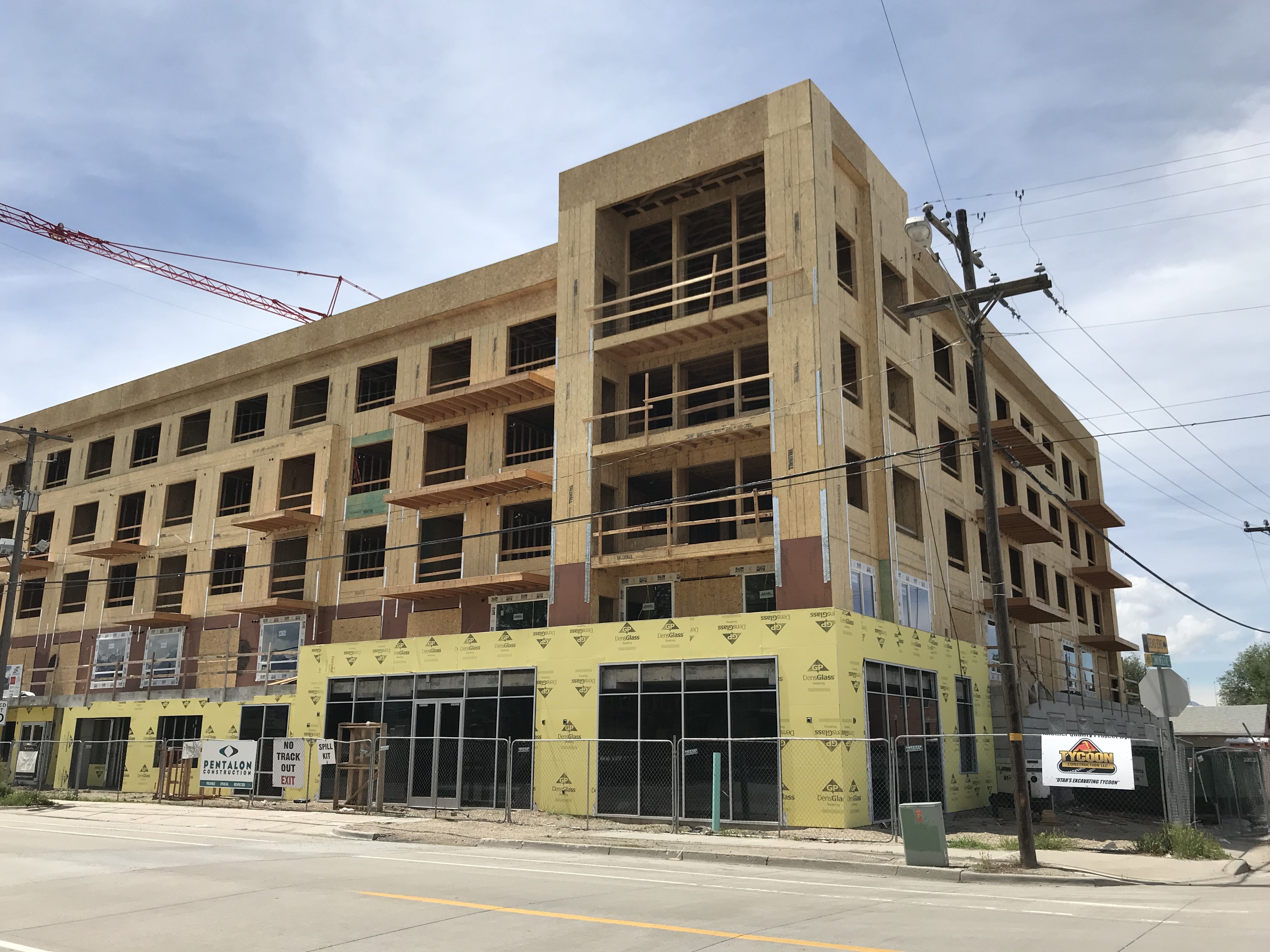 South Salt Lake City’s vision for a new downtown is starting to gain traction.  Several residential projects are underway with more to come in the next few years.  The city calls the creation of a downtown area “one of the most significant actions in South Salt Lake’s 75-year history.”  When built out, the city expects the area bounded by 2100 South, State Street, 300 West, and I-80 to have at least 2,500 multi-family housing units, 1.5 million square feet of retail space and 3 million square feet of office/commercial space.

The area is divided into two Urban Redevelopment Areas (URA) and it will eventually include a portion of the Parley’s trail, parks and cultural attractions.  The Market Station URA, in the northeast corner of the new downtown, is centered on The Crossing Development directly north of the S-Line between State and Main Streets.  This URA includes the recently-completed Winco supermarket and the under-construction Liberty Crossing Townhomes.  The townhome project is by Cowboy Partners and will consist of 95 one and two bedroom residential units in 17 buildings.

The Central Point URA covers the rest of the proposed new downtown and includes the light industrial blocks to the south and west of the Market Station URA.  In this second redevelopment area, is the under-construction Hi-Grade Apartments, a project by developer David Blake, at the 2100 South block of West Temple. The five-story project is framed out and will include 100 residential units, 76 of which will be income restricted, and groundfloor retail.

Although just outside of the South Salt Lake City downtown redevelopment area, the Ritz Classic Apartments by ICO Development are well underway just south of the S-Line on the east side of State Street.  The five-story project is partially framed out and will include 287 residential units.