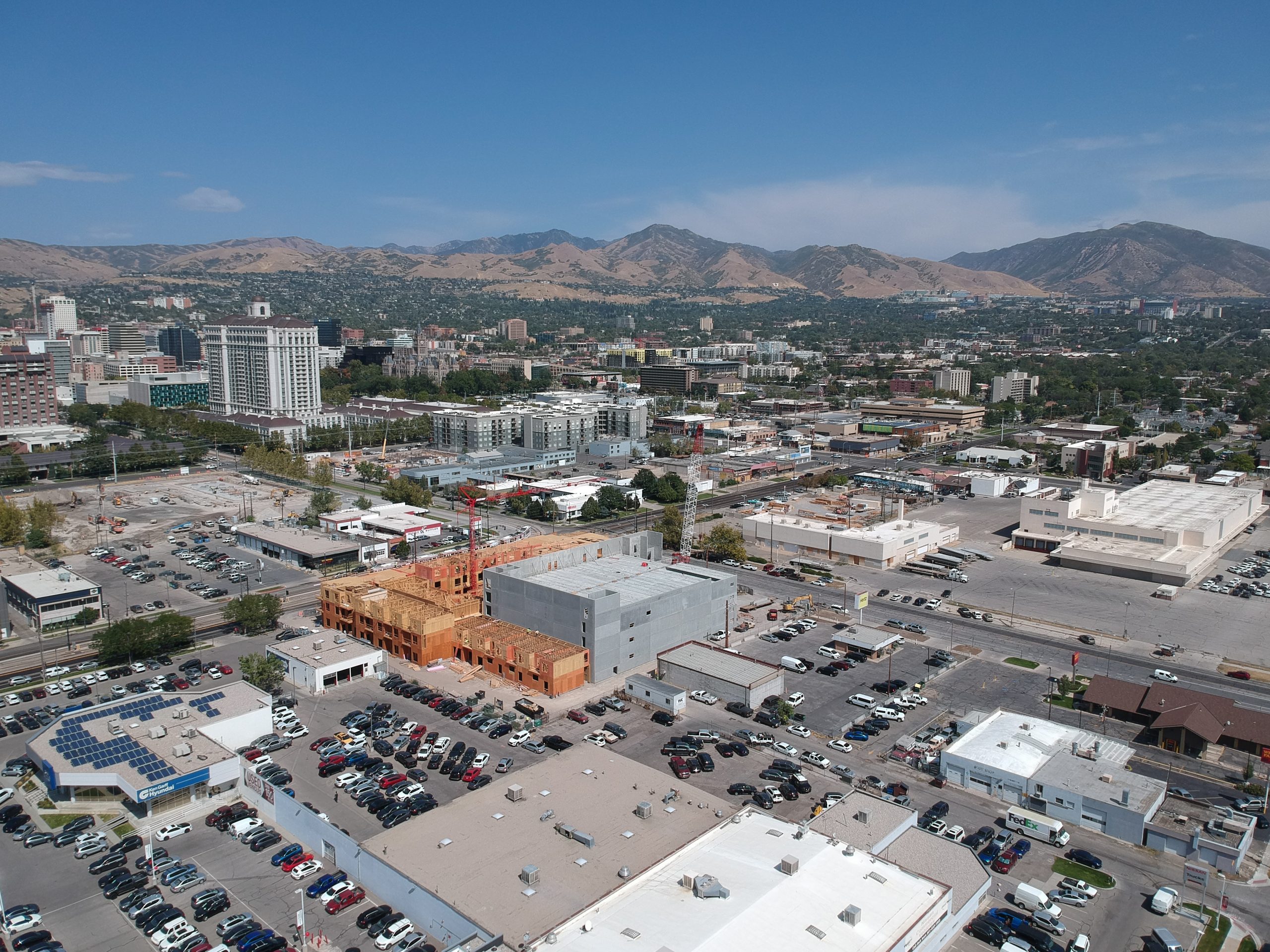 South Downtown, deadened by vacant buildings and car lots for decades, seems to be at a turning point.

Four major construction projects are underway in just a two-block area, with several smaller projects in the works. And that doesn’t count the Sears Block proposal, currently in design review at the city.

Below we take a look at the following projects, four of them currently under construction:

•Fife Brewing, constructing a new brewpub and eatery building at 61 E 700 S, by the Lotus Company.