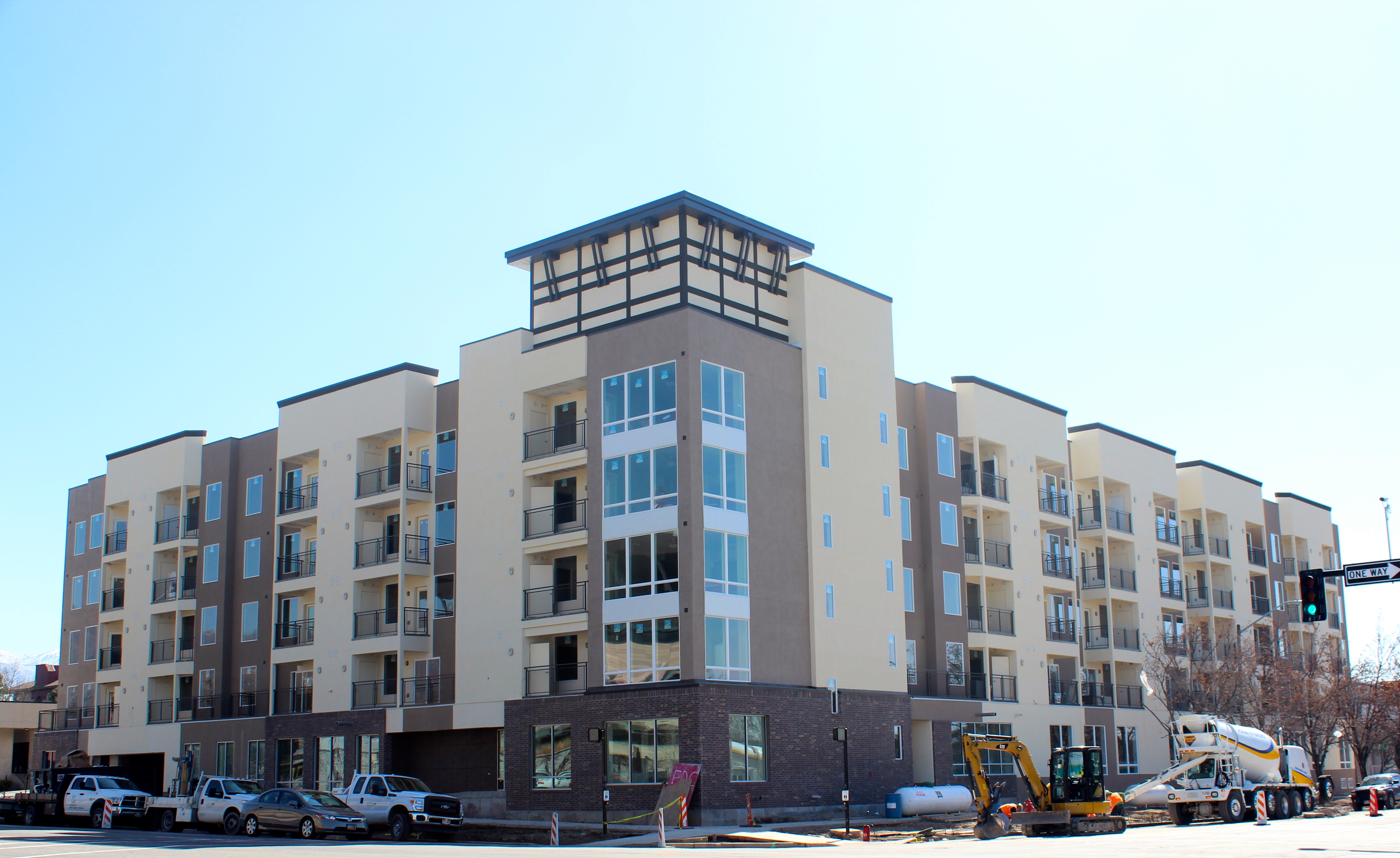 Zero setback doesn’t not make a development more walkable or provide energy at the street level.  Salt Lake has many projects that are built up to the sidewalk, yet engage little at the ground level.  True urban living revolves around shared spaces.  Walkable communities include buildings that feel open and engage the street level, which is the city’s most common shared space.

When developers build with the car in mind, instead of the pedestrian, many of the projects become “residential islands.”  These mid-rise projects add density but offer nothing more than shade to the surrounding neighborhood, by walling themselves off to the community.

The nearly completed, Seasons at Library Square is a project clearly built around parking.  Instead of having large main entrance, the project has two side entrances that look more like emergency exits than a main entrance.  Pedestrians passing the five story, 119-unit project will greeted by a parking structure instead of more active or inviting uses.

The Central City neighborhood is one of Salt Lake’s densest neighborhoods and is one of the areas best served by mass transit.  Many of the historic apartment buildings that line Central City’s streets show how residential can engage at the ground level.   In these buildings, the entrances are right off the sidewalk and the building is longer than it is wide keeping the active uses on the street level.

More recent project indicate that developers are beginning to realize the importance of the first floor.  The proposed Steve Black Apartments at the intersection of 400 South and 400 East will include ground-floor retail and will have the fitness facility on the first floor to help provide more active use at the street level.   The under-construction Liberty Crest Apartments on the 100 South block of 200 East won’t have any mixed-uses but will have a lobby and an internet cafe for residents that will open up at the street level with large windows and outdoor seating.

The developer’s second attempt at Central City development, the Seasons at Denver Street appears to have better street engagement along 400 South.  Hopefully future Seasons developments will do better to engage the street level and not isolate itself from the neighborhood.