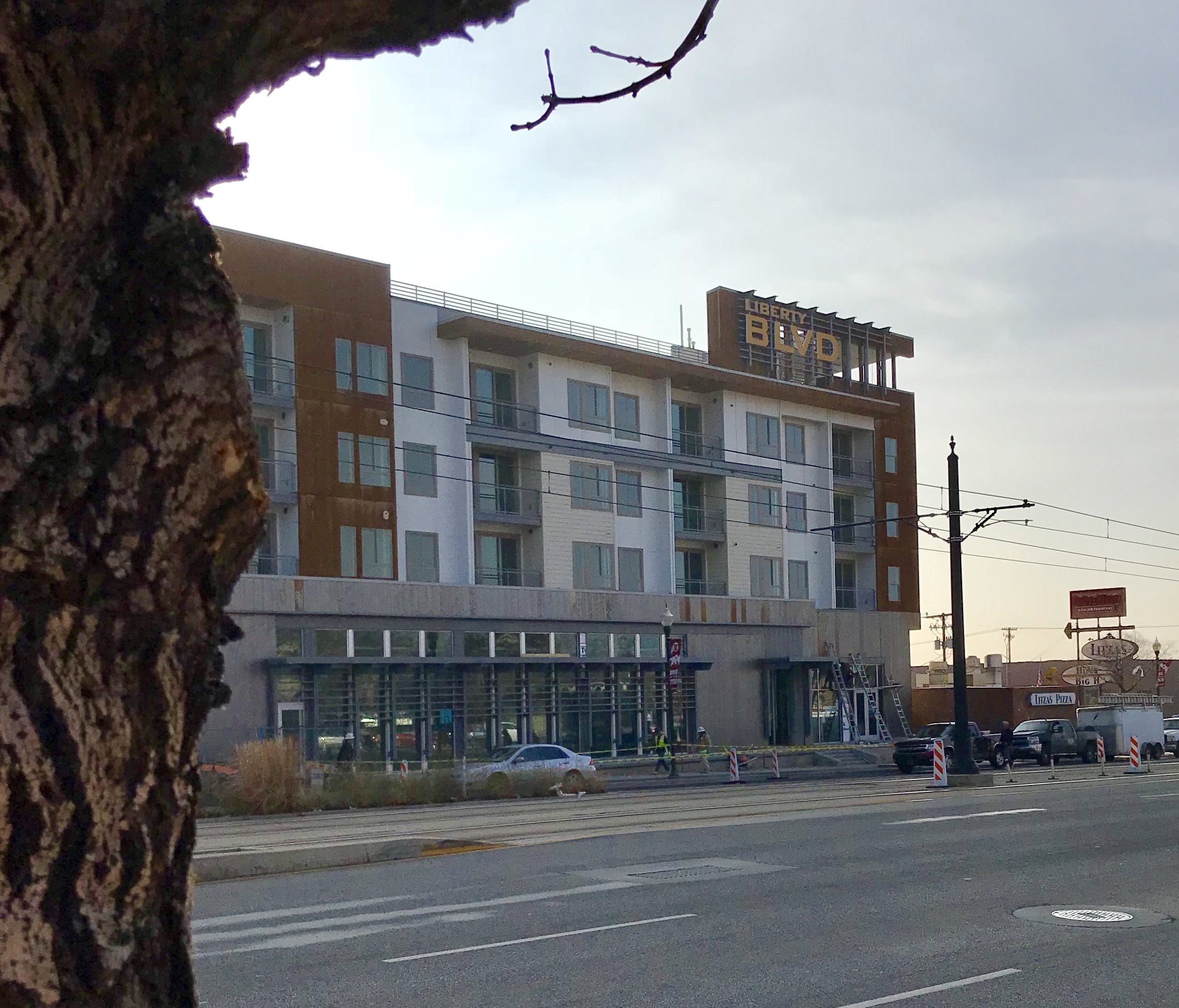 Several new projects are under construction in the East Central and Ninth and Ninth neighborhood which will add 334 market rate residential units and several small commercial spaces to the area.  As is seen in many infill projects, each of these projects experienced some level of  public controversy or concern.

The developers of The Haxton Place Apartments on 900 East just south of South Temple worked with neighbors to reduce the size and height of their project after objections from the neighbors in the adjacent historic Haxton Place neighborhood.

The 9+9 mixed use development was initially denied by the Planning Commission after objections from neighbors about scale and traffic, but the developers appealed and won their case.

Before Liberty BLVD was proposed there was concern raised during the rezoning of the former Wonderbread site about the impact the rezone would have on the amount of sun the adjacent Gilgal Gardens would receive.  The Planning Division prepared diagrams showing how the step backs in the new zone would protect the amount of sun that the Gilgal Gardens would receive and the rezone went forward.

The Northstar project on 1100 East was more a concern than a controversy, over the eastward expansion of the Ninth and Ninth business district.

All of the controversies and concerns were overcome one way or another and all four projects are now underway.

The Haxton Place Apartments is framed out 900 East and Haxton Place just south of South Temple. The three-story 39-unit project is much smaller project than originally proposed.  Initially, the developers, Baron Equities, proposed a five-story 105 unit project which they argued fit well with the much taller towers to the north and south.  These older, taller projects were mistakes not to be repeated, according to area residents, particularly those residing in the historic homes on Haxton Place which borders the project to the east.  Earlier this year the Historic Landmark Commission approved the scaled-down proposal.

The latest development by Cowboy Partners in Salt Lake City, Liberty BLVD, is well underway and currently pre-leasing.  The project replaces a former Wonderbread factory and will have 267 units and 4,000 square feet of commercial space on 400 South.  The sprawling project has street frontage on 400 South, 700 East and 500 South and sits just west of the idiosyncratic Gilgal Gardens.