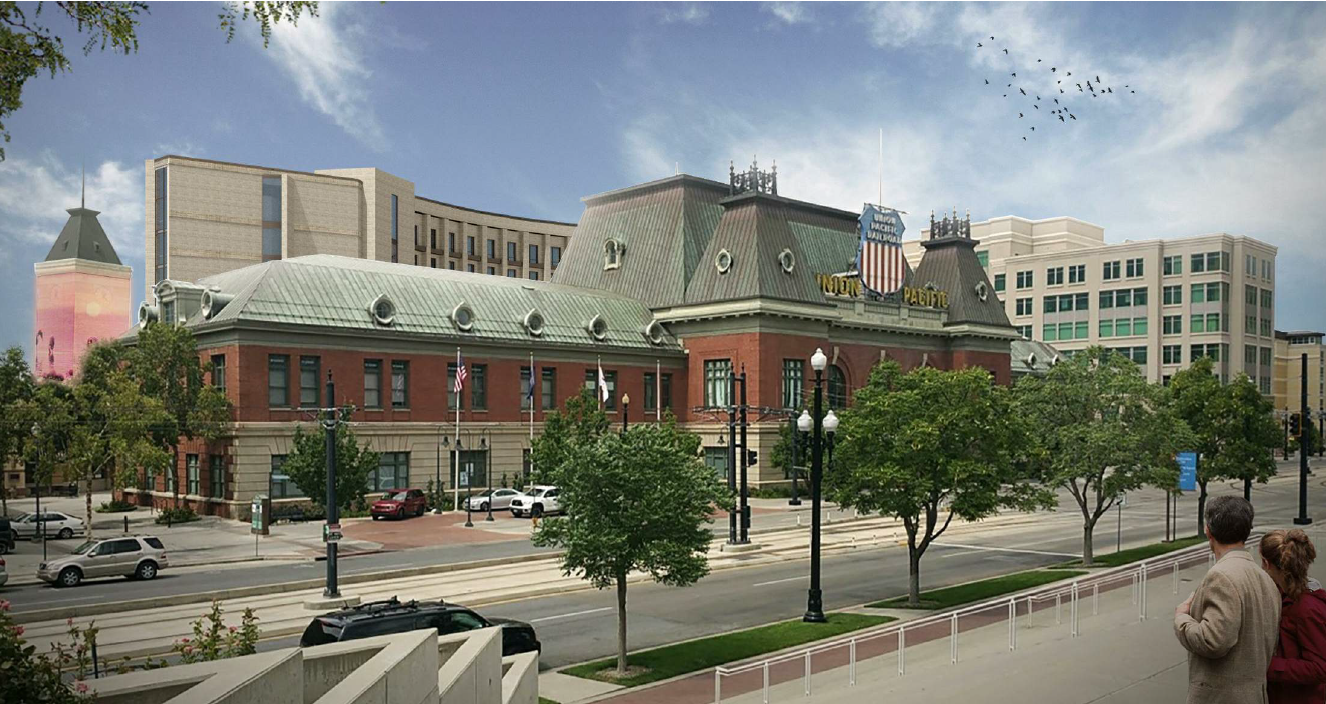 Vestar, the owner of The Gateway, is ready to move forward with the next step in the former mall’s evolution to a lifestyle, arts and entertainment center.  The Arizona-based company has submitted planning documents for their proposed Union Pacific Hotel, an eight-story hotel that will wrap around the west face of the historic Union Pacific Depot.

Vestar is collaborating with another Arizona-based company, the Athens Group.  According to their website, the Athens Group specializes in building luxury hotels, including the Montage Deer Valley in Park City.

As currently proposed, the project will include the renovation of the Union Pacific Depot and eight floors of new construction directly west of the Depot.  The project will add around 225 guest rooms, 26 suites, a coffee shop and over 6,700 square feet of restaurant space to The Gateway.

The exterior of three-story Union Pacific Depot will remain mostly unchanged.   The ground floor fronting 400 West will include the hotel reception, a lobby bar and the building’s two east-facing entryways.  The iconic Grand Train Hall will be preserved with the building’s south wing (formerly the home of Urban Outfitters) will be converted into a restaurant.

The depot’s second and third floors will include administrative offices, guest rooms and suites.  A boardroom and specialty bar will occupy the space above the reception and lobby bar on the second floor.

The new construction portion will contain the bulk of the hotel’s guest rooms on floors two to eight.  The ground floor will include meeting space, a junior ballroom and a fitness center.  The building will have a c-type curvature that will allow for an open courtyard to separate the new building from the historic depot building.  A coffee shop will front the courtyard and connect to the depot building. The courtyard will also open directly to the Olympic Fountain Plaza and The Gateway with a portion of the first floor opened up below a seven-story bridge that will house each floors’ suites.

Because the project will require approvals from both the historic landmarks and the planning commission, the earliest construction would start would be in 2019.