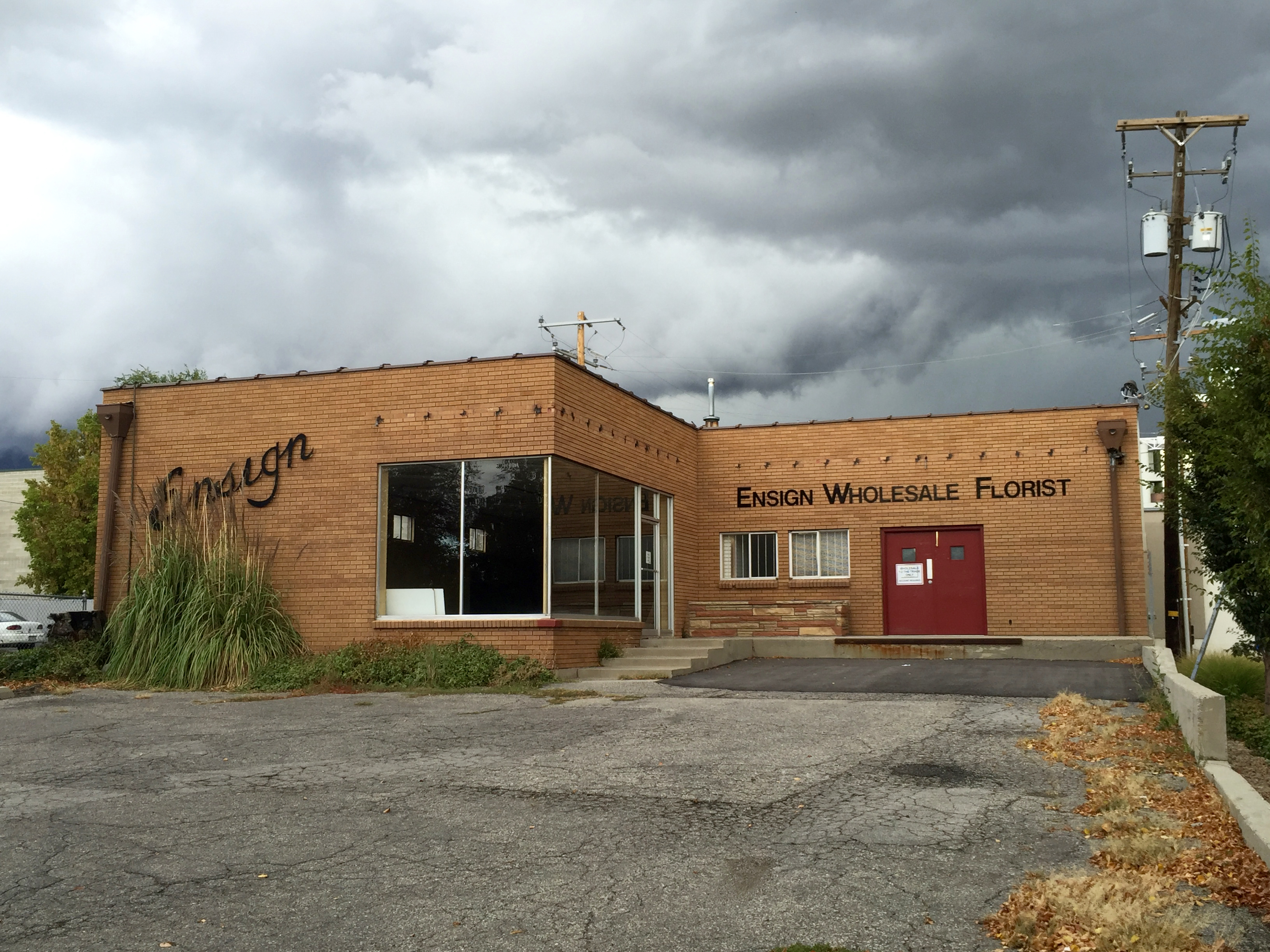 A proposed residential project in the Central City Local Historic District will get another chance to impress the Historic Landmark Commission.  During Thursday’s commission meeting, commission members asked the developers for more detailed architectural plans before approving demolition and alteration requests for a several buildings on the 600 East block of 500 South.

Cowboy Partners wants to incorporated the former Ensign Floral Building into its proposed Liberty Square Apartments development at the northeast corner of the 600 E 500 South intersection.  The project would wrap around the Smith’s Marketplace gas station and include alterations to the Floral building and the demolition seven smaller adjacent buildings.

The developers will most likely return to the commission next month with the updated architectural plans.   Several commission members were concerned by the size and scope of the project in comparison to the surrounding area and wanted to ensure that the project fits into the neighborhood.

The Liberty Square Apartments will be four-stories with 133 residential units.  The project will include an internal courtyard, parking structure

According to developers, the main entrance will be at the corner of 500 South and Green Street, a mid-block street between 400 and 500 South.  The bulk of the building will front 500 South with a parking structure that will be adjacent to the Trader Joe’s loading dock and accessed off Green Street.

The former Ensign Floral Building will be preserved and converted to five residential-unit building.  The building was built in 1959 and is an example of the modern architectural style.

According to the current architectural plans, the project will have minimal setback from Green Street and the sidewalk on 500 South.  The project should help Green Street become a more active mid-block connection for the neighborhood and improve pedestrian access to the Trolley TRAX station at the north end of the block.

The next Historic Landmarks Commission meeting is scheduled for November 5 at 5:30 p.m.