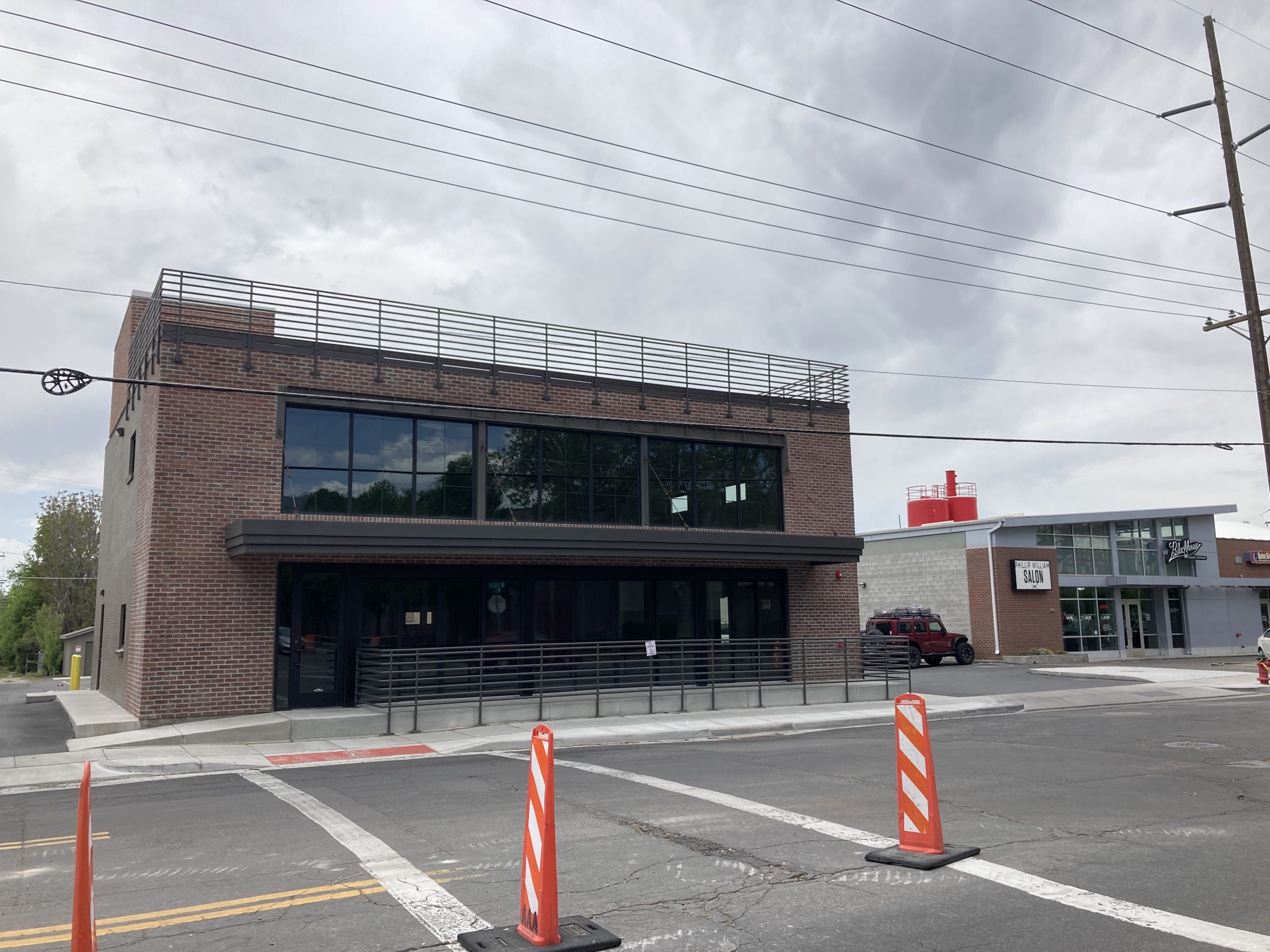 A property owner who wanted to provide outdoor dining on the roof of a two-story Sugar House building for a restaurant tenant was told he’d have to amend the entire zone to allow such a use, a lengthy and uncertain process at a time of heightened interest in social distancing.

Bill Grodnik pulled a building permit and constructed a deck with space for up to 50 diners on top of his building at 900 East 2166 South.

He says he took care to design the space to block any light or noise to the single-family homes west of the building. But a strict interpretation by the city’s Planning Division means his roof will remain vacant, along with the rest of the building.

“The city can’t just look at something like a normal person would look at it and say ‘Of course that makes sense,’” Grodnik said. “They look at my building and say, ‘The zoning is black and white, you can’t build a deck on the roof.’”

To remedy the issue, he’s started the process of changing the zoning to address the division’s interpretation of the zone.

Grodnik’s company owns the building containing a cluster of restaurants that includes Trolley Wing Co., Este Pizzeria, a salon and other small businesses. His building at 2166 South seeks to expand commercial options south on 900 East, an area that will be transformed with new buildings in the coming two years.

He’ll now spend what could be more than a year trying to persuade the Planning Commission and City Council that more rooftop dining space is a good thing in a city with limited options.

The Form Based Special Purpose Edge Corridor (FB-SE) zone seeks to provide a transition between the higher intensity uses in the core Sugar House business district and the single-family homes on the outskirts of the district.

The zoning allows for buildings up to 45 feet tall and commercial activity only on the first two stories and no higher than 30 feet.

Grodnik’s building is two stories and less than 30 feet tall. But city zoning officials determined that diners on the roof would violate the code.

“The decision was not that [the] rooftop deck would be a 3rd story, but rather that it would go beyond the 2 stories limitation, and therefore, would not be allowed,” a city planner wrote Grodnik’s team in April.

The planner went on to say that Grodnik’s best option was to try and amend the entire FB-SE zone.

The process highlights a power that many don’t realize exists in town: If Salt Lakers don’t like the way things are zoned today, they can start a process to change it.

Grodnik had an attorney actually write what would become an updated FB-SE zone if passed.

The proposed amendment would allow the building near 2200 South 900 East to activate the rooftop of the two-story building in a change that would apply to businesses primarily around 2100 South and 700 East.

It’s not his preferred option, but he’s started the process and hoping to succeed.

“It just doesn’t make any sense. I have a building in a commercial area, everybody’s looking for more outdoor seating with COVID,” Grodnik said. “It’s been very difficult to get a deal done on that building because everybody wants a rooftop. They want outdoor seating.”