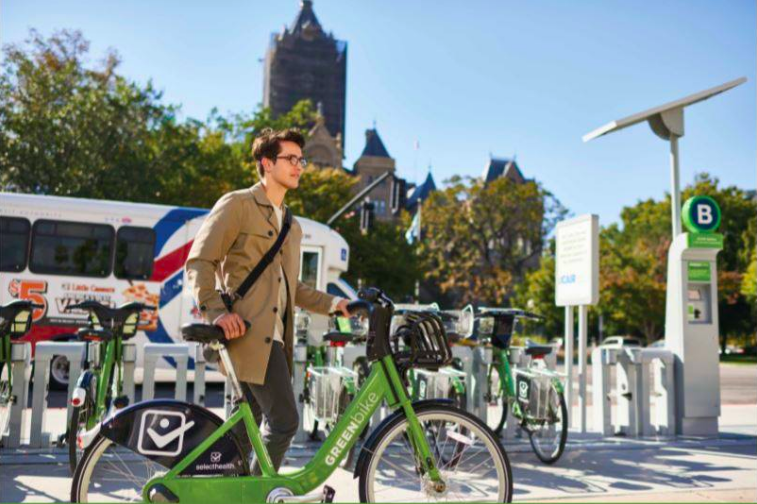 Whether you’re aware of it or not, Salt Lake City is going through a transportation revolution that seeks to shape the quality of life for residents for decades to come.

At a time when society craves the latest and greatest, worships tech giants and wants faster and more efficient products, the transportation industry is no exception.

In focusing on the battle for micro-mobility dominance, GREENBike, Salt Lake City’s nonprofit bikeshare system, is pushing forward with its ambitious plans of expanding outside the Downtown core.

While venture capital-funded tech companies continue releasing more and more dockless vehicles around the city, GREENBike is seeking to move beyond simply capturing recreational users. It’s fighting to create a system that can someday become a viable alternative to the status quo of car reliance in Salt Lake City.

In the face of horrid air pollution and traffic woes, which threaten to hamstring Salt Lake City’s growth, our city needs to increase its support for alternatives that not only have the potential to decrease car trips but also improve property values and help businesses by creating stations that can become community hubs.

While dockless scooters are admittedly fun and certainly have their place in last-mile transportation solutions, GREENBike offers the clearest path to decreasing the dependence on cars in Salt Lake. With new plans to add an additional 13 stations in the coming months, GREENBike’s greatest asset is its permanent network of reliable rides.

Instead of going for a ride only to come back stranded because another user took your scooter, GREENBike stations are well stocked and utilize the BCycle App, which allows users to see the number of bikes at different stations around the city while also giving users the ability to use the app in many other cities with bike share programs across the country.

With a new Liberty Park station set to open in November, and additional plans for stations stretching from 700 East to 700 West and 2100 South to North Temple, residents and visitors will be able to commute Downtown and beyond like never before.

Salt Lake City has a youthful population, and allowing workers and residents the option to head in and out of Downtown or other areas of the city will go a long way to decreasing the dependence on needing a car or to take an Uber or Lyft.

One of the biggest hurdles to car dependence in Salt Lake has long been the distance between locations and the lack of walkability in many areas. With the most recent development from GREENBike, which last month released 50 new pedal-assist electric bikes (that are a blast, by the way), there is now a path forward to making the network more accessible to all residents young and old.

I believe it’s time for the city to throw its full support behind accelerating Ben Bolte, executive director of GREENBike, and his team’s vision.

Despite increased competition from tech disruptors, GREENBike has shown it can survive and adapt with changing technology and trends. The city cannot afford to rely solely on private businesses whose underlying goal is to turn a profit to solve our transportation problems.

Instead, we need to continue to cultivate our relationship with organizations that care about integrating our communities and seek to give our residents more options. Currently, Salt Lake supports GREENBike by matching federal grant funds and has also recently introduced free membership when one purchases a HIVE transportation pass.

This on its own has been a great help but if Salt Lake wants to really get serious about air quality our leaders need to do more to expedite GREENBike’s already proven track record with increased funding and support. In the upcoming elections demand action from your representatives and consider trying out a GREENBike next time you have a chance.

David Osokow is a resident of Salt Lake City’s Central City neighborhood and is a strong supporter of GREENbike SLC and other sustainable transportation options for Utah’s capital city. Follow him on Twitter @wanderingdave.