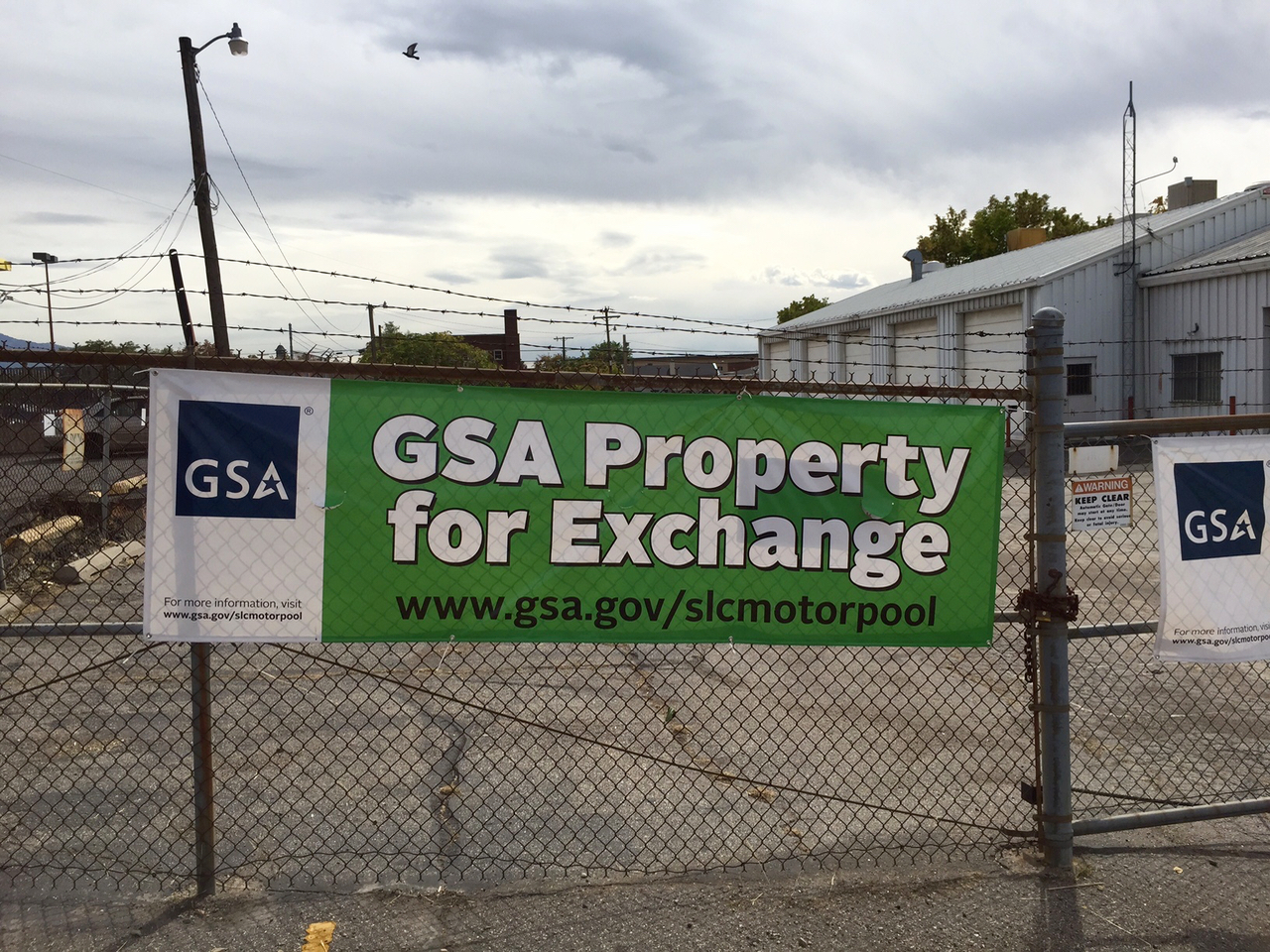 The federal government has prime real estate in Salt Lake that it wants to trade in exchange for   construction services for another federal property, the James V. Hansen Federal Building at 324 25th St. in Ogden.

The last RFP, released in September 2015, failed to attract a successful proposal.  The GSA has restructured the terms to make the deal more enticing to developers in the revised RFP released on March 14.

“The menu of projects has been reduced to include only two required base projects as well as a cash equalization payment,” wrote Sally Mayberry, the public affairs officer for the Rocky Mountain Region, in an email.  “This new scope was streamlined and limits environmental remediation required and night work to make a more appealing project that could add the greatest value to both the federal government and the potential exchange partner.”

According to the new RFP construction services on the Hansen building would include: updating the building’s electrical system, public corridors, elevator lobbies, and repairing exterior concrete, a surface parking lot and restrooms.

The Motor Pool building was constructed in 1967 and has been an office and a vehicle repair and storage facility by the FBI.  The bureau stored motor pool cars at the site until November of 2012.  Since then the property has been vacant.

The mid-block property stretches from 200 South to 300 South and is on one of the block’s best served by transit.   Two high frequency routes run along 200 South, Routes 2 and 205.  The property is a block from the proposed route of a downtown streetcar that would connect 500 East and South Temple to the Intermodal Hub, running east to west on 100 and 200 South and north to south on 500 East and West Temple.

Across the street from the motor pool property is another opportunity for a public/private partnership.  The Salt Lake City Community and Economic Development Department selected Cowboy Partners and Form Development to redevelop the 2.5-acre,  Northwest Pipeline Building and site (former Public Safety Building) at 300 East and 200 South.  The project includes a 248-residential unit, mixed-use project with that will incorporate affordable housing.

The RFPs are due April 29 and the GSA will hold a RFP Pre-Bidder’s Conference, March 31.