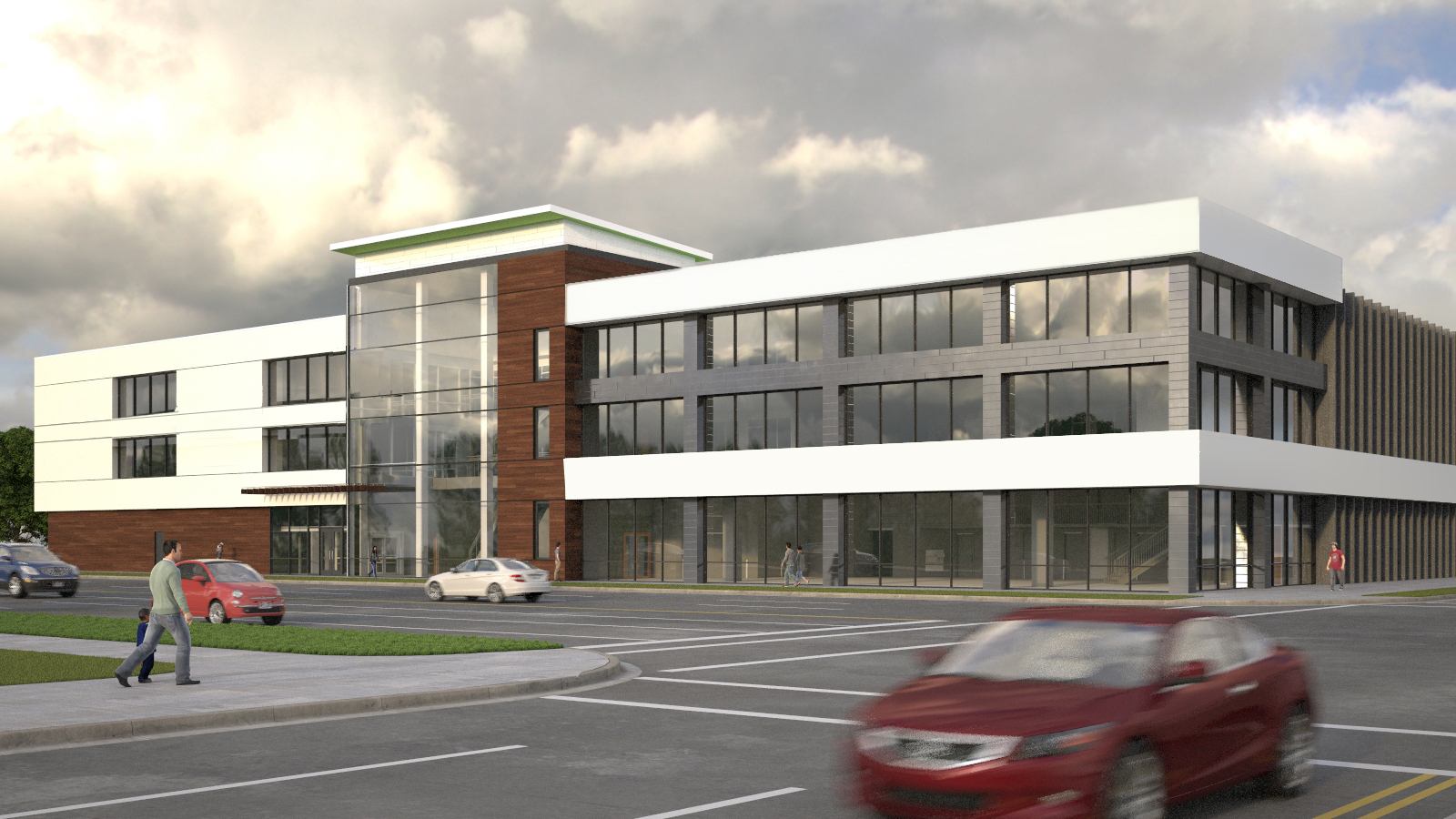 A former car dealership on the northeast corner of the 700 S. West Temple will soon become a new office building.  Renovations are underway on the former Mark Miller car sales and repair building that will become the new headquarters of the School Improvement Network, an education company that trains and develops materials for teachers and administrators to improve standardized test scores.

“Having a downtown location is key to our growth to motivate and excite our employees,” said  School Improvement Network CEO and president, Chet Linton.  “We think it is fantastic move: we are closer to the Capitol and the airport and we’ve got both TRAX and the FrontRunner close and within walking distance.”

The new office building is less than three blocks from both the Courthouse and 900 South TRAX stations.

The three-story building has been vacant for nearly a decade.  The building has good street engagement for a section of the city dominated by surface lots and parking-lot style car dealerships.  A surface lot/suburban-style Mark Miller dealership occupies the lot on the southwest corner of the same intersection, with two Ken Garff dealerships occupying the southeast corner.

“It was a space that we could turn into something spectacular,” said Linton.

At 135,000 square feet, the new headquarters will provide significantly more workspace than the current offices’ 32,000 square feet in Midvale.  The new home will have the company’s 250 employees working under one roof, which Linton hopes will encourage collaboration.  At the Midvale location, employees are dispersed between two adjacent buildings.

According to Linton, the company has been maxing out office space every two years.

“This is a structure we feel that we can grow into,” said Linton.

The School Improvement Network started in 1991 as a lifestyle company.  In 2006, the company began to focus on education and technology.  The company produces educational materials and trains teachers and administrators on best teaching practices.  According to Linton, the company trains a few thousand teachers a year.

The new headquarters will allow the company to hold its educator training and District Administrator boot camps on the property instead of renting space with a third party.  The new building will also have a video production studio so that educational videos can be filmed in-house.

Construction is expected to be completed in the fall.