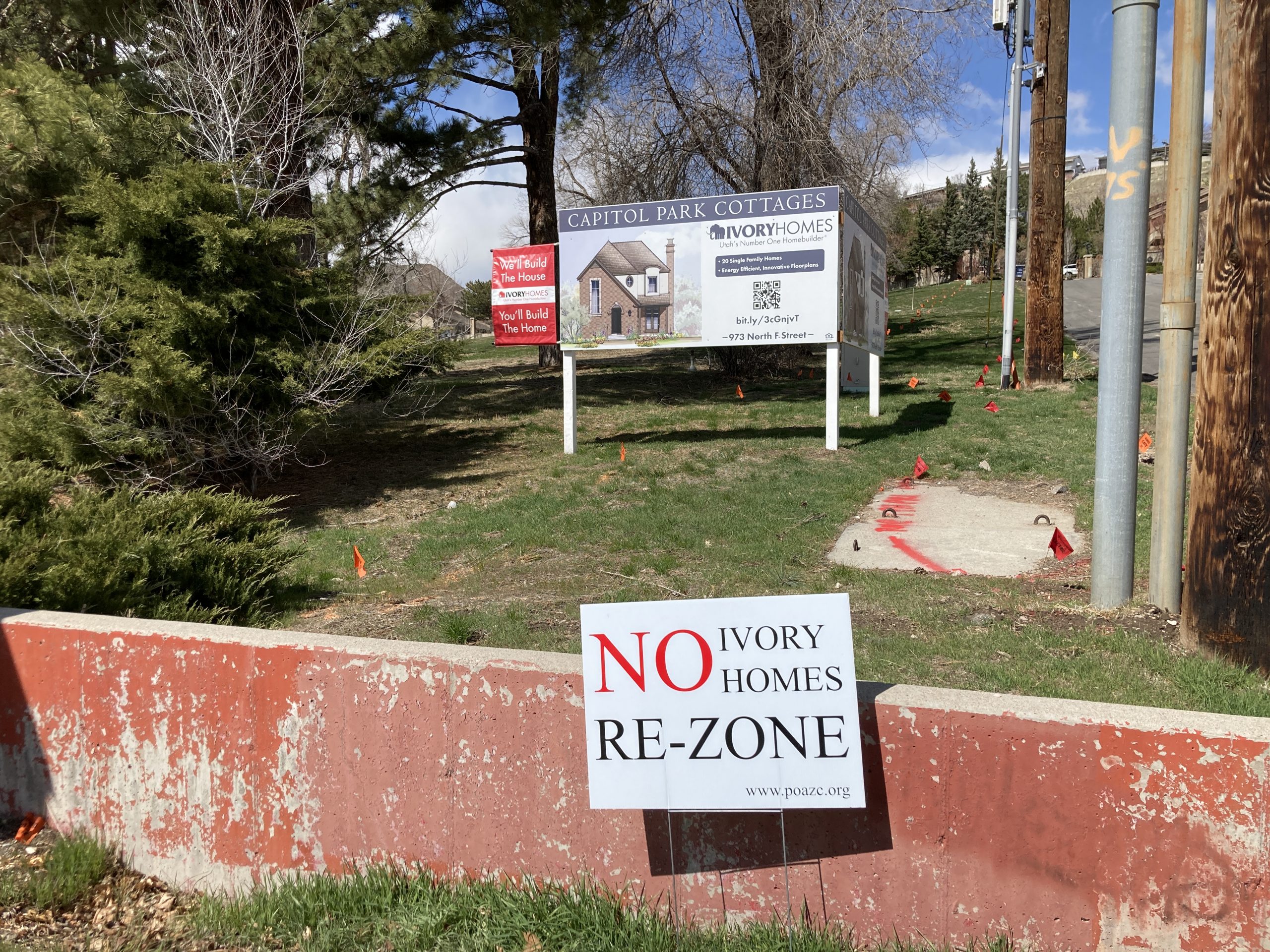 After massive neighborhood mobilization in opposition, Ivory Homes has abandoned its attempt at a form-based upzone for a large vacant parcel at 13th Ave and F Street in Salt Lake City’s upper Avenues.

Does that mean neighborhood opposition has won? Not quite.

The parcel behind the iconic former veterans’ hospital (now the Meridian condos) at the crest of the lower Avenues, is zoned Foothills Residential FR-3 and allows 11 homes, each with a possible ADU (as do all Salt Lake City single-family zones).

“We’re not interested in micro-managing the details of this development,” Jan McKinnon of Preserve Our Avenues Zoning, told Building Salt Lake. “The new plan also doesn’t work for this neighborhood. It doesn’t make sense here. It’s not anywhere near acceptable.”

Ivory, for its part, is confident that the city will approve its new request to upzone to Special Development Pattern SR-1, a zone that allows single-family detached, twin, and two-family structures.

The development’s 20 structures are all intended to be single-family detached, which carries a 5000 sf minimum lot size requirement under SR-1. 15 of the 4-bdrm homes will have attached ADUs. There are also five “custom homes” fronting F street, expected to price in excess of $1 million.

Its zoning change proposal extols the values of infill and ADUs to address Utah’s housing crisis.

Nigel Swaby, an Ivory representative on the project, presented to the Avenues community council and believes that the opposition’s arguments against density are disingenuous.

Yet local opposition isn’t likely to carry the day, Swaby predicts. “The city council is going to pass this. Ivory has worked closely with the city from the beginning, and planning staff knows about the opposition in the neighborhood and thought that this would be an easier zone for them to support.”

The city planner on the project did not immediately respond to our inquiries. The public comment period on the proposal has been extended and is still open. The petition is likely to surface at the Planning Commission later this year.