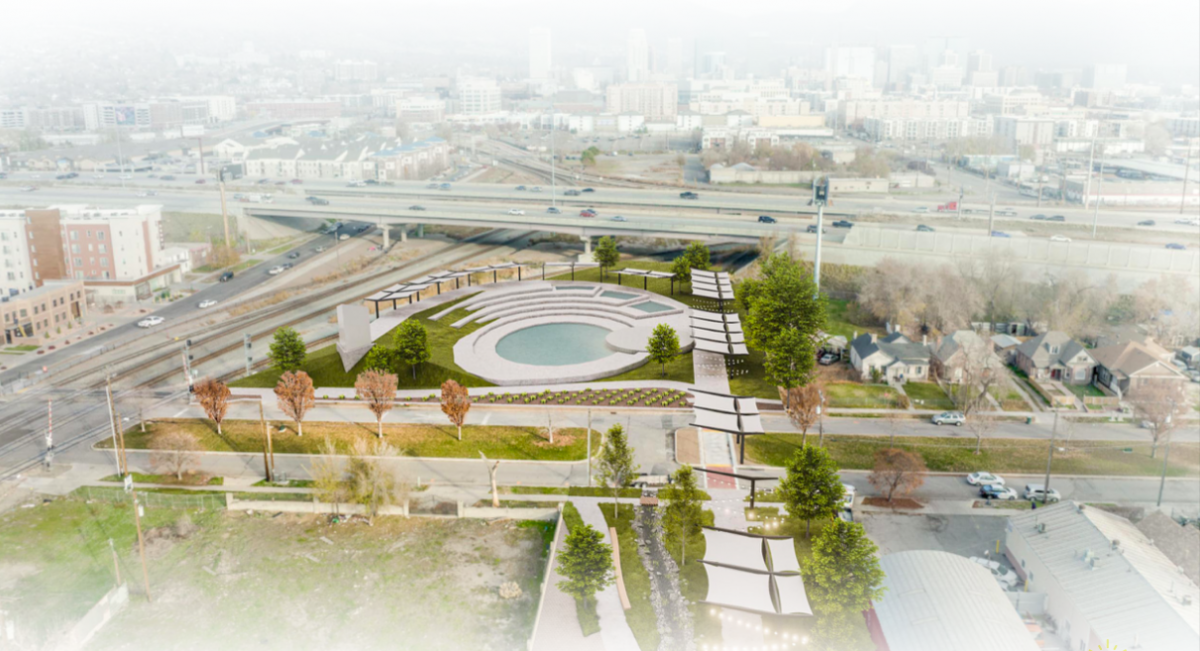 Just west of Downtown, in area sliced and scarred by transportation infrastructure, a city project to create a linear park that surfaces sections of City Creek on its way to the Great Salt Lake is taking shape.

The Folsom Trail has been envisioned at least since the 2010 North Temple Boulevard Plan. It’s a signature project of the city’s Redevelopment Agency and the recently-approved $85 million parks and open space bond. City planners are counting on it to supply valuable park space for a corridor exploding with residential dwellings.

Named for the short street that runs parallel to the Union Pacific tracks, the Folsom Trail is one of several notable efforts in the city at creating park spaces along trails.

Public investment to design park space along the S-Line streetcar in Sugar House was significant. The 9-Line west of I-15 is now in an RDA project area. With that new cash, the west side 9-Line (which runs along the border of Poplar Grove and Glendale) is likely to enjoy major improvements soon enough.

One mile (eight blocks) to the north, the Folsom Trail winds through what used to be called the Euclid neighborhood, but increasingly identified as Fairpark. City planners are hoping the corridor, landscaped for park use, will be instrumental is transitioning the area from light industrial to residential.

The trail might currently seem like a concrete ribbon to nowhere, ending at 1000 West. But if it can reach the Jordan River at approximately 1250 West, it links with the 45-mile-long Jordan River Parkway. Union Pacific, Dominion Gas, and the city are involved in discussions for a public easement from 10th West to the river.

The RDA has commissioned the local non-profit Seven Canyons Trust with public outreach. What priorities were expressed by participants?

Those soils, which go as deep as five feet, will need to be removed prior to development.

How’s the water quality? pH levels are high (between 8.1-8.8), but under the State’s threshold of 9. Bacterial E Coli and Coliform levels are “of concern but not unusual for an urban context,” the city’s latest materials report. “It will be important to ensure that daylighted water is moving as much as possible to prevent stagnant conditions,” it notes.

The water’s not for swimming – experts are recommending “secondary contact recreation,” where there is “a low likelihood of ingestion of water or a low degree of bodily contact with the water.”

The big element that pops is the small pond, a detention basin for City Creek water flowing out of an underground box culvert, adjacent to the I-15 overpass. A gathering space, possibly a small amphitheater, and circular pathway will lace the pond.

The daylighting of the creek is also an outstanding feature. Potential shade structures, as well as various gathering and seating spots feature as well.