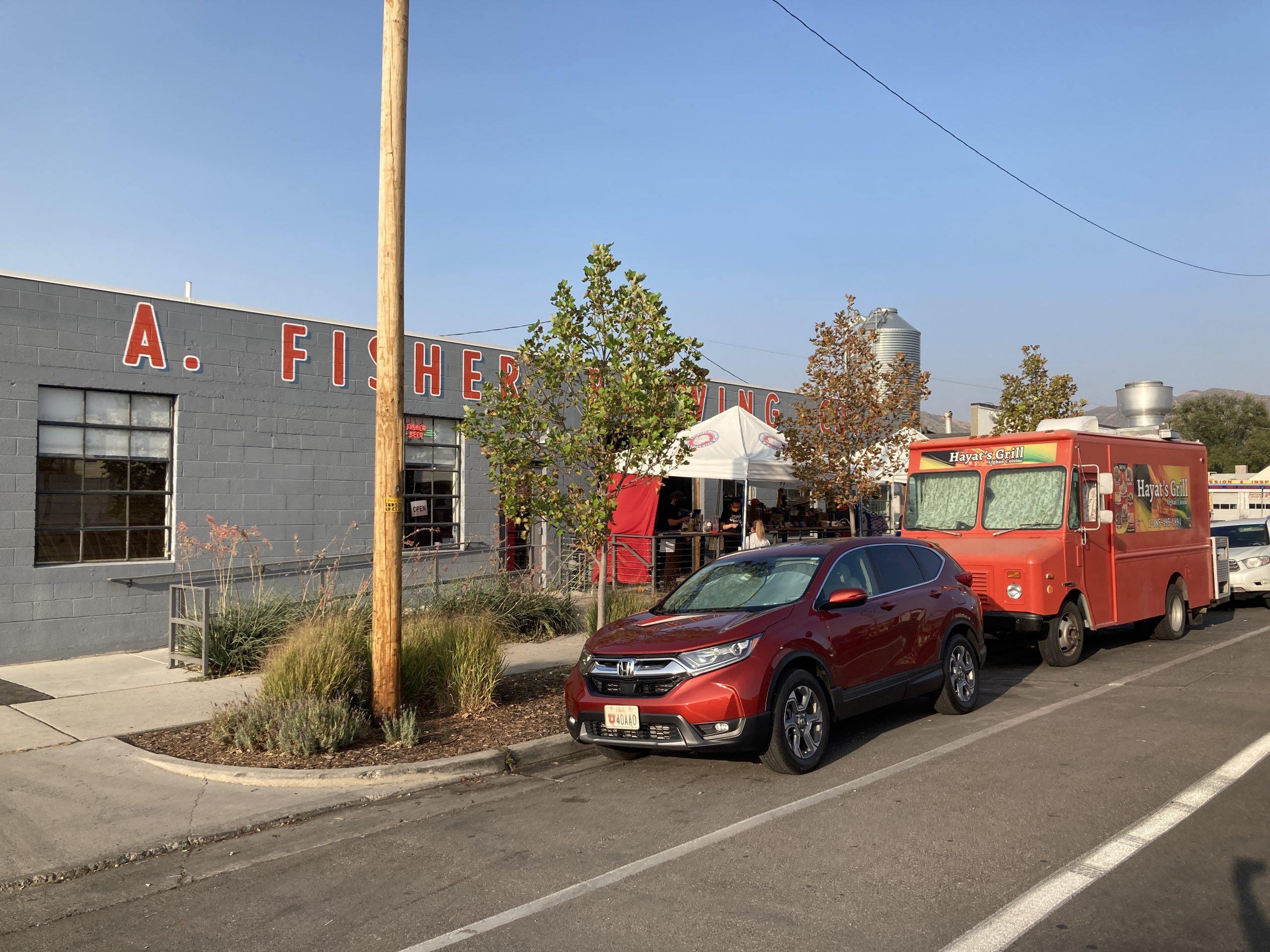 Four years after a group of buddies revived an iconic and dormant brewing brand, Fisher Brewing Co. is looking to expand, more than doubling its footprint in Salt Lake City’s Granary District.

The brewery has attracted immense popularity since opening in 2017 at 320 W. 800 S. in Salt Lake City’s Granary neighborhood. So much so, the team is requesting permission to expand both brewing, taproom and private events space. The deal to purchase the building next door closed in mid-August.

Fisher needs a conditional use permit before expanding. Once that’s secure, patrons will have more space to meet and drink, brewers will have more room to brew and can drinks, and there will be a new space for private events and occasional community gatherings.

“For us, it’s kind of about doubling down in the neighborhood and really creating the full, functioning space we envisioned,” said Tim Dwyer, co-owner of Fisher Brewing Co.

Amid a brewery rush that started in 2017 in the capital city and South Salt Lake, Fisher stood out for its decision to keep things entirely in-house.

Its only distribution is through 32-ounce crowlers, 64-ounce growlers and, more recently, 16-ounce cans, all sold on-site. Most other breweries in the area have a presence in state monopoly liquor stores or a 5.0 ABV version in grocery and convenience stores.

If you want Fisher, you’ve got to go to headquarters in the Granary to get it. That won’t change despite the added capacity.

“The goal is to continue to drive people to the place and to have fresh beer sold out of this place directly,” Dwyer said. There’s “no crazy distribution plans with this, just a variety of packaging options.”

During the pandemic, Fisher adapted by expanding its offering of high-point beers, which had initially only been infrequent special releases but are now available year-round.

The addition will make room for a new 16-ounce canning line for low-point and high-point beers.

The added brewing capacity will allow brewers to expand offerings and continue experimenting with new recipes.

Fisher has always offered free space to nonprofits in the community to host events without shutting off the taproom to the public. The private events space in the building on the corner of 300 West will give more room for quiet gatherings or community events.

There’s a vibe about Fisher that helps fill the brewery any day of the week. (The beer might help do that, too.)

The team looking to match that same vibe by using the same team responsible for the original building.

The new space is immediately east of Fisher’s outdoor seating and picnic tables.

“We’re looking to bring…the same sort of industrial vibe the current place has,” Dwyer said. “We’re looking to make it similar and feel like the old Fisher as well as add some new elements.

“The whole point of the expansion is additional areas for flexibility while keeping the core Fisher what it is.”

The Fisher name has been around the Salt Lake Valley since the first Fisher brewery opened in 1884. It rapidly grew to become the largest brewery in the state and much of the west.

Newspapers from the day commonly boasted of “A. Fisher Brewing Company’s Celebrated Beer always on draught, fresh and cool” at various locations in the capital city.

“Beer, it is conceded, is a most wholesome beverage,” Albert Fisher told the Salt Lake Tribune in 1909. “Beer does not excite to unruly passions, as some of the stronger alcoholic beverages do, and its manufacture and consumption should be encouraged.”

Another advertisement in that era declared the brewery: “One of the institutions of which Salt Lake City is justly proud.”

The company merged with another brewery in 1957. It phased out completely not long after until it was revived in 2017, only to swell in popularity locally once again.

Buying the building in one of the most attractive neighborhoods for developers shows the team is cementing the Fisher legacy once more, even without reaching for the distribution scale of its bygone ancestor.

Because it’s an adaptive reuse project, the expansion qualifies for money from the Redevelopment Agency.

If the conditional use permit is approved, the new space would be ready for business late next summer.

Interested in seeing where developers are proposing and building new apartments in Salt Lake? Want to support a local source of news on what’s happening in your neighborhood? Learn more about becoming a member.