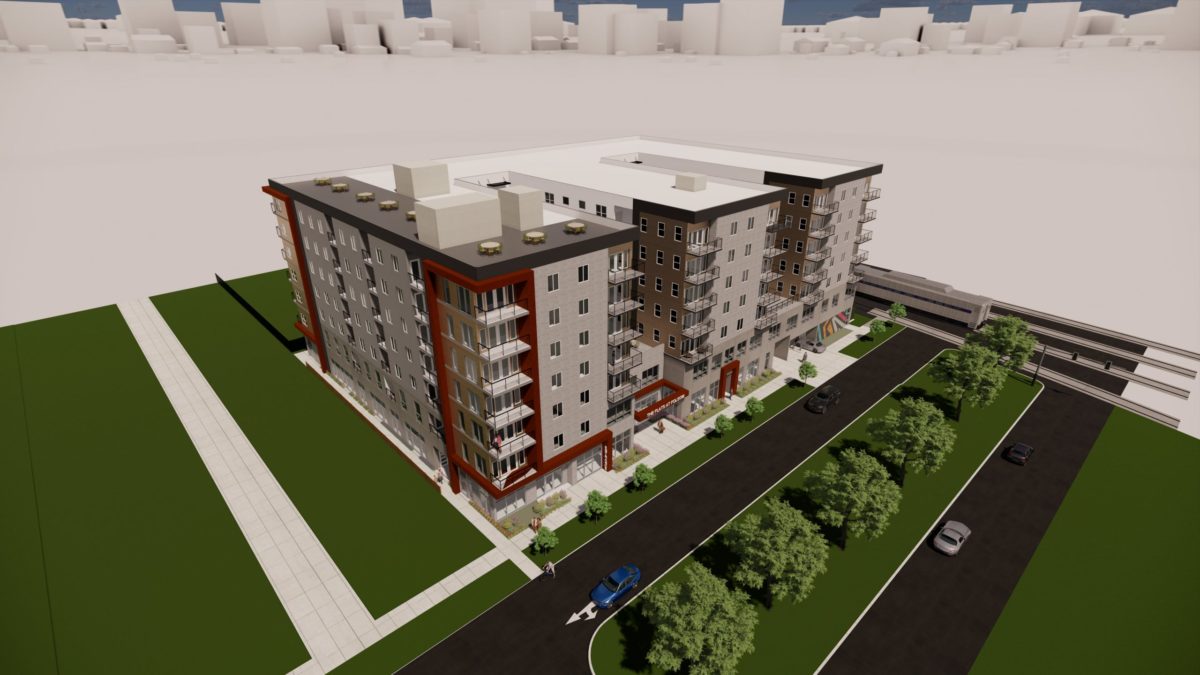 We now know what the first project along the Folsom trail at 800 West in Salt Lake City will look like.

TAG SLC, a Building Salt Lake sponsor, won a unanimous vote in April from the Planning Commission (despite a negative recommendation from the staff planner) for a zoning change from TSA-UN-Transition to TSA-UN-Core, which is awaiting scheduling at the City Council for final approval.

This week, the developer’s architect, Di’velept Design, submitted plans for a 188-unit market-rate apartment to be called the Flats at Folsom, a rebrand from its previous moniker, TAG Sawtooth.

The .88 acre parcel at 16 S. 800 W. will provide studios, one- and two-bedroom apartments that will mainly front 800 West. To the north are UP freight train tracks, and to the south is the recently-opened (but not yet completed) Folsom multi-use trail.

The Jackson-Euclid Trax station is a block and a half away (1000 feet, just to the north on 800 W. and North Temple.

The project is required to undergo design review, as it is seeking relief from a 200-foot maximum facade limitation. The proposed building is just under 220 feet long.

The building will provide 142 parking stalls in two levels of structured parking – a .76 : 1 ratio.

It may also provide a small coffee shop on the south side, adjacent to the Folsom Trail. TAG SLC’s Jordan Atkin told us he is “shooting for a juice bar/coffee shop to activate the Trail.”

The original staff report noted that the “applicant has stated that the development would need that level of density to support the ground level retail.”