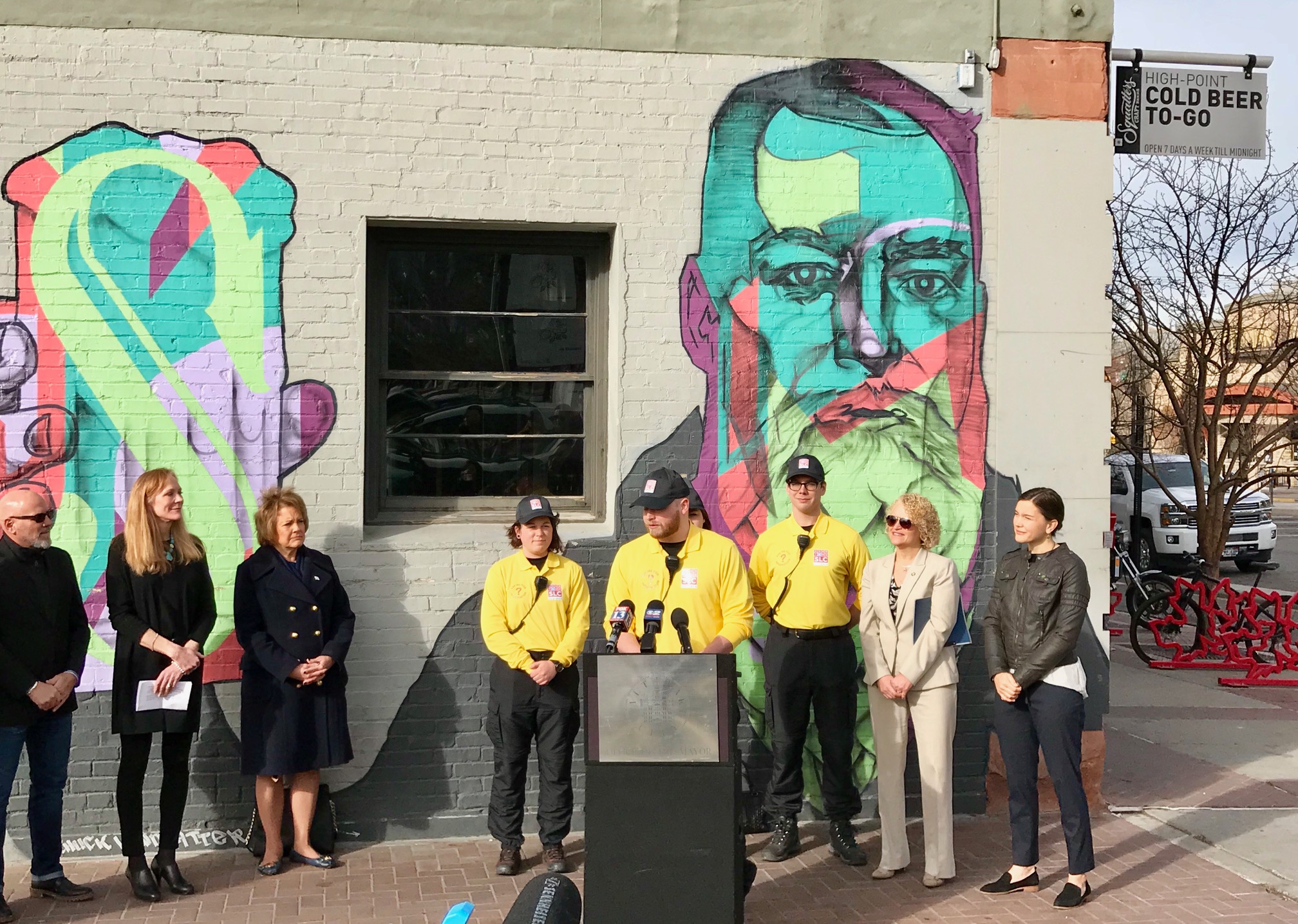 Visitors to downtown Salt Lake City will have a new resource.  On Thursday, city officials and representatives from the Downtown Alliance announced the Downtown Ambassador Program, a program that will deploy as many as a dozen ambassadors to major pedestrian thoroughfares throughout the year to field questions, create a more welcoming city center and help facilitate services for homeless individuals.

“We love the evolution we have seen downtown, but there are still challenges,” said Judy Cullen, the marketing director for the Squatters Pub and Wasatch Breweries. “The timing of these ambassadors is wonderful.”

Streetplus will run the ambassador program that is modeled after their programs in larger cities like New York and Chicago.  The current fleet of ambassadors consists of four employees that are available to offer information and be another set of eyes downtown.  The fleet is “on patrol” six days a week from 9 a.m. to 5:30 p.m.   By the summer the fleet will nearly triple in size and will be active on the street all week from 7 a.m. to 11 p.m.  The ambassadors will be an active presence in the downtown core, the area bounded by 400 South to North Temple and 200 East to 300 West.

“They are there to be the eyes and ears,” said Camille Winnie, director of community services at the Downtown Alliance.  “We want them to be mobile; we want them to be visible and stand out.”

To make the ambassadors stand out, staff wear bright yellow shirts and black pants that were selected not only to be conspicuous but as a nod to bees in a beehive, the state’s symbol.  The uniforms also include an “ask me for information” tag and the Downtown Alliance logo.

According to Norris, people are already utilizing the ambassadors, especially around City Creek and the TRAX Stations.  Norris spent several months before the uniformed program launched serving as an unofficial ambassador downtown and has developed a rapport with many of the area’s downtown homeless.

While on patrol, staff will carry backpacks that serve as portable information stations and have literature for various downtown locations.  Staff also use GeoPal, a field management app, to communicate with each other, document interactions and create heat maps that document areas of high activity.