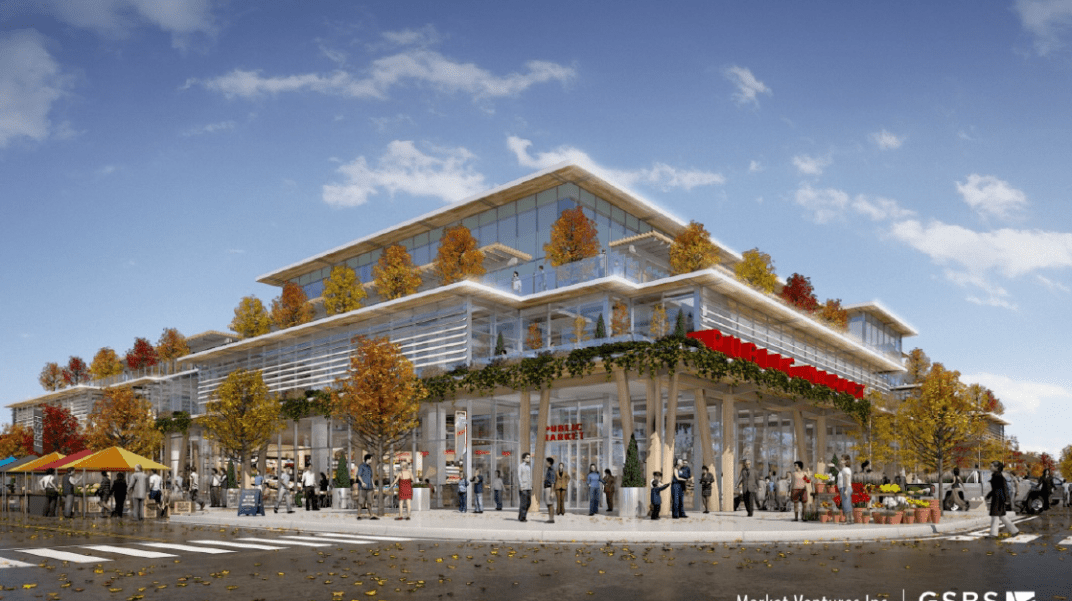 With a revised feasibility study and potentially new branding, officials from the city, Downtown Alliance and GSBS Architects updated the Salt Lake City Council acting as the Board of Directors for the Redevelopment Agency of Salt Lake City (RDA) the status of a proposed year-round public market.

After nearly two decades of planning, officials are ready to pursue funding for the market which could cost up to $30 million to build.

Plans for a year-round indoor public market have been in the works since as early as 1998. Since then the city has commissioned two feasibility studies.   The first study was commissioned in 2007 and found that downtown could support a market.  In 2016, the RDA voted to allocate funds to further explore the market’s feasibility, financing options and create a development plan.  That same year city officials selected parcel five, at the northwest corner of the 500 West and 300 South intersection in the Station Center Project Area, west of the Rio Grande Depot.

Because the market would be a key anchor to the Station Center Project Area, the reports authors suggested that the city should consider rebranding the Station Center to the Salt Lake City Market District.  The proposed district would include the Station Center parcels, but focus branding on the year-round market, the Winter and Summer Downtown Farmer’s Market and event space in the Rio Grande Depot.

According to Jesse Allen with GSBS Architects there were several revisions made to the 2017 report.  The first was a mistake that indicated that a mixed-use development could provide a direct financial benefit to the cost of construction.  Instead, Allen noted that construction funding will need to come from public grants or private donations.  While there might not be cost benefits, Allen noted that a mixed-use component could have secondary benefits by bringing in more residents to the area.

Allen also told the council that the report’s authors reduced the proposed size of the market to lower expected construction costs.  To reduce the market’s size, the report removed plans for office space and smaller adjacent market space that would operate three days a week.  By reducing the size of the market Allen argued that the market could self-fund its operations within its first two years.

Jason Mathis, the executive director of the Downtown Alliance, told the council that Boyer Co. and Cowboy Properties want to potentially partner with the Alliance to ensure the market is built.  The developers will redevelop Station Center’s parcel one, directly west of the site of the proposed market.  While the projects would remain separate entities, the developers could help design and finalize plans for the market.  Mathis noted that shared parking with the Boyer/Cowboy project could bring down market costs.

Councilmember James Rogers expressed frustration that the RDA staff weren’t more seriously considering the Fairpark grounds as an optional location for the market before moving forward with the Station Center site.  The RDA previously approved a study to explore a market at the Fairpark but other councilmembers requested that RDA staff expand the study to explore other ways of activating the Fairpark while moving forward with the Station Center site for the Public Market.

Councilmember Erin Mendenhall expressed her appreciation for the proposal and that the Downtown Alliance will pursue private financing options.

“I feel confident that this project will have some emotional resonance with people who would be willing to support it on a philanthropic basis,” said Mathis.  “We won’t be looking at the RDA or the city as the only entity to help us make this project successful.  The value of a public market is that it appeals to many cross sections, many industries and interests.”