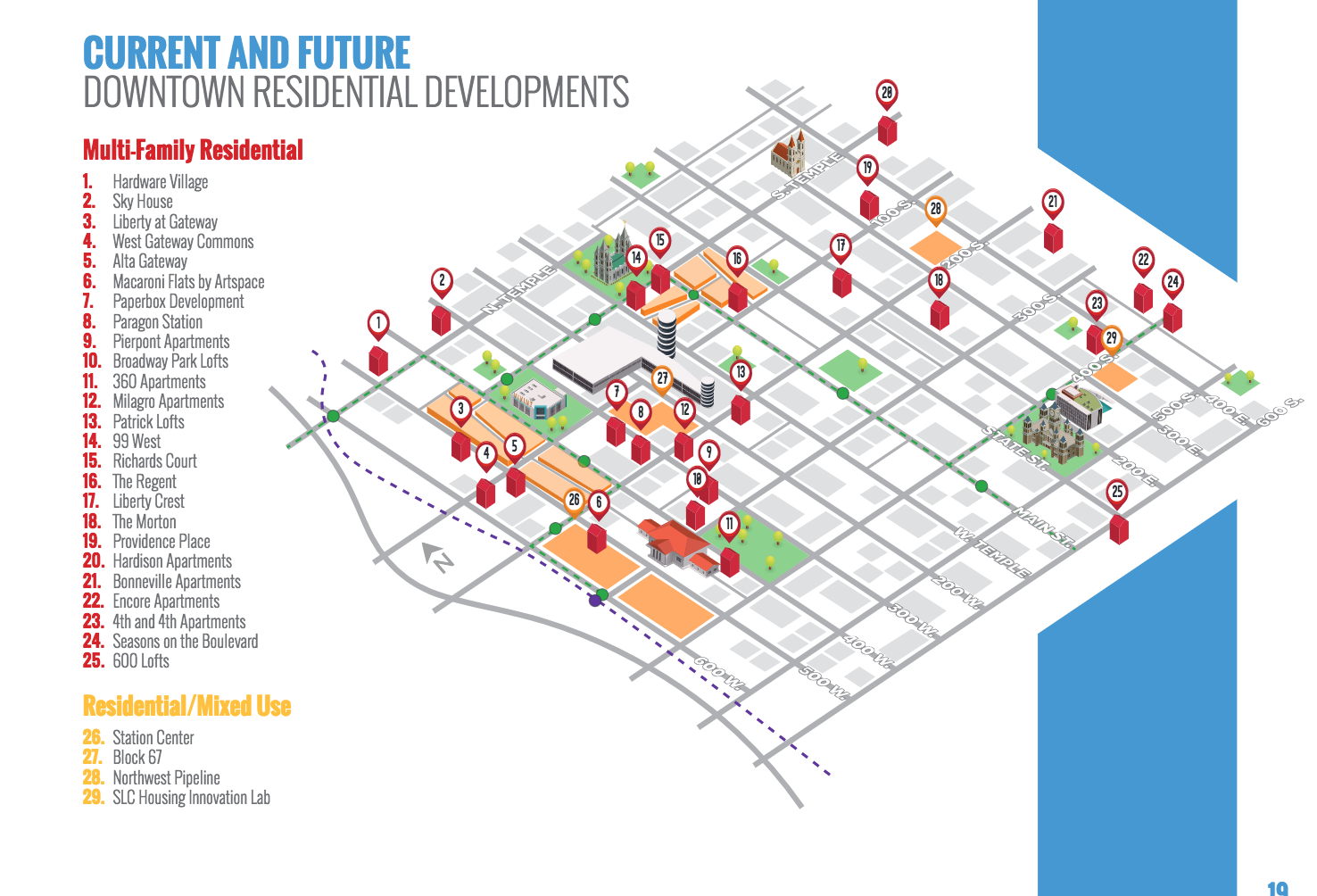 Like the rest of the region, downtown Salt Lake is growing.  Downtown’s workforce has increased 17 percent, or just over 11,000 workers, since 2007.  In addition, the downtown residential population is growing at historic rates.

But despite growth, for Jason Mathis, the executive director of the Downtown Alliance, the downtown community needs to focus on the downtown experience to continue to build on current growth.

On Wednesday, Mathis presented the Alliance’s annual State of Downtown Economic Benchmark Report and the Attitudes and Perceptions of Downtown Regional Survey.  The report and survey reveal a downtown that is growing in prominence and becoming more of an 18-hour destination with expanding nightlife and dining opportunities.

“Downtown events are not available in other places,” Mathis.  “There are more things to do while downtown.  You can have multiple distinct experiences.”

Survey data, conducted by Lighthouse Research, shows that shopping and events continue to be the biggest downtown draw for suburban residents.  Arts and Entertainment accounted for 20 percent of the trips downtown last year with over forty percent of respondents saying many events can only be found downtown.

Because data shows that, in general, Millennials are more interested in experiences than possessions, Mathis stated that the Downtown Alliance will begin to focus marketing downtown as an experience.

The increase in downtown workers and residents is creating a more diverse restaurant and nightlife scene.  Eating and drinking accounted for over one-third of downtown’s retail sales in 2016.

The Downtown Alliance is working to help create a sports and entertainment district in the area surrounding the Vivint Smart Home Arena.  In addition to an upgraded arena, Vestar, the owners of the Gateway are rebranding the shopping center as an entertainment center, moving away from retail to be more event and activities based.  Vestar has added events like a monthly gospel brunch and is replacing the food court with a Dave and Busters.

East of the arena is the proposed Block 67 development by the Richie Group.  The first phase of the project will include a dual-branded hotel and a mixed-use residential building with a focus on entertainment.  The developers plan to include large visual ad displays common in places like Times Square in New York to help identify the area as an entertainment district.

While there are no significant commercial developments under construction downtown, residential construction is booming.  There are over 3,000 residential units in development downtown.  According to a report by the University of Utah’s Kem C. Gardner Policy Institute, there will be more housing added downtown in the next ten years than what was added in the past 100 years.

“We don’t feel like the boom is over, there continues to be a huge demand to live downtown,” said, Mathis.  “The city of Salt Lake and downtown will look very different five years from now.”

The 2017 State of Downtown report indicates that Salt Lake is benefitting from the state’s growing tech economy.  In 2016, technology-based companies accounted for 21.8 percent of commercial leasing activity downtown.  Nadia Letey, the vice president of the commercial office division at CBRE, referenced two proposed office developments that will be designed and market to technology center, the Hardware Station building in the Hardware District development and two office towers proposed by Houston-based Patrinely Group.

For the Salt Lake City Director of the Department of Economic Development, Laura Fritts, new commercial buildings are needed downtown.  Fritts, whose job is to help bring businesses to Salt Lake, said that the city has lost several potential companies that opted for the suburbs because there wasn’t enough space available downtown.

“It takes 18-24 months to build a new office building.  We are really trying to encourage our local development community to build buildings because we know that we can fill them,” said Fritts.

Despite current and projected growth, Mathis cited several areas of concern that impede downtown development.  The alliance would like to see better connectivity downtown with a downtown bus circulator, a downtown streetcar and TRAX extended along 400 South from Main Street to the Intermodal Hub.  Mathis also attributed the quality of life issues surrounding the Road Home Shelter for stalling development in the Station Center project area adjacent to the transit hub.