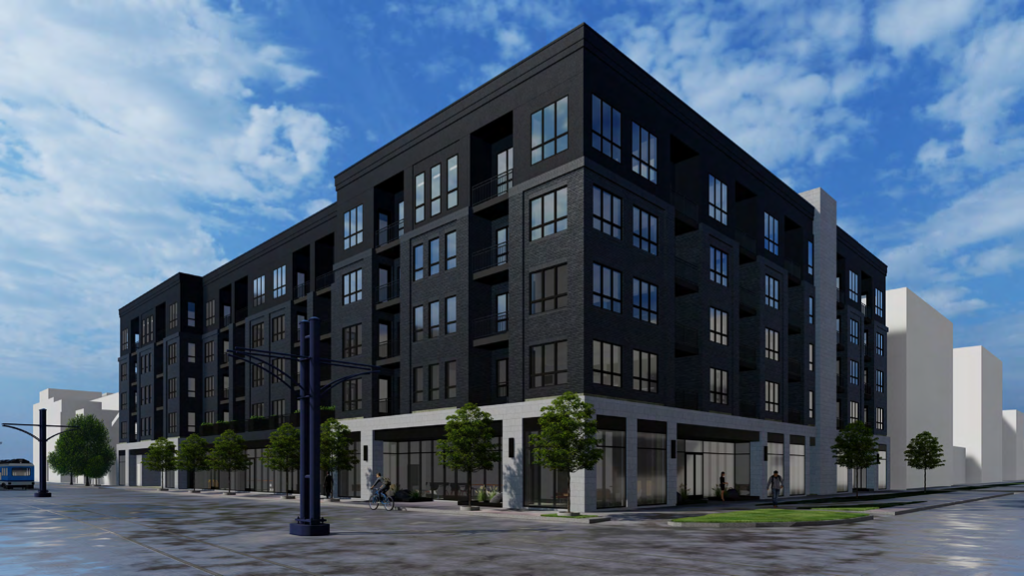 It looks like a key corner in Central 9th long eyed by developers and the city’s Redevelopment Agency but tied up by environmental contamination will see a project at last.

The site, at the southwest corner of 900 South and 200 West (906 S 200 W) was purchased last year from Urban Alfandre, which has two projects currently under construction next door on 900 South. Alfandre had successfully received State of Utah approval for its cleanup plan of the former dry-cleaning and now brownfield site.

The latest owner is local outfit CW Urban, a Building Salt Lake sponsor, which has transformed itself from building mostly townhomes into a full-scale residential infill developer. On the site will sit The Darlene, a five-story, 65-story, mixed-use, market-rate rental building that received approval from the Planning Commission for two exceptions needed for the project in FB-UN-2 zoning.

Its ground-floor presence includes tenant amenities and a garage entry along 200 West. The project will house a single retail space, not at the corner, but further west on 900 South.

The building is strategically located next to transit, served by both Trax light rail (north-south) and enhanced bus service (east-west) on 900 South.

Its 116 units will be divided between 20 studios, 78 one-bedroom, and 8 two-bedrooms. The project will provide 70 parking stalls in an at-grade podium.