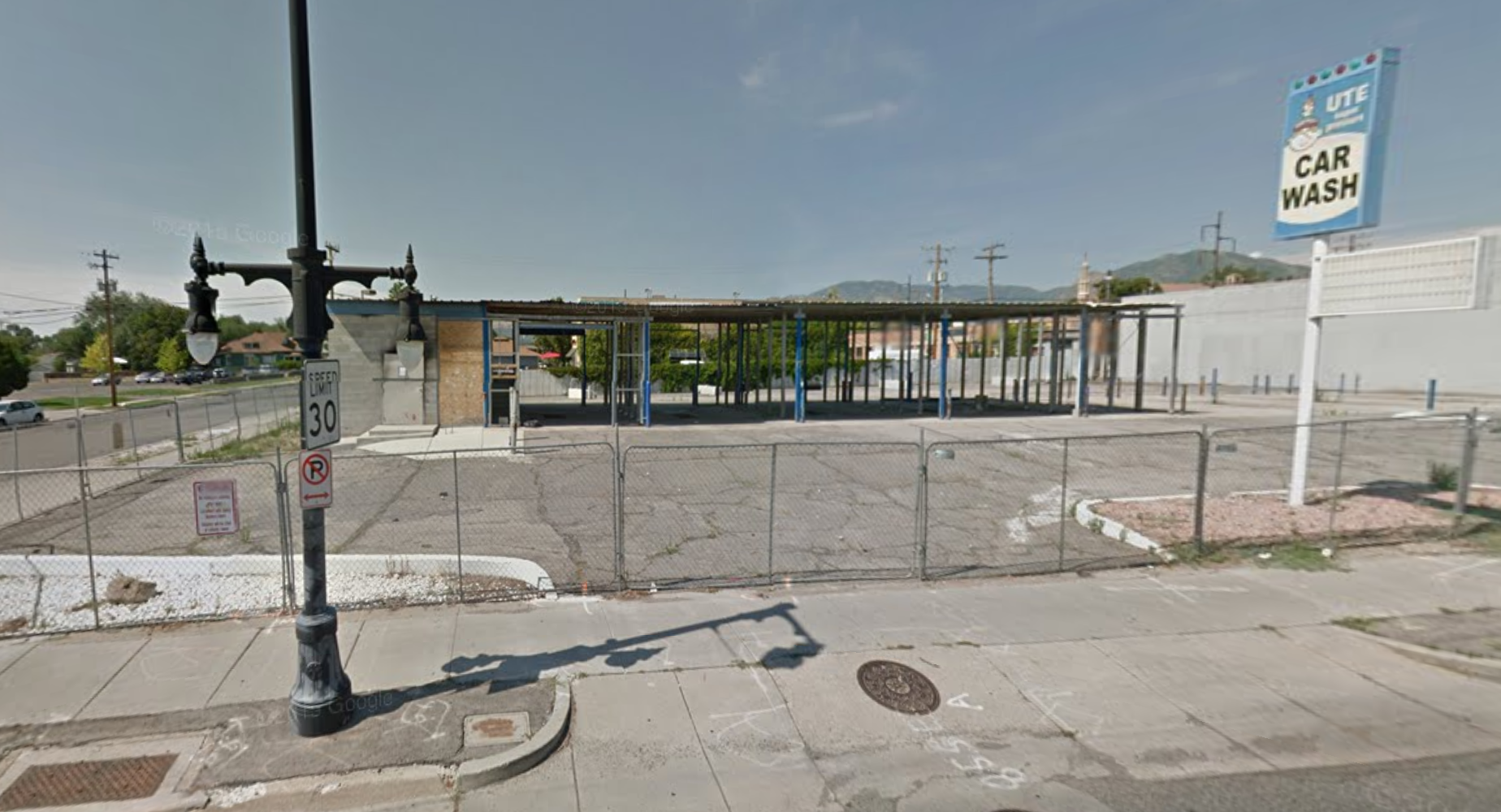 It is hard to miss the the abandoned structure and lot that formerly housed the Ute Car Wash on 2100 South.  The vacant lot and structure that is in apparent disarray, stick out in a neighborhood that is rapidly developing like Sugar House.

On Wednesday Mayor Jackie Biskupski, Council Member Lisa Adams and the Sugar House Community Council Chair, Amy Barry, will participate in a ceremonial “demolition” of the abandoned structure on 2011 South and 863 East in Sugar House.

The Ute Car Wash went out of business in 2014.  The property owner began demolition without a permit before the city intervened.   Almost immediately after, residents and representatives of the Sugar House Community Council fought to have the half-demolished structure torn down.

“We deserve better than this blight.  Many cities have ordinances that fine property owners on a daily basis until they get their permit and complete the demolition,” wrote Barry on the Sugar House Community Council’s website.

According to the City, due to a city code, the owners of the property were unable remove the deteriorating structures because they were unable to provide complete development plans for the site.  The code was put into effect after other demolition in the neighborhood created the “Sugarhole.”

The city’s ordinance states that the “primary intent of the city council with respect to this chapter is to avoid demolition, or partial demolition, of buildings in a manner that disrupts the character and development pattern of established neighborhood and business areas.”  Under the city code property owners are required to keep their buildings in a habitable condition until new construction takes place.  The code also requires property owners to landscape the parcel after demolition.

Sugar House residents created a petition and reached out directly to Mayor Jackie Biskupski, who ordered her administration to find an alternative. It took collaboration from three agencies: the Attorney’s Office, Department of Community and Neighborhood Development and building services responded to find a previously unused provision in the code that allows for the mayor to appoint an administrative committee, composed of members from the Salt Lake City Police Department, Salt Lake City Fire Department, building services and administration from Community and Neighborhood Development, to issue demolition permits based on safety concerns.

The Community Development Director requested an emergency demolition permit that the city approved on June 8, 2016.

According to the city, the property owners  have agreed to keep the lot appropriately maintained until they decide to develop the property.   The parcel is zoned CC (Commercial Corridor) which allows for building heights up to 30 feet, with additional height allowed through the Conditional Building and Site Design Review Process.

The property will hopefully not be vacant long as building demand in the area continues.  Construction should start later this year on the 21 by Urbana, a four-story, 126-unit residential project on the 900 East block of 2100 South.  The former car wash site is just half a block east from the newly adopted Sugar House Streetcar Corridor Master Plan.  The master plan established new zoning districts that allow for heights up to 45 and 60 feet for parcels adjacent to the S-line streetcar route and 2100 South between 600 and 800 East.