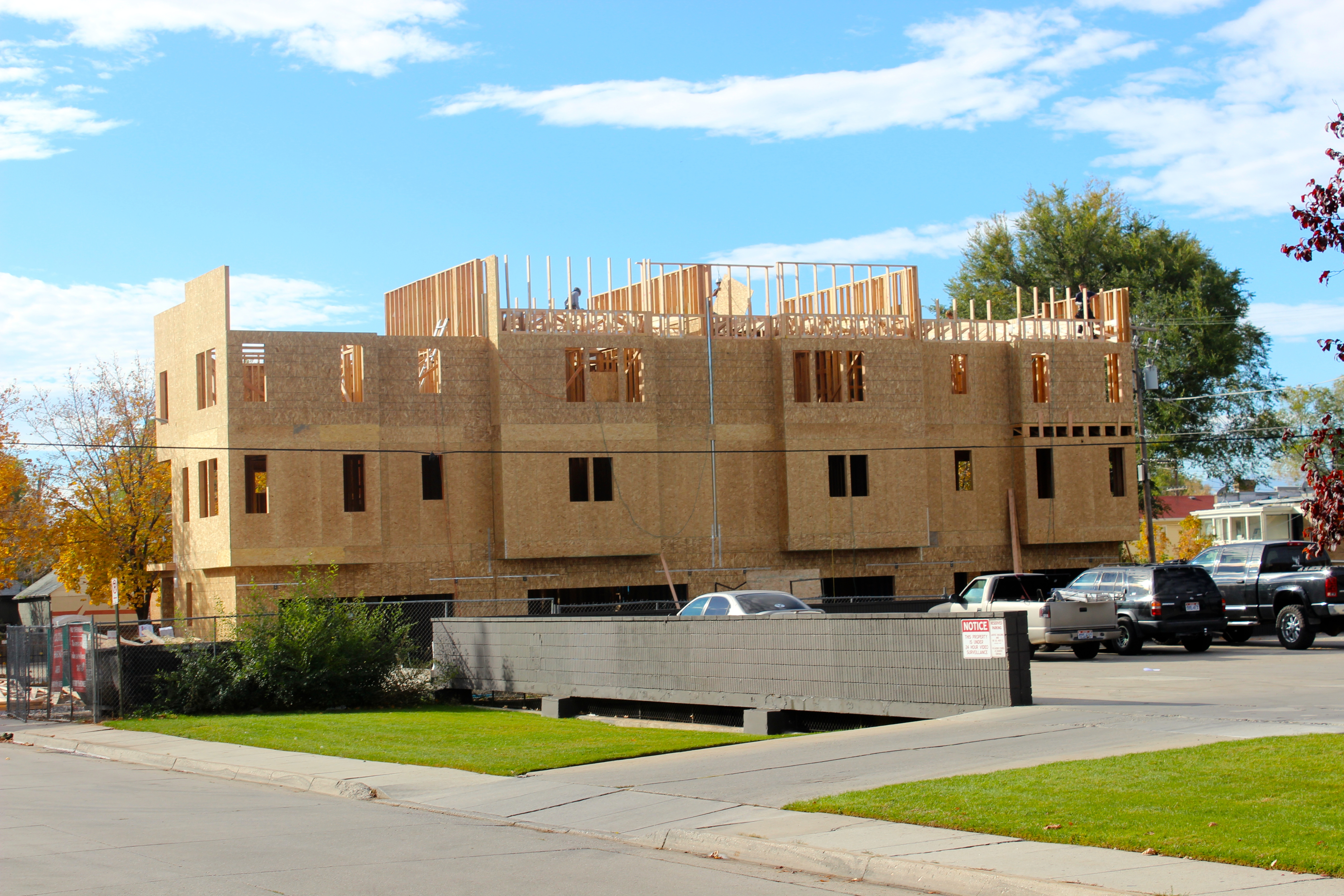 Salt Lake City leaders are trying to make the city more pedestrian friendly.  In downtown, Salt Lake City’s large blocks are being broken up with mid-block connections and recent developments show that more planning is happening with the pedestrian in mind.

A walkable downtown is important and mid-block connections are one tool to make navigating the city on foot safer and more enjoyable. But there are opportunities for active mid-block connections outside of the city core.  Denver street, a mid-block street that runs between 400 and 500 East, could be the “Regent Street” for the Central City neighborhood.

The neighborhood is rapidly developing.  There are multiple large developments and smaller infill projects that are either under construction or in the planning process.  The bulk of these projects are in a two block radius of the intersection of 400 South and 400 East, with the greatest concentration of development happening on Denver Street.

The Encore Apartments and Seasons at Denver Street both converge at the intersection of Denver Street and 400 South.  The developments are large at seven and six stories tall and will add just under 300 residential units to the area.

A block to the south, at 540 South Denver Street, a smaller project is underway that should help further activate Denver Street.

Ivory Homes is constructing the Trolley Condominiums, eight town-home style condos on the west side of Denver Street halfway between 500 and 600 South.  The condos are three-stories tall with a garage on the first floor.  The first four condos are nearly framed out while foundation has been poured for the next four.

The condos are taller than what is usual for single-family attached homes in the area and bring added density to a street that is mostly detached single-family homes and surface parking.

Denver street runs continuously from 300 South to 600 South, where it meets Richmond Park.  It is the only mid-block street in the area that extends more than one block.

Infill projects like the Trolly Square Condos can help extend the energy around 400 South and Denver Street down to 600 South, connecting Richmond Park to the emerging residential and retail clusters on Denver at 400 and 300 South.

There is ample opportunity for more infill between 400 and 600 South on Denver Street.  Both blocks contain ample surface parking that front Denver and when developed, could make this section of Denver Street one of the most walkable and vibrant in the city.