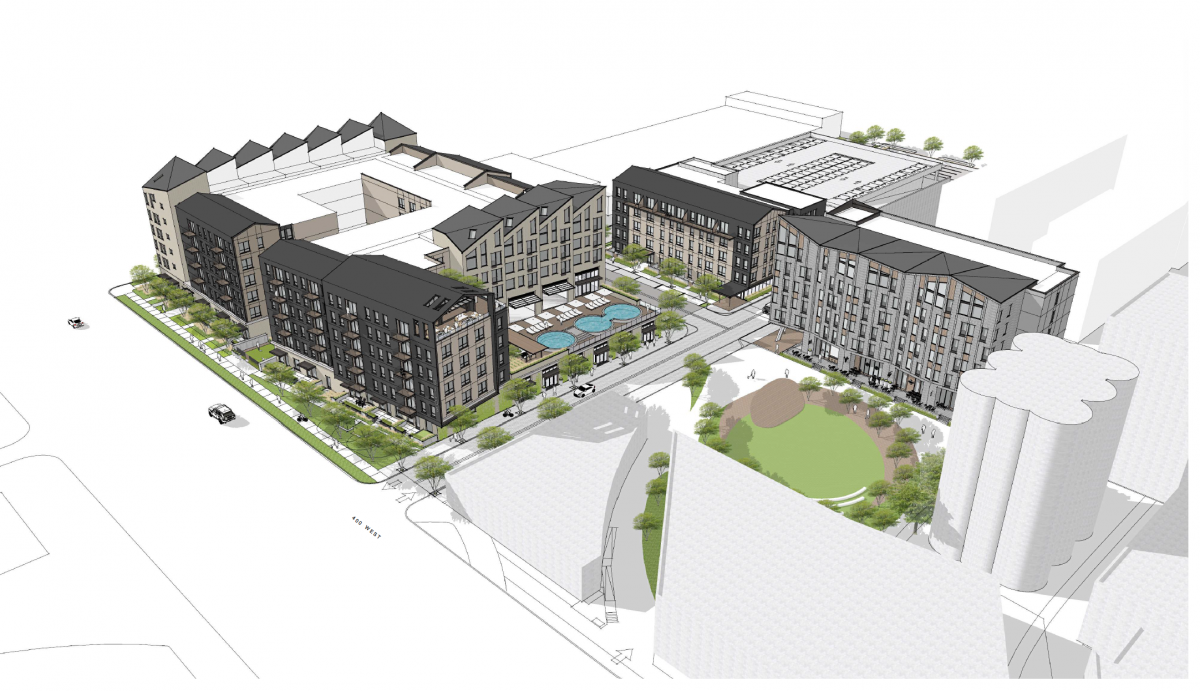 The developers behind the Post District expanding their footprint to the west have released new details for a proposal called the Silos.

The new area would include a mix of housing and retail in an area that’s not quite Downtown, not quite the Granary and yet significant enough to have an impact on the city.

“Silo Park will be a best-in-class mixed-use urban neighborhood with walkable streets connecting office, retail and housing in a complete neighborhood all centered on a central park,” the developers wrote.

Silo Park is being proposed by BCG Holdings, Lowe Property Group and Catalyst. BCG and Lowe are both well underway with the cluster of development between 300 West and 400 West, 500 South and 600 South known as the Post District.

The next stage, between 400 West and 500 West, would continue to fill in a long overlooked gap in the city’s urban fabric.

Its name is a tribute to the park that’s proposed for the middle of the development, a rare set-aside in a private project.

The developers submitted a design review proposal for 318 residential units and 7,000 square feet of retail in a mix of long-term rentals, corporate housing and hospitality suites.

On the north end of the block, developers will build “an adaptive reuse office and retail building, an affordable housing development, a central park area and various retail spaces,” they said. “The southern half of the block will house an innovative Class-A apartment development along with the primary parking structure for the overall block.”

The project is named for the grain silos on the area’s north end, near 500 South, which will be preserved as part of the project.

Like the Post District, the Silos remains distinct from the rest of the city in part due to the surrounding road configuration. The project is surrounded by state-owned roads leading onto and off of Interstate 15.

Like many roads owned and operated by the Utah Department of Transportation, 500 South, 600 South and 300 West cater to suburban car commuters rather than the surrounding community.