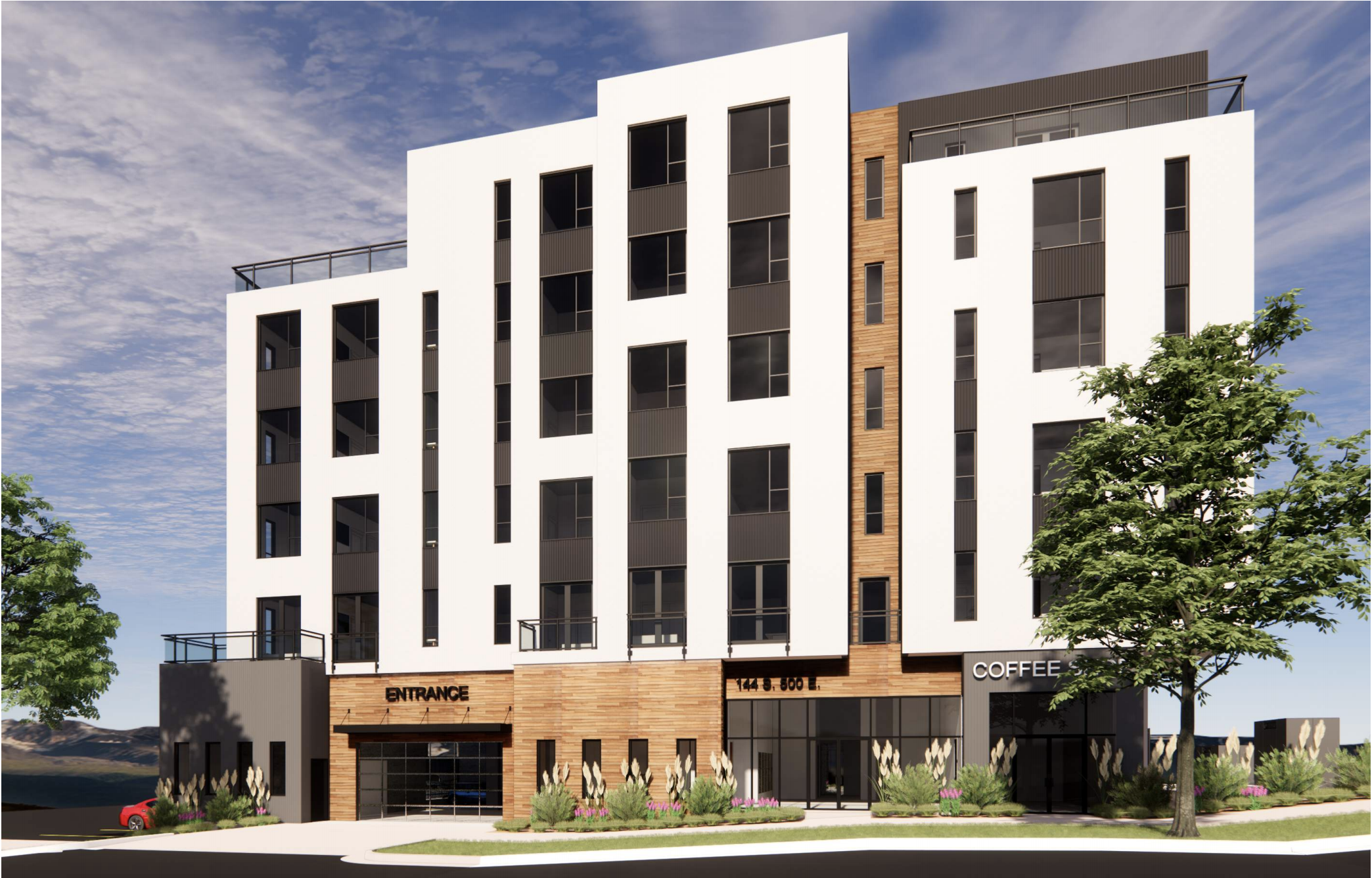 The Downtown periphery would see the addition of another 110 spaces for people to live with a six-story building proposed for 500 East in Central City.

The project would continue the ongoing addition of mid- and high-density infill in the Downtown area.

It will also have copious parking at a time when the city is gearing up to revisit and generally lower its minimum parking requirements for a small section of the city.

“The project will include a 420 square-foot cafe (or other retail) which is integrated into the entry lobby, a 1,600 square feet co-working business center, plus an abundance of amenity spaces including a club house, exercise facility, pet wash, secure bike parking and large outdoor deck,” the developers wrote. “There will be 53 studio units and 57 one-bedroom units.”

The developer said that copious parking in a mixed-use zone near Downtown is actually required by the U.S. Department of Housing and Urban Development for funding the project.

“The building will consist of five floors of wood frame construction over a 3-level concrete parking structure with 117 parking spaces available for tenants,” they wrote. “The Department of Housing and Urban Development is requiring at least one-to-one parking for each apartment in order to obtain its funding.”

While the project narrative says 117 spaces will be provided, the project parking table shows space for 143 total off-street stalls for 110 housing units.

“At least 20% of the units (22 total) will be set aside for renters at 50% of the area median income,” Corroon wrote in documents submitted with the city to start the Planned Development process.