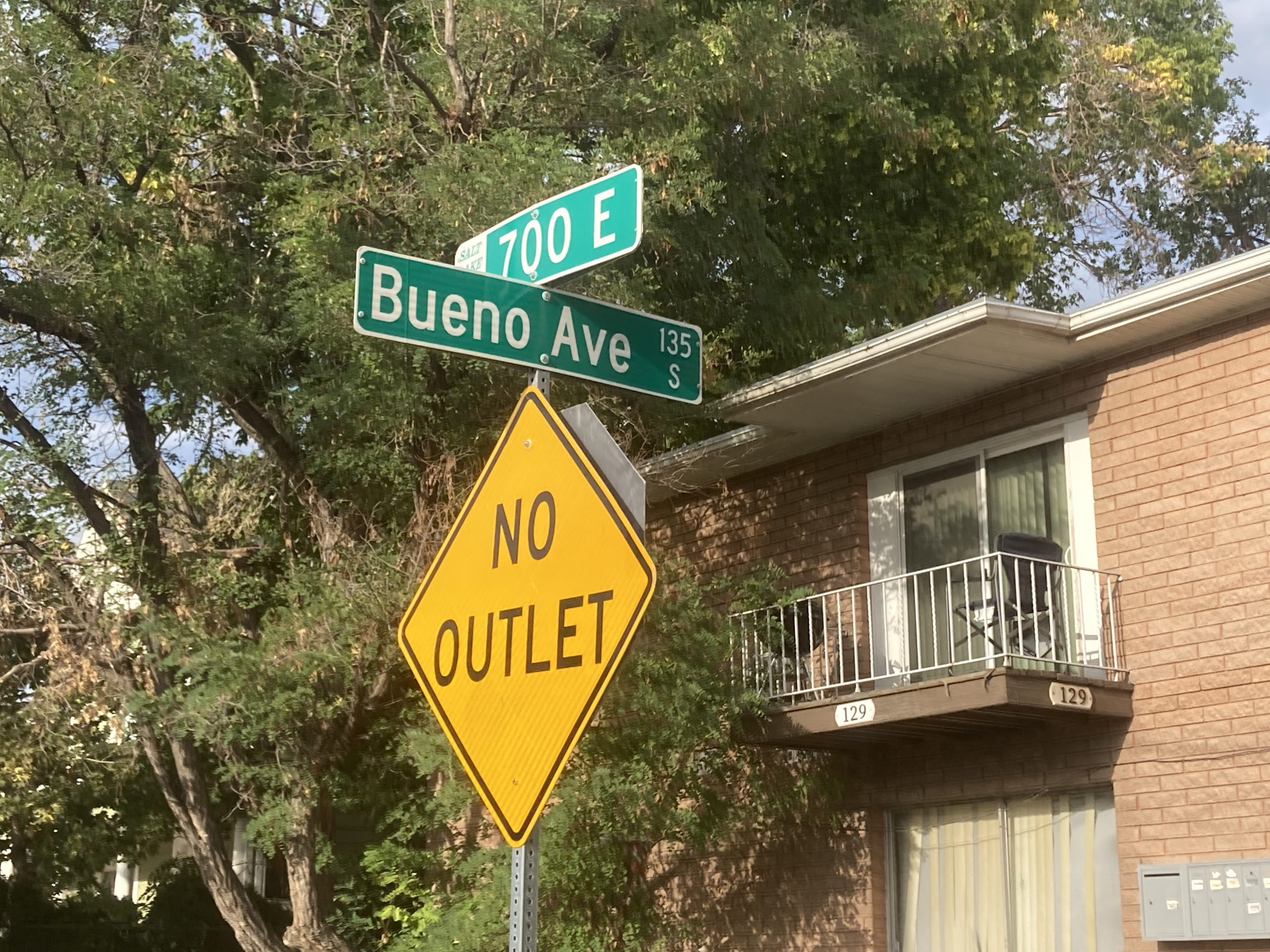 The prospective developers of a prime 1.55 acre site between Downtown and the University of Utah at 129 S 700 East got Planning Commission sign-off for a zoning and master plan change for their shared-housing project in June.

In their return to the Commission last week, the vote flipped on the developers, and the innovative market-rate co-housing project called Bueno Ave Apartments will proceed to the city council with a negative recommendation.

The developers are hoping to bring a new rental product to the city – market-rate “attainable” co-housing units.

Renters would enjoy 200 sf of private bedroom and bathroom space. They also have access to a shared kitchen, laundry room, and living room. Units will vary from 1 to 4-bdrms.

According to Kevin Perry from AltaTerra Real Estate, representing the property owners, the project will offer rooms at 40% lower than the going rate for the average new apartment in Salt Lake City – cited at $1449.

That means that a room at Bueno Ave would cost $869 a month, a figure confirmed by the applicant.

There are seven houses along Bueno Avenue that would be demolished for the apartment project. Perry told the Commission that they are “homes built to the lowest architectural standards of their time” that have “serious structural problems, failed utilities, and foundations.”

It’s likely that all are contributing structures to the Bryant National Historic District. Tear-downs include a small multi-family apartment complex, below.

Houses along Bueno Ave, all to be demolished under the proposal currently making its way through the city. Photos by Luke Garrott.

In his presentation to the Planning Commission, Perry emphasized the proposal’s congruence with city plans.

That includes the city’s Housing Plan, the Downtown master plan, as well as its “Building Affordable” Residential Housing Guide. In addition, the Administration is still working on its Affordable Housing Overlay before transmitting it to the City Council.

The Affordable Housing Guide says the city is seeking “a spectrum of attainable housing that is privately driven.” Perry quoted it while describing the Bueno Ave project: “Disruptive housing models in design, construction, and finance are breaking the long-held standard that affordable housing can only be built with government subsidies – which are few and subject to political whims and budget cuts.”

Perry challenged the Commission with likely scenarios if the zoning and master plan aren’t changed. Does the city want townhome development with $1 million price tags?

The properties on Bueno Avenue, a private with public easement center-court street, are zoned Special Development Pattern Residential SR-3. Designed specifically for housing in the interior of blocks, SR-3 doesn’t allow boarding houses or buildings over 28’ for a pitched roof and 20’ if flat.

The Central Community Master Plan calls for medium-density development on Bueno, at 15-30 units per acre. The developer’s proposal to the city looks to change the SR-3 zoning to RMF-45, which would allow the project’s density at 67 units on 1.55 acres (45 units per acre).

The master plan, from 2004, calls for the preservation of inner-block center-court streets and the lower scale development they offer compared to the surrounding block faces. The block surrounding Bueno is zoned mostly RMF-45, with a section of RMF-35.

The conditional use and planned development requests are unlikely to go forward unless the city council sees the petition differently and votes in favor of the master plan and zoning changes.

On June 23, following a positive recommendation from Planning staff, presentation by the developer, and a public hearing, the Commission forwarded a thumbs-up on the master plan and zoning changes to the city council by a 4-2 margin. There were seven members of the Commission present.

But a Housing Loss Mitigation report was not included in Commission’s materials, which is required for zoning change petitions according to section 18.97 of city code. Thus the Commission was required to recall their vote.

At the do-over Planning Commission hearing last week, conditions were such that after re-presentation by Planning Staff, the developer’s comments, and a long public hearing, the Commission’s vote was 2-2. The tie was broken by the Chair, Brenda Scheer, who was the only Commissioner to explain their vote.

After trying to stimulate discussion among a silent Commission before the vote, Scheer offered, “I am not in favor of this project. If it were an affordable project there might be a reason to upzone the middle of the block. [But] I believe this is not a good fit for a zoning change. I acknowledge that there may not be a way to save those seven houses, but I would much rather see a lower scale of development like townhouses.”

Acknowledging the importance of the urban design offered by inner-block center-court streets emphasized in the master plan, Scheer noted “I would be very sad to lose the opportunity that is currently afforded by these smaller streets within the blocks.”

Her vote sent a 3-2 negative recommendation to the City Council.