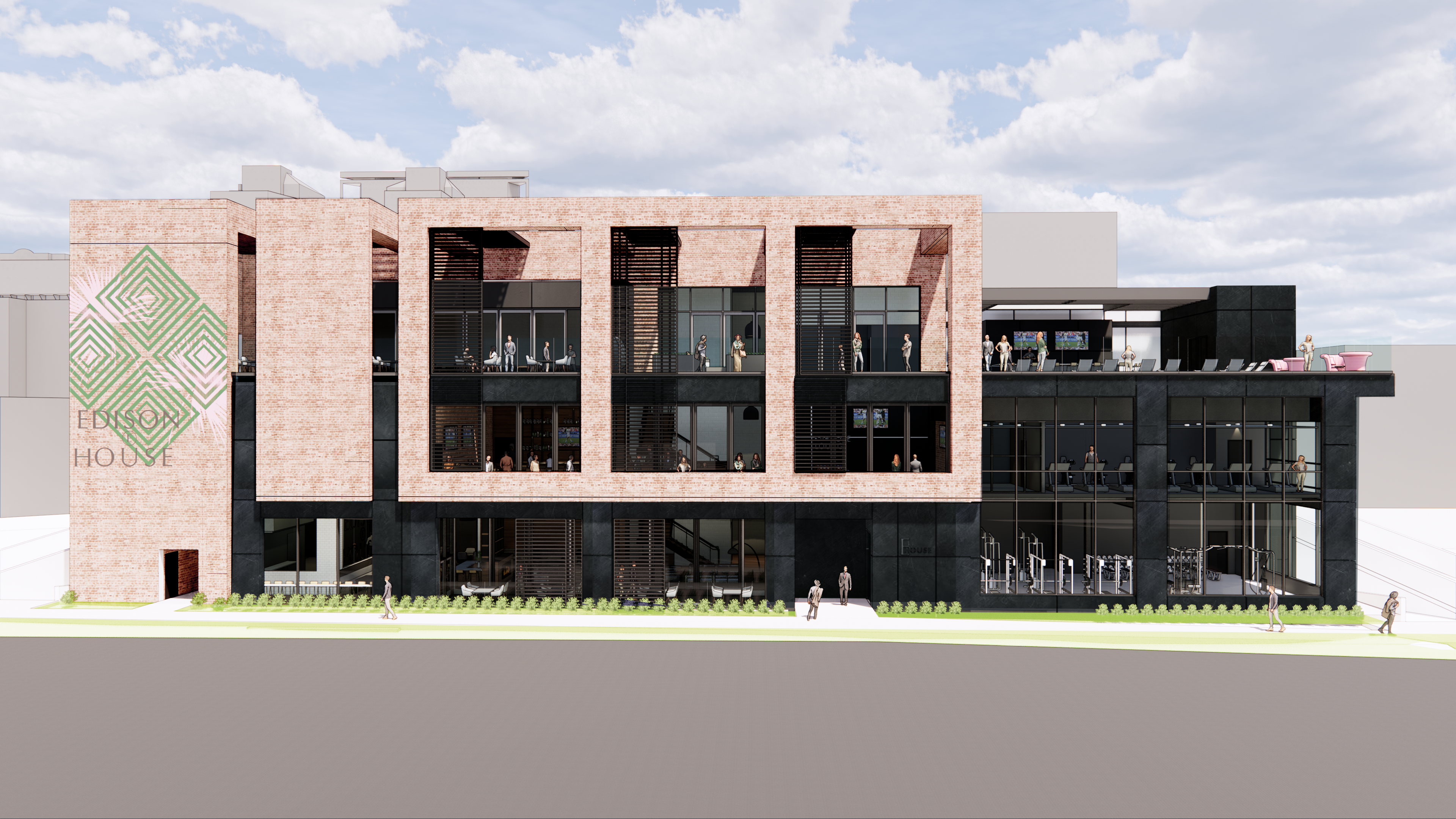 But instead of catering to a membership of the wealthy, the Edison House is being marketed as a “home away from home” for younger residents and working professionals that are flocking into the capital city’s Downtown.

While it may seem to be a daunting concept to open a social club at a time when the safest thing to do is avoid each other, the developers say they’ve secured financing and city approval and are prepared to break ground this fall at 335 S. 200 W. a block east of Pioneer Park. The clubhouse would open within a year of groundbreaking.

“Edison House is a social club reinvented to meet the needs of young professionals,” the developers wrote of the project. “Our goal is to build a diverse community of individuals and provide them with a social experience unlike anything found in Salt Lake City.”

Indeed, it will be a unique combination of amenities at the Edison House, which will be an asset for the residents (who are 21 and older) moving back into in the city’s urban core.

With a restaurant, workout and exercise rooms, concert/performance hall, rooftop pool, sports bar and terrace, the club would combine several exclusive activities under one roof of the 30,000-square-foot building. The project will replace a strip of grass.

The project’s stated goal is to make it easier to meet people in Salt Lake City, which has a reputation among newcomers as being somewhat cliquey.

The Wasatch Front has experienced rapid in-migration thanks to a strong economy over much of the past decade. Representatives from the Edison House say their new club will help bring those newcomers — as well as long-time residents — together.

“Our research shows that young transplants into the Salt Lake Valley find it challenging to meet new friends in part because the city’s social and cultural infrastructure has grown at a slower pace than the city’s growth,” the developers wrote. “Our goal is to create a beautiful venue in the heart of downtown to establish social ties between native Salt Lakers and new city transplants.”

The Edison House website says memberships would begin at $175 a month plus a $500 onboarding fee. Prices are slightly lower for anyone under 27 years old, at $125 per month after a $250 onboarding fee.

Renderings show the terrace pool and rooftop bars, ground-floor restaurant and other amenities all fronting 200 West just north of 400 South. It will be a 52-foot building between two parking ramps for an apartment building to the east.

The project is fully funded and ready to build, so while the state and nation remain in the throes of the COVID-19 pandemic the Edison House is set for opening late summer or early fall 2021.