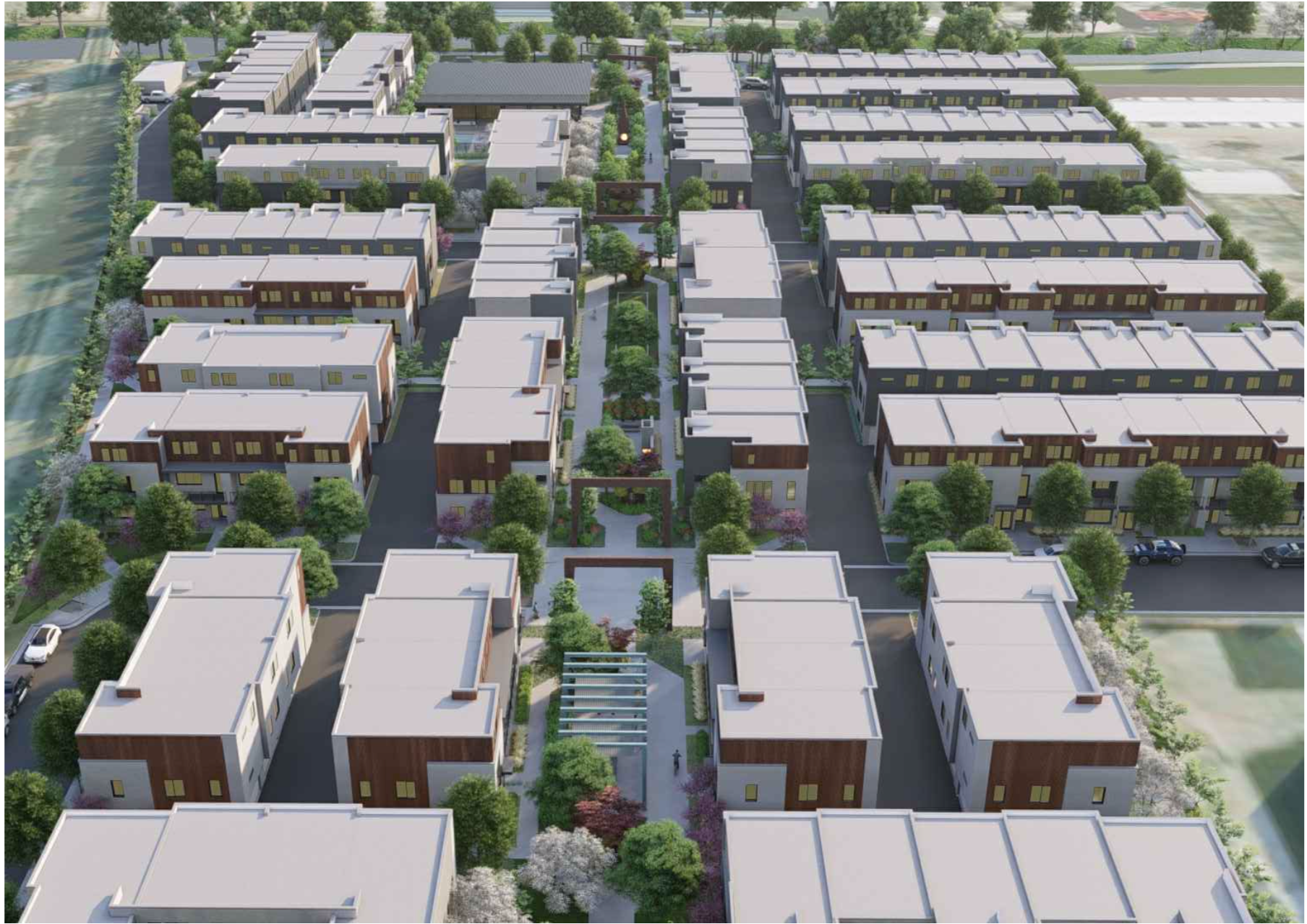 CW Urban is planning another residential development among its rapid build-out of mid-density townhomes in Salt Lake City.

This one, called The Yard, would exist on the largest footprint and the farthest west of the Centerville-based developer’s projects in the city.

This time, the project would be a rental project, rather than the hundreds of for-sale units built and sold by CW Urban in the past three years. While The Yard would include 170 units, it would sit on about 12 acres of a currently industrial site at 1230 West 200 South along the Jordan River, representing just under 19 units per acre.

“The development will boast an incredible amount of public open space and outdoor amenity areas as well as community gardens, showers for cyclists, a gym, leasing offices, and an exterior pool and spa.”

Because of its proximity two blocks south of the Fairpark TRAX station, The Yard is a transit-oriented development. The property would be connected to the station by the Jordan River Trail.

The surrounding area is overwhelmingly industrial and immediately north of I-80 in Poplar Grove, but CW Urban says it plans to improve the area.

“CW is working with adjacent landowners to relandscape (sic) the riverfront and build a trail seamlessly linking all adjacent properties to the Jordan River Trail,” according to the developer, which is a sponsor of Building Salt Lake. “The public amenities celebrate the industrial heritage of the area, turning the surrounding gritty context into an asset and creating a unique sense of place.”

“In an area of Salt Lake that has felt abandoned and overrun with homeless camps, increasing the number of eyes on the streets and activating the river’s edge will help make the Jordan River Trail a safer and more accessible environment for all,” CW wrote. “We are hoping our project will be a catalyst to encourage future developments to tie in and continue healthy, smart growth throughout the developing neighborhoods on the West Side.”