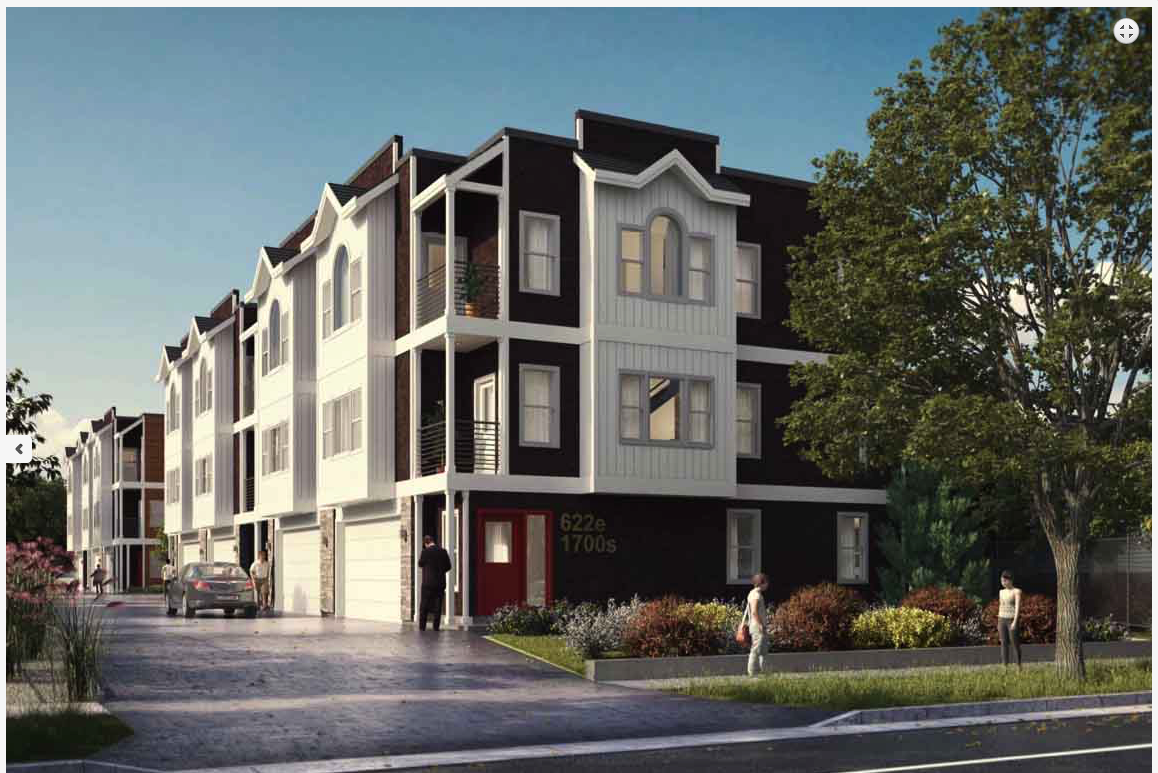 Although the Wasatch Front’s booming economy is attracting workers from across and outside the state, home builders haven’t been able to keep up with demand creating a seller’s market with more demand than there is supply.

In addition, since the Great Recession banks have been reluctant to finance condominium projects, so for developers looking to build higher density residential project are turning to multifamily rentals.

“People who want to be in the city, I don’t think they are requiring detached single family homes,” said Atkin.  “We are trying to fill (the housing gap) in with some much needed for-sale product.

The missing middle refers to housing, like townhomes and duplexes, that bridges the gap between single family detached homes and mid-rise multifamily buildings.

Although Salt Lake City’s current construction boom has been dominated by four to eight story multifamily projects, there have been several large townhomes projects either recently completed or in development.  But the majority of those projects have been rentals, like the Sego 28, Prana townhomes, Liberty Place and two townhome projects under construction in the Central Ninth neighborhood.

“By going with townhomes it allows us to do more affordable units because we can do the additional density on a typically single-family lot,” said Atkin.

TAG SLC has two townhome projects actively under construction, TAG 800 and TAG 1700.  Those two projects, on 800 East near 100 South and the 600 East of 1700 South respectively, will add a combined 11 for-sale homes to the market.

The TAG 800 project is framed up to the first floor and will consist of three, three-story townhomes.  Each townhome will have a two-car garage and flex room on the ground floor, living space on the second and three bedrooms on the third floor.  Each home will also include balconies on both the second and third floors.

The TAG 1700 project will consist of eight three-story townhomes, each at about 2200 square feet per unit.   Each home will have four bedrooms, three and one-half baths and a two-car garage.  After starting construction, the project was held up for several months due to a property line dispute with a neighbor.  According to Atkin, the property dispute has been resolved and construction has resumed.

In addition to the two projects under construction, TAG SLC plans to start construction later this year on two townhome projects in the Marmalade and Liberty Wells neighborhoods.