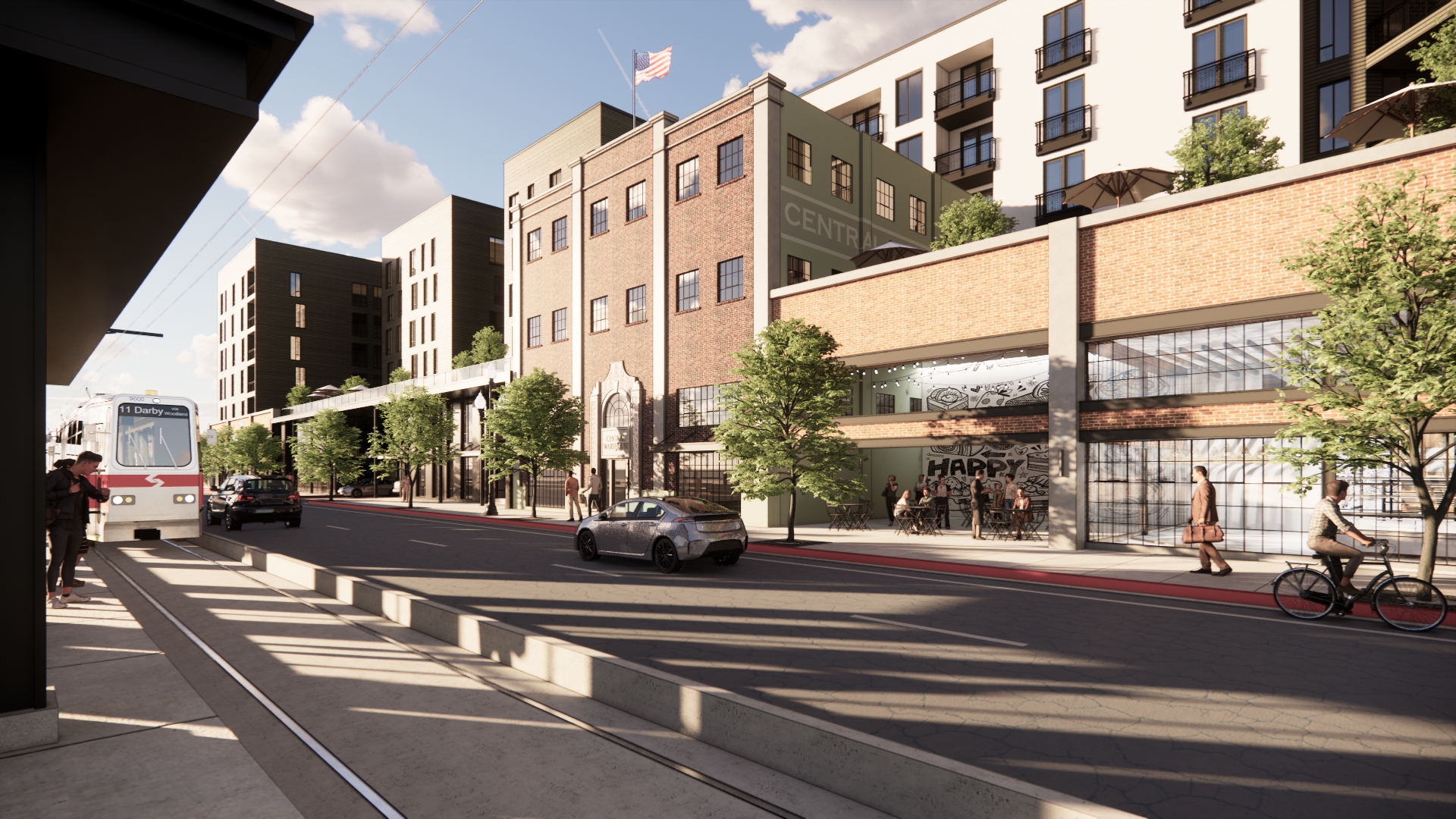 Affordable housing construction across the street. Micro-apartments coming on the corner. New senior housing neighbor on the block about to get its ribbon cut. Gateway Mall mixed-use just steps away.

The stage is set in the Depot District for the CINQ, dbUrban and Dwell Design Studio’s seven-story, 203 unit market-rate project at 530 West 200 South. If approved in design review at the city, it will make a major statement on a key block in the Depot District, Salt Lake City’s Old Greektown.

Its two buildings (plus the warehouse) will take up half the block between 500 and 600 West, and incorporate the historically-registered 1929 Central Warehouse.

At the project’s western boundary, the one-story Citizen Investment Building, which has most recently hosted a nightclub and a restaurant, will be demolished.

“The rhythm of the column spacing and the window pattern” have been designed into the new building to reproduce the pedestrian scale, Dustin Holt of dbUrban told Building Salt Lake.

The developers expressed that “it was paramount to not only embrace the existing Central Warehouse building, but to highlight it through the rest of the project orientation and design.” Indeed, the new buildings adjacent to the warehouse are set back from the sidewalk to amplify the presence of the historic structure.

About a third of the old warehouse’s rear will be lost, however, to accommodate the project’s 2-story parking garage which runs horizontally on the north side of the development. Its 125 stalls will park the project at a .6 : 1 ratio.

Central Warehouse has a 5600 sf footprint, and developers say 3300 sf of it will be preserved on each of the four floors. The building will be “maintained and renovated to encompass project amenity space as well as industrial / loft residential units,” Holt of dbUrban explained.

Holt marveled at the warehouse’s construction technology – “board form” concrete walls, columns, and floors with occasional brick infill openings – that Dwell Design proposes to expose in all their industrial glory.