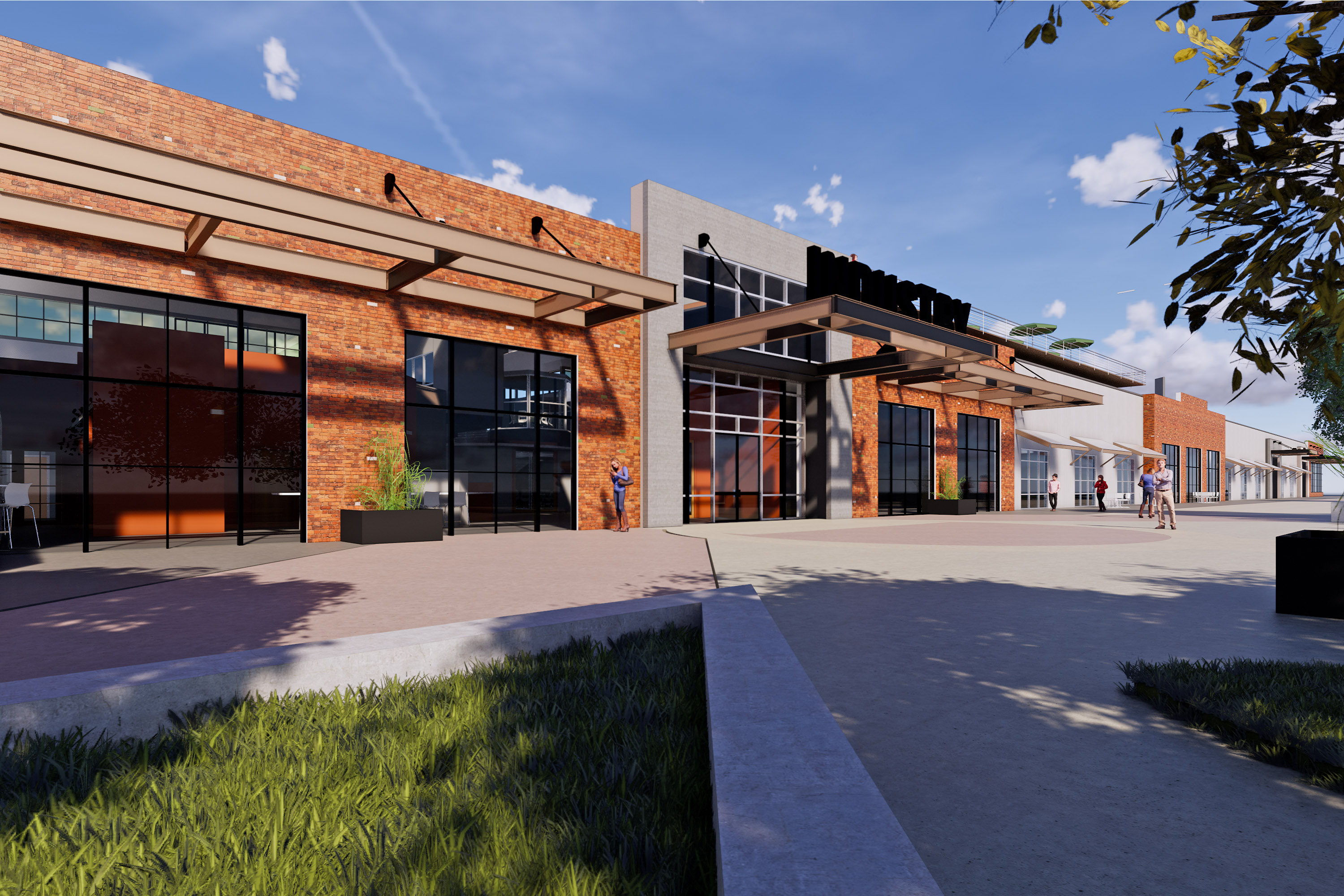 Significant changes are coming to the Granary District, in addition to a neighborhood-wide mural project set underway, the neighborhood is becoming a destination for microbreweries and creative coworking.

On Wednesday, city officials announced the neighborhood’s newest future tenant,  the co-working and co-living company, INDUSTRY.  The Denver-based company plans to open a coworking and collaborative multifamily development at the site of the former Gateway Plaza at 537 West 600 South.  The company will kick off the start of adaptive reuse development on October 3, with live music and food trucks.

The company was initially established in the River North (or RiNo) Art District of Denver, Colorado with a focus on an adaptive reuse development foundation to create work and living space for city dwellers. INDUSTRY operates two locations in Denver with a combined 300,000 square feet of workspace, curated restaurants and living options.

The Granary space will occupy 8.3 acres, replacing an industrial warehouse space that was once an old silver foundry at the 500 West block of 600 South and 500 West (the north side of the Granary District). The first phase is expected to open in late summer or early fall 2019 and will include more than 150,000- square-feet of modern office space and shared tenant amenities that will include conference rooms, kitchens, event space and roof decks.

The adaptive reuse will feature two-story ceilings, an abundance of natural light, raw steel framework, and Teknion modular glass wall systems that INDUSTRY officials state will serve as a platform for innovation.

The proposed second phase will include a 30,000 square foot climbing gym, an assortment of restaurants and new multi-family housing options.

“The Granary District has seen incredible momentum and business transformation over the last year,” said Lara Fritts, Salt Lake City’s Economic Development Director in a statement.   “Now, with a company like INDUSTRY bringing their unique brand and offerings, I am confident this will be the catalyst to cement the neighborhood as a vibrant area for arts, entertainment and business.”

According to INDUSTRY co-founders Jason and Ellen Winkler, the expansion to Salt Lake was a part of the company’s natural progression seeing the city’s transition, strong economic viability and the lifestyle aspects of desert and mountain living as a perfect fit for the company.  For their Granary location, INDUSTRY partnered with Salt Lake City native Brandon Blaser and Drake Real Estate Partners, a real estate investment firm based in New York.

“Drake is thrilled to partner with the team at INDUSTRY SLC and take part in enhancing and revitalizing this growing neighborhood within Salt Lake City,” said David Cotterman, Drake’s co-founder and managing partner in a statement.

The Granary District, bounded by 600 South to 900 South freeway onramp and 300 West to Interstate 15, was once the main site of flour production for the Salt Lake Valley.  The neighborhood’s proximity to downtown and abundance of large warehouses has attracted entrepreneurs, artists and craftsmen that see the warehouses as blank slates for their businesses and creative enterprises.