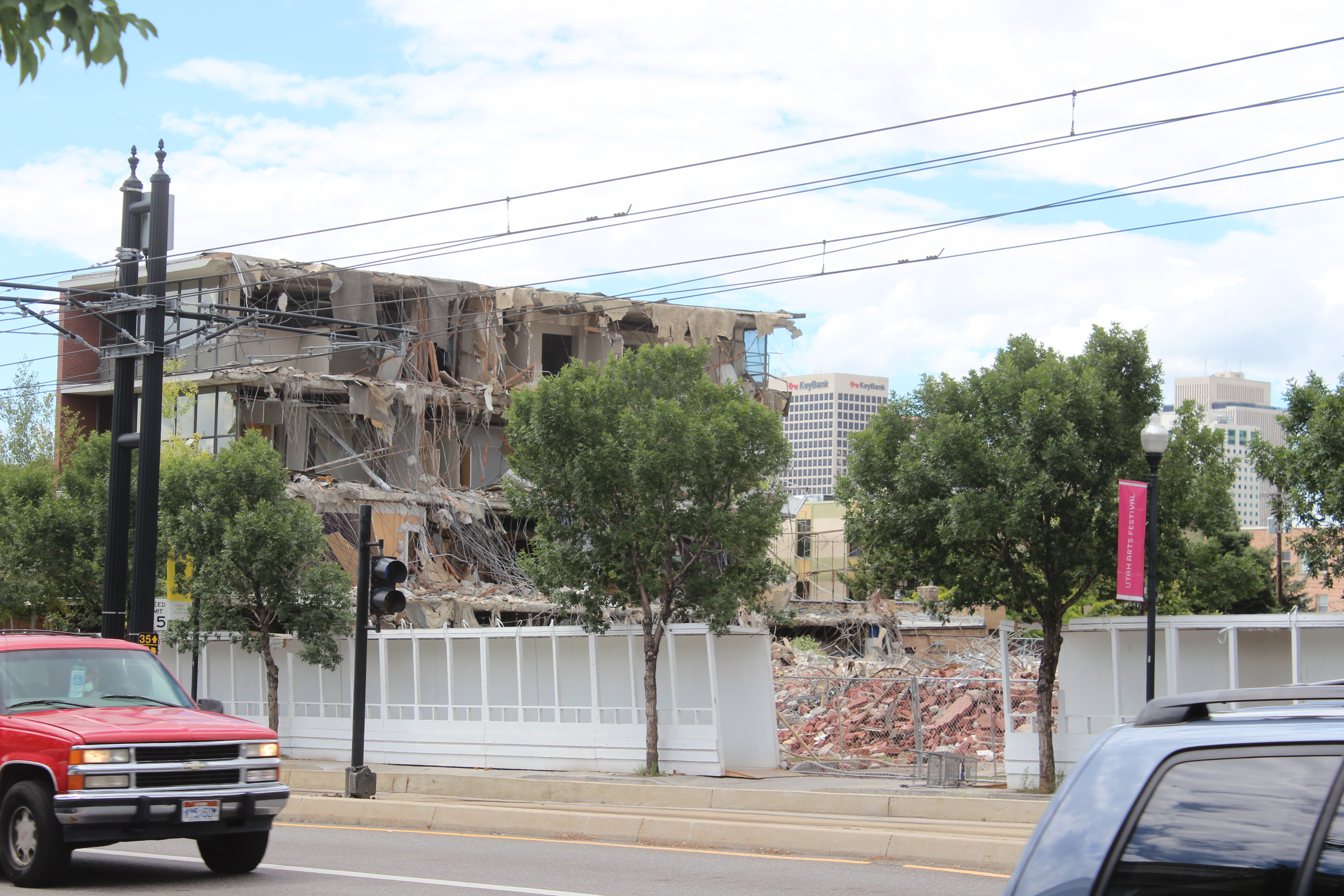 Demolition has begun to make way for construction of the Encore Apartments, a proposed 189 unit residential building.  The project is still in the planning stages with tentative renderings showing a 7 story building with 5 floors of residential above 2 floors of parking.  Demolition for the current structures was approved earlier this year.

According to the building permits, Beecher Walker and Associates will serve as developer and architect for the project.  The development will take up half the block along 400 South and between the north side of Denver Street and 500 East.  The popular tobacco store, Knuckleheads and the Executive Building, a four story office building, are both being demolished.  A long vacant building at the corner of 500 East and 400 South has also been cleared to prepare the site for construction.

It is not clear if the project will include commercial on the ground floor.  Beecher Walker has proposed another project a block away from the Encore, a 122 unit 5 story residential building with ground floor retail called 4th and 4th.  The 4th and 4th location is planned for the former Sizzler site at 400 South and 400 East.  Since Sizzler has already vacated, it is unclear why the developers are moving more quickly with the Encore project before construction begins at the 400 East site.

It will be disappointing if Beecher Walker doesn’t include retail at least along 400 South and 500 East.  This project has the opportunity to create more street engagement for residents, as many restaurants, cafes, retail and transit are within walking distance.

This site is a great opportunity to create a great mixed-use project in a highly desirable part of the city.  As updated renderings become available, lets hope that ground floor retail is included and parking is accessed along Denver Street and not the more pedestrian utilized 500 East or 400 South.  Based on the 4th and 4th renderings, Beecher Walker has shown that they are open to ground floor retail, hopefully they will realize the need for retail at Encore before construction officially starts.