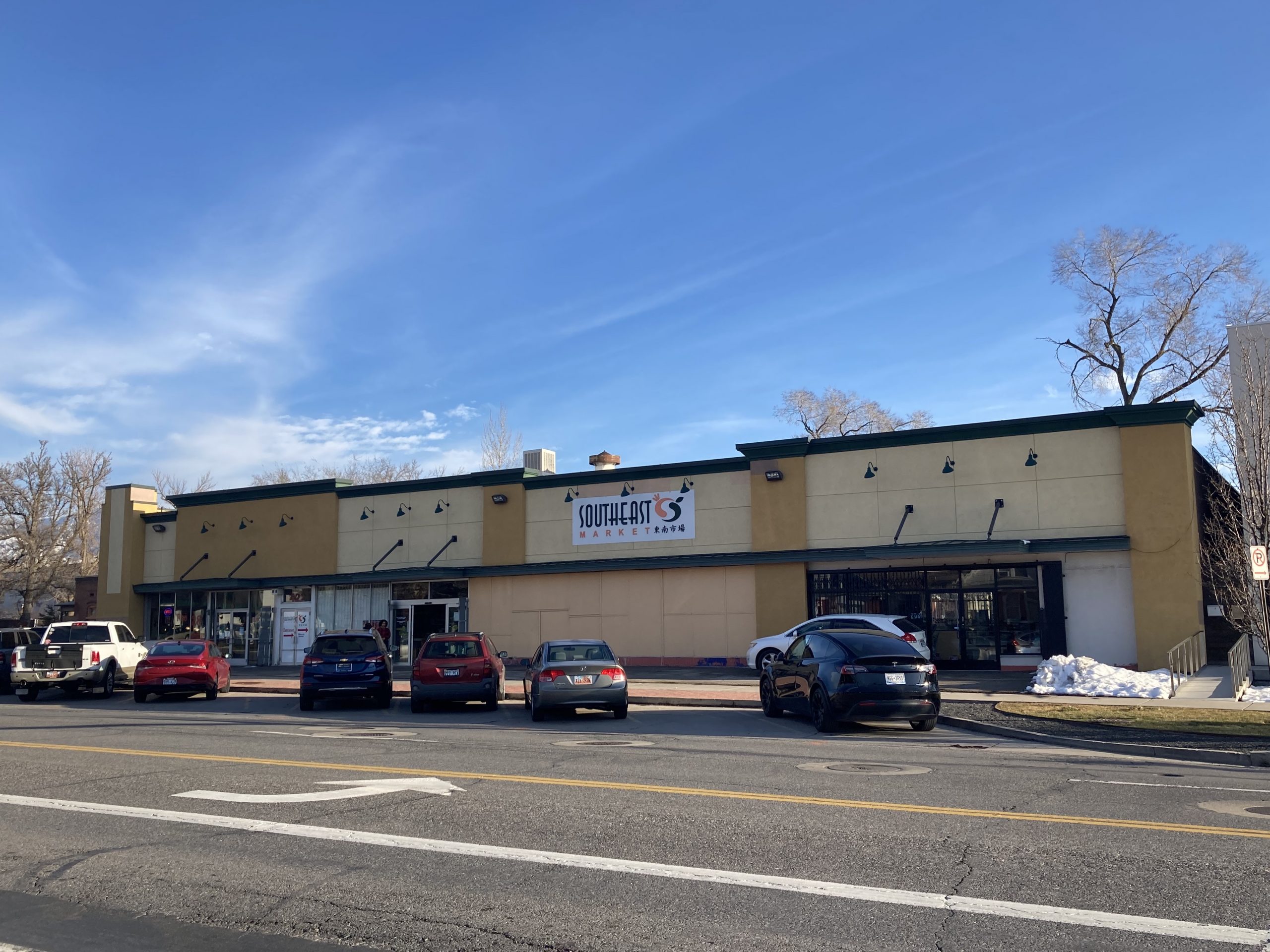 When we shared the news that the Southeast Market would close its doors after more than two decades at its location just west of Liberty Park, Salt Lakers were quick to predict what would soon follow.

“Most likely another blocky apartment building,” wrote another. “Makes me furious.”

It’s not surprising that anyone paying attention to changes in the capital city would assume the building would be razed and replaced by a five-over-one, wood-framed apartment building. Our housing construction boom continues, with much of it dominated by similar, single-use residential buildings or luxury high-rises Downtown.

But we caught up with the building’s owner to hear details about what’s next for the building at 416 E. 900 S. in Liberty Wells.

The short of it: The building will likely be saved, barring some unforeseen surprises during some immediate asbestos and structural remediation that will be done after the market closes later this month.

Pho 28, the Vietnamese restaurant east of Southeast Market, is open and will remain open during that work. Eight new residences will be added above ground-floor retail, which will likely impact Pho 28 at some point in the next two years.

“Our plans all along remain to salvage what we can, our plan is to rehabilitate,” said the building’s owner, Kathia Dang. “We’re not applying for any height variance.”

Background on the Southeast Market building

The property on which the market and restaurant stand had been in two separate zoning types (known as a split-zone) until Dang successfully carried a rezone through the City Council over opposition from a handful of immediate neighbors and general support from others.

The property is now entirely Community Business (CB), which seeks to allow commercial or mixed-use buildings that are near the same scale as the single-family districts nearby. (Much of the 9th & 9th business district has this zoning.)

Dang says her plan has always been to salvage and rehabilitate what is a unique and historic building, which has bow-trussed ceilings that have been covered up over the decades.

“We’ve had an abundance of offers to buy the building with a large profit for us. But that’s not our intention,” Dang said. “We don’t want the building to be torn down. We really want to save the primary structure.”

The reaction of some Salt Lakers oscillated between an assumption that the building would be razed and replaced by high-end apartments to the city somehow willingly displacing ethnically owned businesses.

Dang, whose rezone passed in October 2020, said she worked with Pho 28 and the Southeast Market to keep them in the building through the difficulties of COVID, including discounting and forgiving rent for the Vietnamese restaurant.

When inspecting the inner workings of the building, Dang said she discovered not just neglect but also unique architectural features that she’s hoping to keep.

“We saw the lovely bow truss ceiling that was intact but unseen from the Asian market,” Dang said. “They don’t build buildings like this anymore…We would love to be able to preserve the central location of this building.”

More on the plans

On either side of the market, two buildings were added over the years. They housed a bakery that was run by the owners of the Southeast Market and continue to house Pho 28.

Dang intends to add eight total units above those two buildings, which will also be rehabilitated. A perk of CB zoning, the units would allow tenants to also operate a business from their home.

“We’re hoping to just build on top of those two spaces and add eight live-work spaces,” Dang said. “We’re hoping to incorporate what we call compact living. Just a little above 500 square feet. So we’ll be able to add eight of those.”

Dang said that would allow, say, a young architect or an artist looking to save money by living and working from home.

She said she prioritizes infill development above suburban-style expansion.

“People are constantly looking at building outward,” Dang said. “The infrastructure within an urban development is already in place. If we can come back into developing buildings that are already in place, we can do such great things like incorporate eight, small, livable, workable, smart spaces for people to live.”

While she said it was too soon to provide plans or name future tenants once the building is rehabbed — which she said will take about two years — Dang described a community hub focused on retail.

“Think about it. The reason 9-Line is being built is we want a walkable, bikeable space,” Dang said of the multi-use trail that is under construction. “Can you imagine if there were more buildings like the O.P. Skaggs building where people can just walk downstairs and go shopping?”

Whatever lands in the future retail space will most likely be a local business. How do we know that?

“I refuse to rent to big corporations,” Dang told us.

“We’re named Harvey Milk Boulevard for a reason,” she said of 900 South. “We need to build one neighborhood at a time, which starts with each neighborhood node.”

What happens with Pho 28?

Dang said she planned to keep Pho 28 open and operating in the adjacent building for the time being.

“I don’t want people to assume the Pho place isn’t going to survive. I want his business to thrive. He is staying,” she said. “And we hope to have him stay. Whatever we do we hope to work around him for as long as possible.”

That will likely change at some point in the next two years as the process of remediating and adding the live-work units gets underway.

“Obviously when we get into the thick of it we have to relocate it somehow,” Dang said.

What about Grace Court?

Immediately south of the market building is a small street with single-family homes that are on 0.03-acre lots.

Opponents who fought the rezone said redevelopment would cause congestion on what are essentially alleyways that function as tiny neighborhood streets.

The street curves west near its terminus, but the parking lot for the Southeast Market building also has an entry to the east.

Dang said she plans to decrease the size of the Asian market building by about 1,700 square feet to open up space for loading in the rear of the building, avoiding Grace Court.