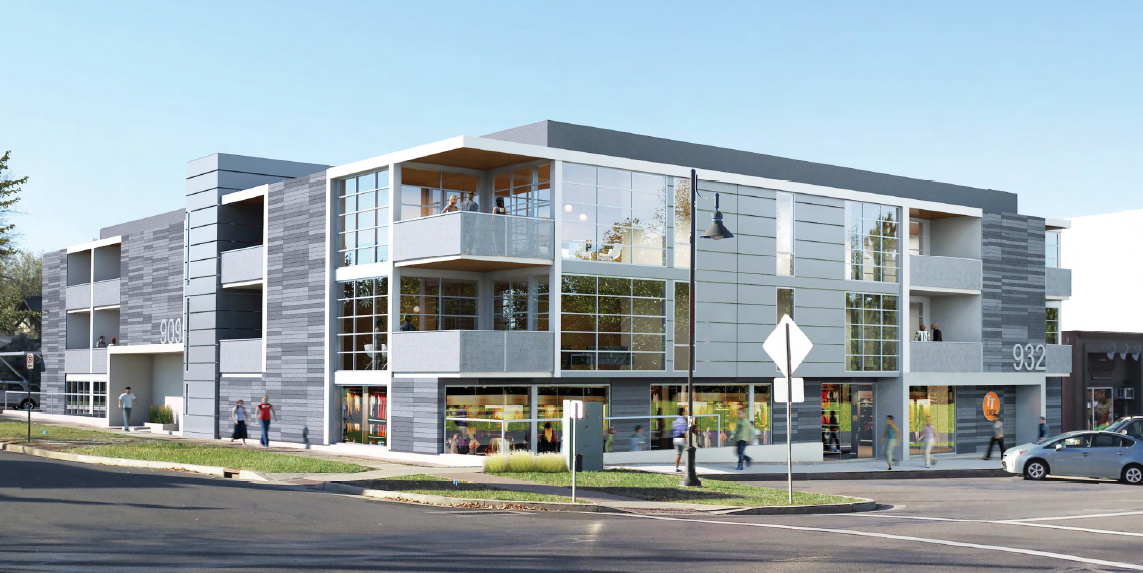 It’s been almost two years since the Salt Lake City Planning Commission approved a Conditional Building and Site Design Review (CBSDR) for a controversial mixed-use project proposed for the 9th and 9th neighborhood.  But after nearly two years and legal fights with neighbors, the development, planned for the southeast corner of the 900 South and Lincoln Avenue intersection, is moving forward with new developers and a slightly updated project.

The project first went before the Planning Commission in February of 2015.  That meeting was contentious with neighbors, already frustrated with the lack of parking on Lincoln Avenue, decrying the size of the project and the number of parking stalls planned at the time.  The pushback from the neighbors led the commission to narrowly reject the project.

In May of 2015, the developers returned to the commission for approval after Salt Lake City Appeals Officer, Mary J. Woodhead, sent the denied project back to the Salt Lake City Planning Commission arguing that the commission’s reasons for rejecting the project weren’t sufficient because the project exceeded the minimum parking requirements and was similar is size and scale to adjacent projects on 900 South.

The original proposal called for a three-story mixed-use building with two floors of residential above a ground floor parking structure with and 5,000 square feet of commercial space and a lobby/common area fronting 900 South.  The project was originally going to consist of 28 residential units, mostly studio and one-bedroom units, and 25 onsite parking stalls.

According to Aaron Arbuckle, a principal architect with Arch Nexus and representative of the developers, the updated project essentially matches the previously approved design, with only some slight changes.  The project will still include 28 residential units, but those units will instead be one and two bedroom units.  The number of onsite parking stalls has increased from 25 to 29 to ensure that there is one parking stall per residential unit.  The commercial space has been reduced by over 1,000 square feet going from 5,000 to under 4,000 square feet.

The updated parking count doesn’t include expanded on-street parking that will be included.  The project replaces the one-story Beauty Supply store and a surface parking lot.  Because structured parking will be accessed via Lincoln Avenue, the repurposed entrance to the surface parking lot on 900 South will allow for at least two additional on-street stalls.

The developers are waiting for approval of their building permit before construction will start.   Although the project has already been approved, representatives of the project will present the updated plans to neighbors next week at the East Liberty Park Community Organization meeting Thursday, February 23 at 7 p.m. in Tracy Aviary’s Education Room (SW Corner of Liberty Park).