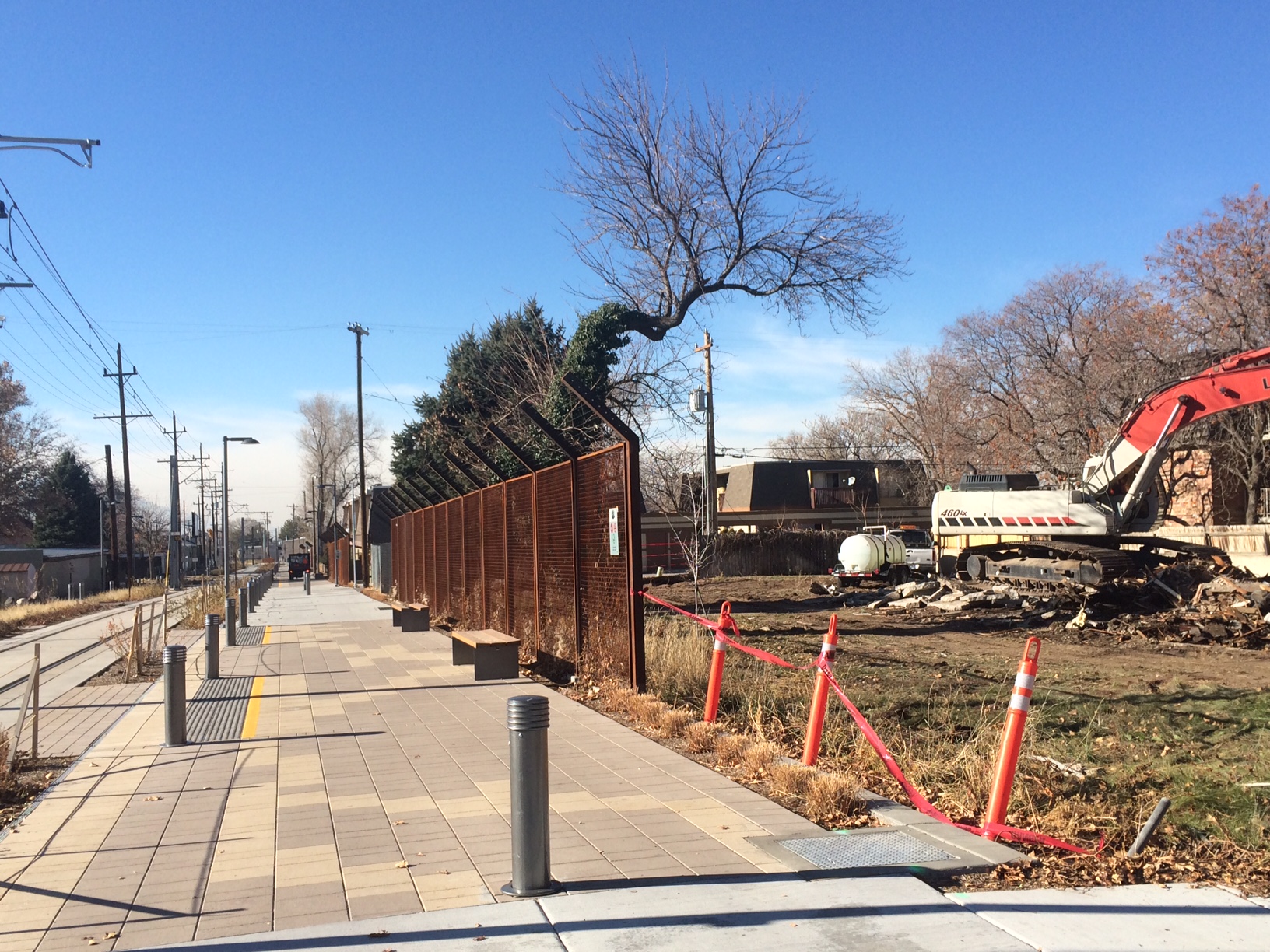 The S-Line streetcar and greenway have been an economic boon to the Sugar House neighborhood.  Salt Lake City leaders argue that the streetcar has been a catalyst for nearly $400 million in development within walking distance to the rail line.  Most of this new development has been centered in the Sugar House central business district and does not front the greenway or streetcar line.

Construction is currently underway on what appears to be the first new development to intentionally engage with the streetcar.  Sego Homes, known for building energy-efficient townhomes in Daybreak, plants to build four attached single-family townhomes that will front the S-Line streetcar and greenway near 2200 South and 800 East.

The Salt Lake planning commission approved variances to the setback and street frontage requirements in November.  The variances will allow the townhomes to front the greenway instead of 800 East.  Current zoning requires that the property has a minimum of a 20-foot setback for both front and rear yards.  The townhomes will have zero rear yard setback and a 13-foot front yard setback from the greenway.  The reduced setback is intended to allow the homes to directly engage with the streetcar and greenway.  All four townhomes will be three-stories tall with a first-floor garage accessed from a rear driveway connecting to 800 East.

The development will replace what was a single-family detached home that previously occupied the lot.

The next planned expansion phase of the S-Line is to extend the line to the intersection of 2100 South and Highland Drive.  The city applied for a Transportation Investments Generating Economic Recovery (TIGER) grant in April to help fund the estimated $14.1 million extension but later failed to win the grant.  The city will most like apply again in 2015.

The third phase of the streetcar line extension will extend the line up to 1700 South and 1100 East.