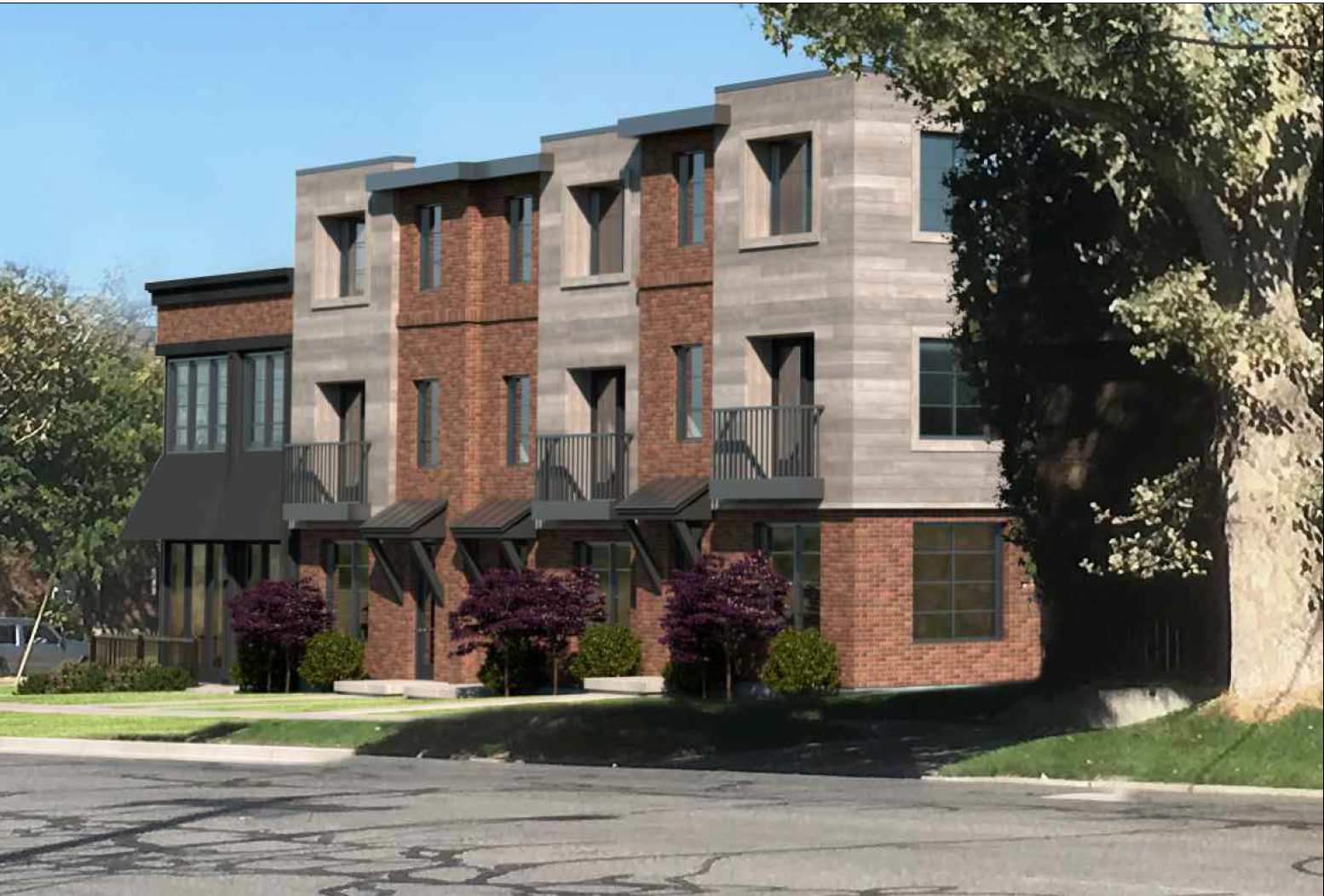 Another missing middle project is now underway in the Marmalade/West Capitol Hill neighborhood.  Construction will soon start on the 2nd and 2nd Apartments at the northeast corner of the 200 North and 200 West intersection.  The project replaces a long-vacant mechanic’s garage that was previously the home of the Car Care Center.  Crews demolished the garage earlier this month.

The south building will front 200 North and will consist of three residential units and the commercial space.  The building will be set back 12 feet from the sidewalk with walkways connecting the units to the street.  The commercial space will be a floor shorter than the adjacent apartments and will occupy the building’s southwestern corner with entrances facing both 200 North and 200 West.  The entrances to south building’s residential units will front 200 North.

The north building will have four residential units.  The building will front a private street directly south of the 200 North-facing building.  Because the building doesn’t face a public street the developers opted to place just two entrances to the entire building at the building’s east and west ends.  The two westernmost units will share an entrance off of 200 West.  The two easternmost units will share an entrance that will front a walkway that will run east of both buildings connecting the units to 200 North.

Each townhome apartment will have two bedrooms on the third floor, living space on the second and a garage and bonus room on the ground floor.  The garages in both buildings will front the shared private drive that bisects both structures.

The Historic Landmark Commission approved a special exception and new construction request just over a year ago.

The project is one of four townhome developments under construction in the West Capitol Hill/Marmalade neighborhood.  The other three projects, The Grove at Marmalade, the Almond Street townhomes and the Marmalade Courtyards, will add a combined 59 new, for-sale housing units to the area just north of downtown Salt Lake City.