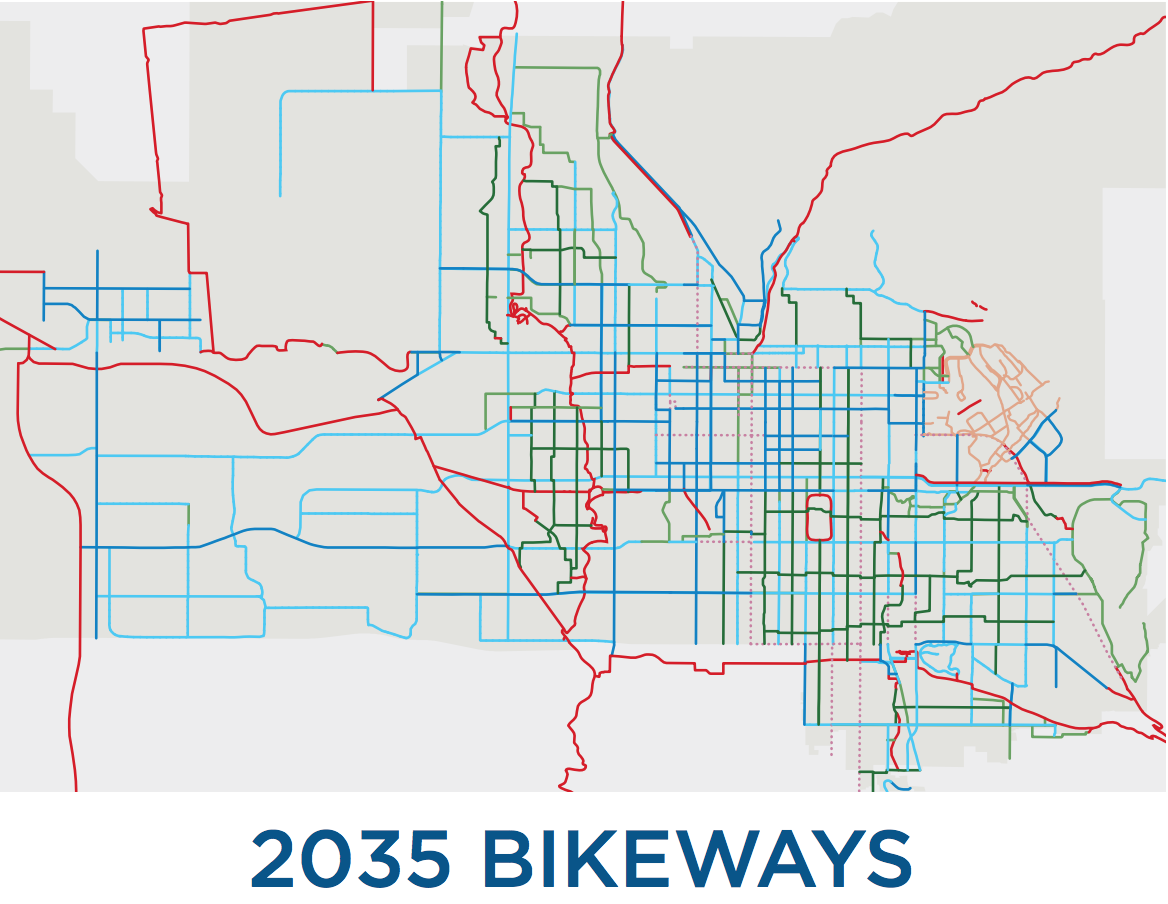 Building Salt Lake has regularly argued the need for more complete streets and their impact on walkability, vibrancy and traffic congestion.  But with the Funding our Future campaign underway, reminding our officials of the need for more complete streets is increasingly imperative as officials pursue new funding mechanisms for needed upgrades to the city’s transportation network.

The Mayor’s office and City Council are exploring putting a General Obligation Bond on the 2018 ballot and enacting a 0.5 percent sales tax increase that could add $120 million to the city’s budget with $87 million in one-time funds through the bond and $33 million in yearly funds from the sales tax increase.

If approved, the city can only use the bond’s funds toward specific projects outlined in the original bond proposal.  The city would have more flexibility on how to spend the additional revenue from the sales tax increase.  The city has identified affordable housing, public safety, transit and road repairs as the top priorities for any new revenue.

But the conversation on how new revenue can be and should be used needs to include not only repairing our city’s streets but enhancing them by fulfilling the city’s adopted vision for friendlier streets.

The city is just three years into its Bicycle and Pedestrian Master Plan, a plan that seeks to create more complete streets (streets that accommodate pedestrians, cars, transit and cyclists) and expand the city’s network of low-stress bikeways.

Under the plan, the city has until 2035 to build 220 miles of bikeways.  The plan also emphasizes the need for low-stress (protected) bikeways that encourage bicycle use and help cyclists feel safer riding on city corridors.

Low-stress bikeways or cycle tracks can be done for around the same costs of adding a traditional bikeway.  The bikeway on 300 East in Salt Lake is evidence that just deciding where to paint the lane and orient the cars can create a low-stress bikeway.

Officials were clear on the need for more streets that accommodate all modes of traffic and get people out of their cars.  “With some changes to street designs for bicycling and walking, motorists may be concerned that lanes are being taken away or congestion created. In reality, many street changes increase safety and comfort for motorists as well as bicyclists and pedestrians. Lane repurposing designs, such as from four automobile lanes to three automobile lanes with a center turn lane and new bike lanes, improve driver safety. Providing pedestrian and bicycle facilities also increases predictability interactions between motorists and those walking or bicycling, thus creating a safer and more comfortable environment for everyone” (Bicycle and Pedestrian Master Plan 1.3.4).

Under the complete streets ordinance in the Bicycle and Pedestrian Master Plan, city officials gave themselves the mandate to increase the number of walkable and cyclable streets.  Even with a new administration and city council, our leaders are not exempt from carrying out the city’s vision for an expanded bike network and more walkable, safe streets.

Some residents don’t respond positively to change, but over time those same residents have adapted to previously controversial road improvements like the redesign of 300 South.  Recently officials have capitulated to the demands of a few louder residents, abandoning or changing plans for key corridors.  But if City officials are serious about creating a healthier, more accommodating city then any conversation about infrastructure funding must be attached to carrying out the city’s self-imposed mandate of making our city more walkable and bike friendly.